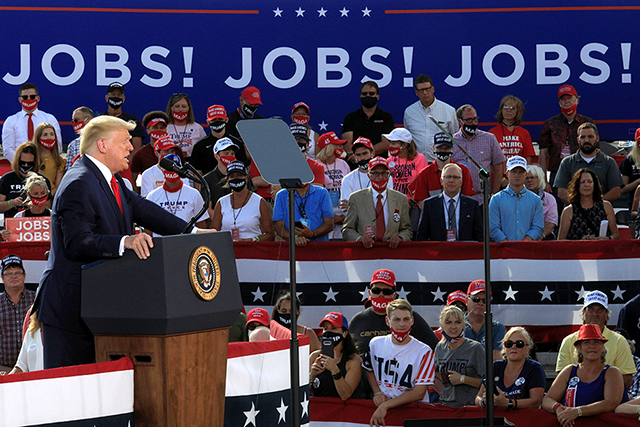 Until this month, Minnesotans receiving unemployment benefits got an extra $600 a week added to their checks through the Federal Pandemic Unemployment Insurance program, part of Congress’ March COVID-19 relief package. When that program expired at the end of July with no congressional extension in sight, President Donald Trump promised a fix: Through executive action, he would give people $400 per week.

But Trump’s new program has created a lot of headaches, and Minnesotans on unemployment shouldn’t expect to see the money any time soon.

Nor should they expect to receive that full $400, either. That’s because Trump’s order only provides for $300 from new federal sources by allocating $44 billion from FEMA’s Disaster Relief Fund. The other $100 in benefits is supposed to be paid by the states. But the legality of such an order from the federal government is murky — Sen. Ben Sasse of Nebraska called the order “unconstitutional slop,” words echoed by House Speaker Nancy Pelosi in an interview several days later. And even if it is legal, the orders also appear to allow states to count benefits they are already paying toward this contribution, meaning workers will probably receive only an additional $300 per week — half of what they were getting before.

For now, the Minnesota Department of Employment and Economic Development (DEED) is unsure how to implement the new program and has no timeline for when it might be available to workers. “Minnesota received initial guidance late Wednesday from the U.S. Department of Labor,” said Rita Beatty, a spokesperson for DEED. “However, it does not provide the detailed information the state needs to administer the program. We have requested additional information.”

So far, only seven states have been approved to implement it: Arizona, Colorado, Iowa, Louisiana, and Missouri, New Mexico, and Utah. If most states sign on, it’s unlikely the $44 billion in funding will last more than a few weeks.

Minnesota has sent a letter to both FEMA and the Department of Labor, noting their intent to apply. But Beatty said the program can’t begin until Minnesota receives answers to its questions about the program and until the state receives the money from FEMA.

Responding to the executive order, the National Governors Association, a bipartisan group of governors from around the country, said that while they appreciate the proposal, they want Congress and the president to go back to negotiating a more substantial long-term solution.

“Already facing a dire financial reality, states have had yet another significant fiscal and administrative burden placed upon them by the recent presidential order to provide certain unemployment benefits by using disaster-relief funds and a new contribution by states,” the group said in a statement.

In a briefing with Trump and governors from around the country earlier this month, Gov. Tim Walz also expressed similar concerns about the new program, according to the Washington Post. Representatives for the governor’s office declined to comment for this story.

No relief from Congress in sight

Senate Republicans on Tuesday started advocating for a smaller unemployment benefits package that would codify the $300 per week benefit into law. But the Senate currently remains in recess.

Senate Majority Leader Mitch McConnell said on Monday that he hopes the impasse ends soon, according to The Hill, but negotiation is currently unlikely, with Democrats and Republicans still unable to reach an agreement on the additional unemployment benefit.

“We are miles apart in our values,” Pelosi told reporters last Thursday at her weekly press conference.

Many of Minnesota’s cities and regional governments are still waiting for coronavirus relief from the federal government in order to maintain basic services, like fire departments and trash collection. In May, Duluth’s Mayor, Emily Larson, told MinnPost: “We are being financially decimated.” 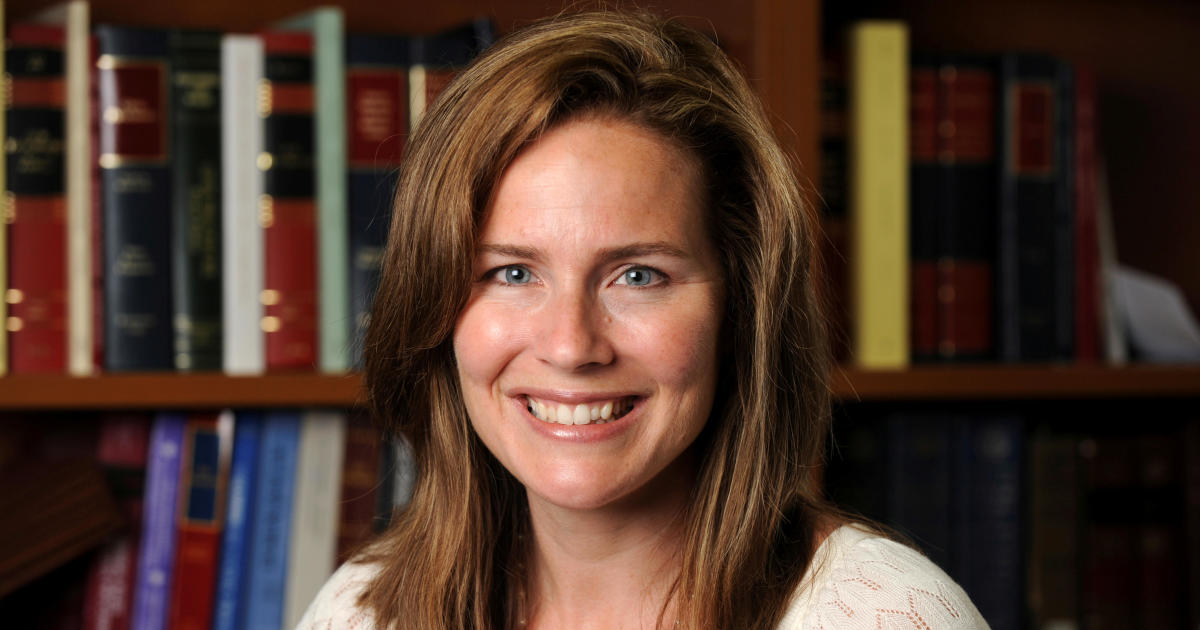 News
Republicans have said they want to confirm Amy Coney Barrett before El...

News
I've known Amy Coney Barrett for over 20 years. Her intellect and... 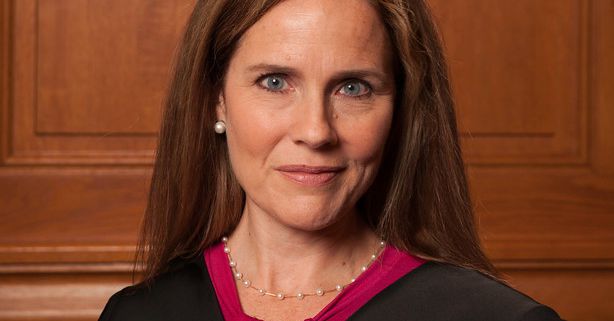 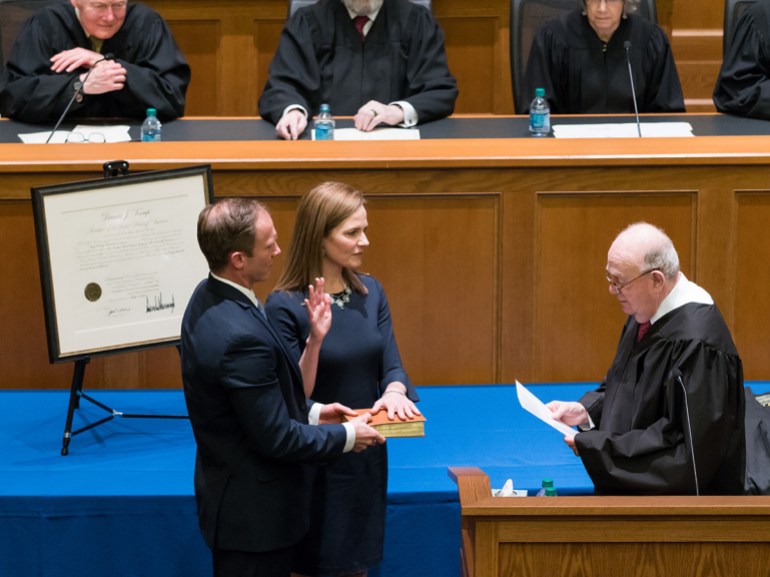 News
‘Wrecking ball’ or ‘nothing to fear’? US reacts to Trump’s pick 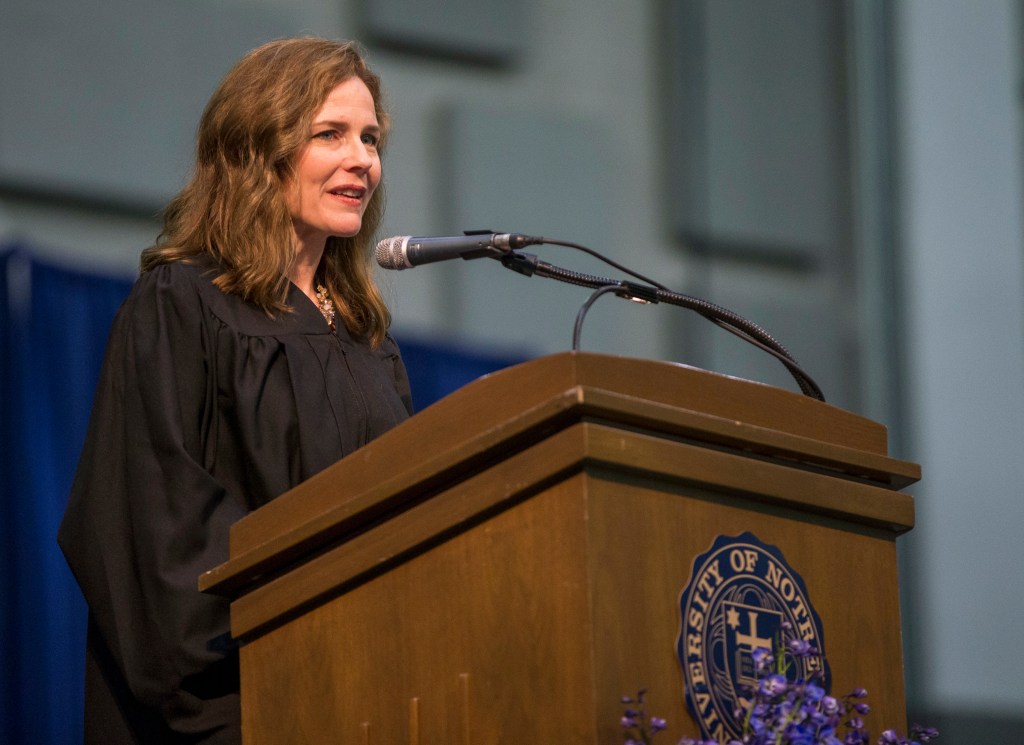