Nine months ago, when Notre Dame Coach Muffet McGraw told the web site ThinkProgress.org she would never hire another male assistant coach to her staff — a story that blew up when she repeated it a week later at the Final Four — her words stung Lynx Coach Cheryl Reeve.

As a young coach, Reeve admired McGraw as mentor and a role model. She still does. Reeve always considered herself an advocate for women, using her standing as one of the most successful coaches in WNBA history to push for various causes. But suddenly Reeve realized she was falling short in an important area — promoting and preparing women to be head coaches.

That reality slapped Reeve hard again earlier this month when the New York Liberty hired young Lynx assistant Walt Hopkins as head coach. Hopkins, 34, is the second Lynx male assistant to land a head coaching job in two years, following James Wade, the WNBA Coach of the Year in his rookie season in Chicago. It might have been three in five years had former assistant Jim Petersen accepted the Connecticut Sun job offered in 2016.

Hopkins’ hiring gives the league eight male and four female head coaches, a breakdown Reeve calls “disgraceful,” even though Reeve inadvertently contributed to it. And all four of the women are white, in a league where, like the NBA, most of the players are not. (Wade and Derek Fisher in Los Angeles are the league’s only black head coaches.)

So Reeve vowed to assemble an all-female Lynx staff for 2020 and beyond, with an eye on training future head coaches. She hired Katie Smith, the Hall of Famer and former Lynx great fired as head coach in New York after two seasons, as her lead assistant. Smith will be formally introduced Tuesday at a press conference. Plenette Pierson, the retired WNBA power forward Reeve brought on as a rookie third assistant last year, moves up to the second seat.

With longtime Lynx lead assistant Shelley Patterson likely joining Hopkins in New York, Reeve plans to tap former players as a third assistant and a video coordinator, the latter an entry-level job that often leads to a coaching position.

“When Muffet took that stance, the passion she spoke about, as much as I advocate for women, it dawned on me I was doing a poor job to the cause of more women in coaching, particularly the WNBA,” Reeve said.

“Being further along in my career, knowledge of society and how things are working, you get to the point where you say, she’s right. And until we take a drastic stance, drastic measures, what’s going to change, and what role did I have in it? It can’t just be Muffet. Drastic times called for drastic measures. I believe this is a crisis, and we have to treat it like a crisis.”

Reeve says this isn’t about Hopkins, Wade, or any of the league’s male head coaches. She worked for two of them: Dan Hughes in Cleveland and Bill Laimbeer in Detroit. It’s about a hiring process that she believes favors men over women, and makes it more difficult for ex-players to get a foot in the door.

“We have a lot of men we’ve surrounded ourselves with that believe in the women’s game and want to be in the women’s game, James and Walt included,” Reeve said. “But there’s an underlying problem that men can be fast-tracked into positions of leadership, and there are countless numbers of former women’s players, be it college or WNBA, that want to coach and aren’t getting the same opportunities. I just want to have a laser focus on a way I can be part of the solution in creating the next opportunities for women’s coaches.”

It’s not like there’s any shortage of candidates if anyone looks hard enough. Per the Tucker Center’s most recent Women in College Coaching Report Card, 61.2 percent of NCAA Division 1 women’s basketball head coaches last season were women. McGraw’s all-female staff, however, is unusual; only 14.2 percent of Division 1 staffs are built that way. One is Minnesota, where Lindsay Whalen hired an all-female staff with two former head coaches in Danielle O’Banion (Kent State) and Kelly Roysland Curry (Macalester).

Two minutes of brainstorming with Reeve elicited a half-dozen names of qualified women she believes can coach in the WNBA. Dawn Staley of South Carolina. Kim Mulkey at Baylor. Felisha Leggette-Jack of Buffalo. George Washington’s Jen Rizzotti. Notre Dame assistant Carol Owens. And, of course, Whalen, who was on track to join the Lynx staff until the University of Minnesota hired her straight off the court as head coach. (Whalen spent the week embroiled in her first crisis, suspending leading scorer Destiny Pitts, who plans to transfer, while benching top rebounder Taiye Bello and her sister Kehinde. Not good.)

Reeve said she has heard from plenty of former players about her vacancies. No matter who she chooses, Reeve said she’s amenable to sharing that list with the league or any other team with a staff vacancy.

“We have situations where people go, ‘I’d like to hire a woman, I just can’t find one,’ “ Reeve said. “What I hope to do in our process is not to just hoard a list of names for ourselves. I want to be a conduit to say, hey, we hired so-and-so and so-and-so, but here are ten names, some good names, so we all can do better. If I have to do the work for some people, that’s okay. However we get there.”

Hopkins, too, said he is committed to hiring more women, from basketball operations to the business side

“That’s central,” Hopkins said in a telephone interview. “Every single person we hire, that’s a part of what we think about. Creating a pipeline for coaches is one focus. As I’m going through a pool of possible assistants, it’s top of mind right now. We see not just bringing in women, but bringing in women of color, hiring people of color, as also being an impetus in what we’re looking at.”

Hopkins was a key hire for Reeve three years ago, brought in to oversee skills development at a time most Lynx veterans skipped the winter overseas season to train in the U.S. Last season he added more scouting duties. “Just having time around that organization and around those people undoubtedly is going to be a huge part of my preparation for this position,” Hopkins said.

His departure, and Patterson’s, means no assistants remain from the 2017 staff that won the club’s fourth WNBA title in seven years. Patterson joined the Lynx with Reeve in 2010, and her low-key teaching and scouting were vital to the championship seasons. The Liberty’s first visit to the Target Center on June 5 should be entertaining, coming five days after the teams meet in Brooklyn. 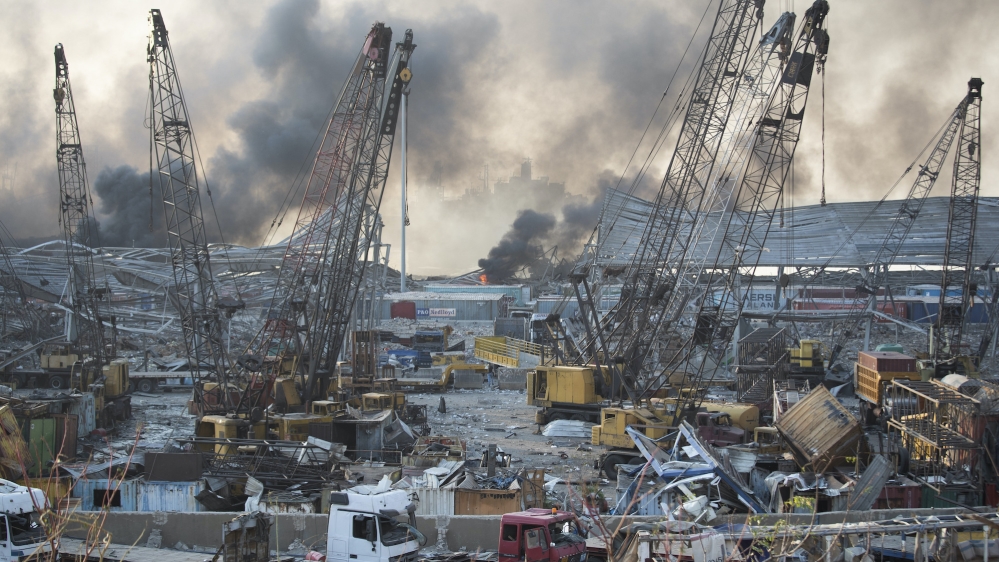 News
Lebanon is on track to become a failed state 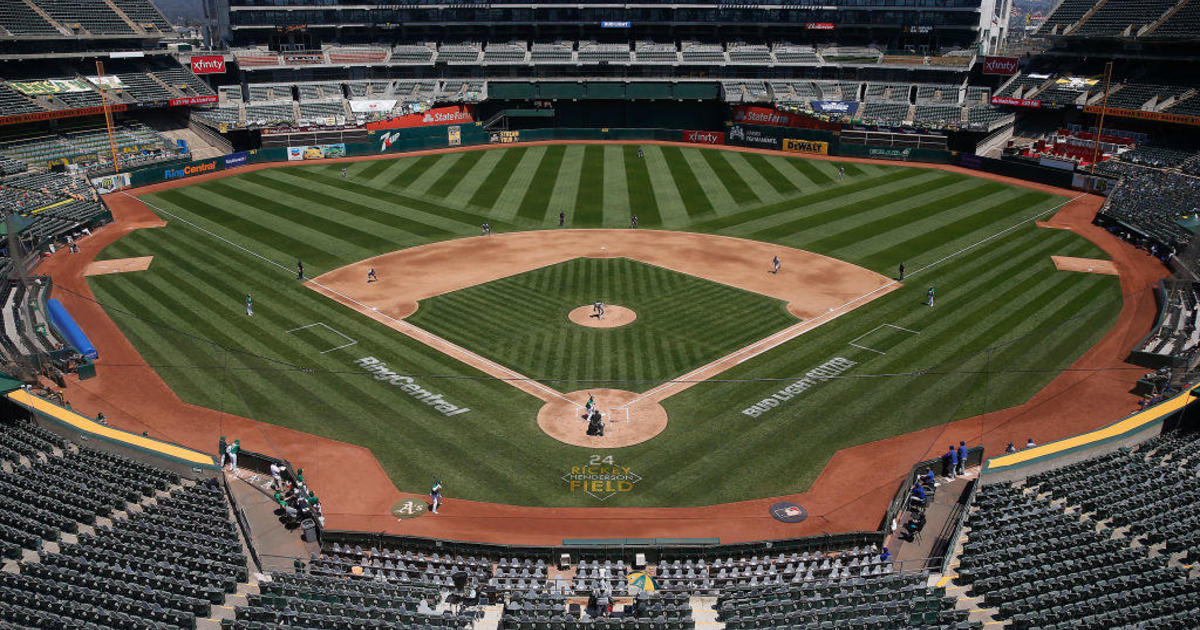 Travels
The Latest: Number of cases on Norwegian ship rises to 62 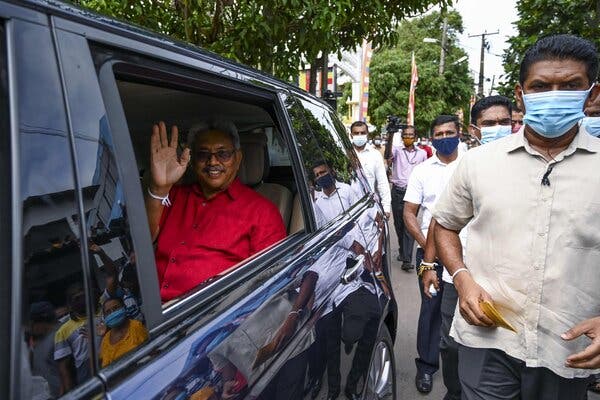 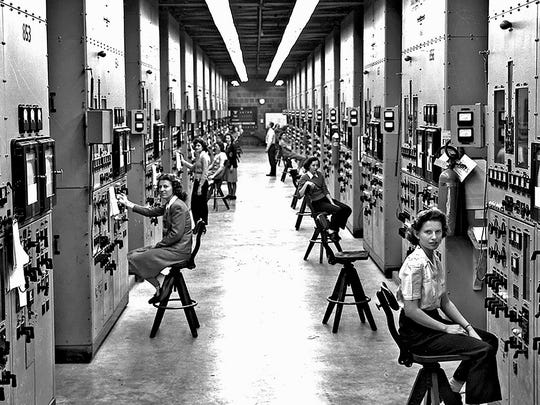