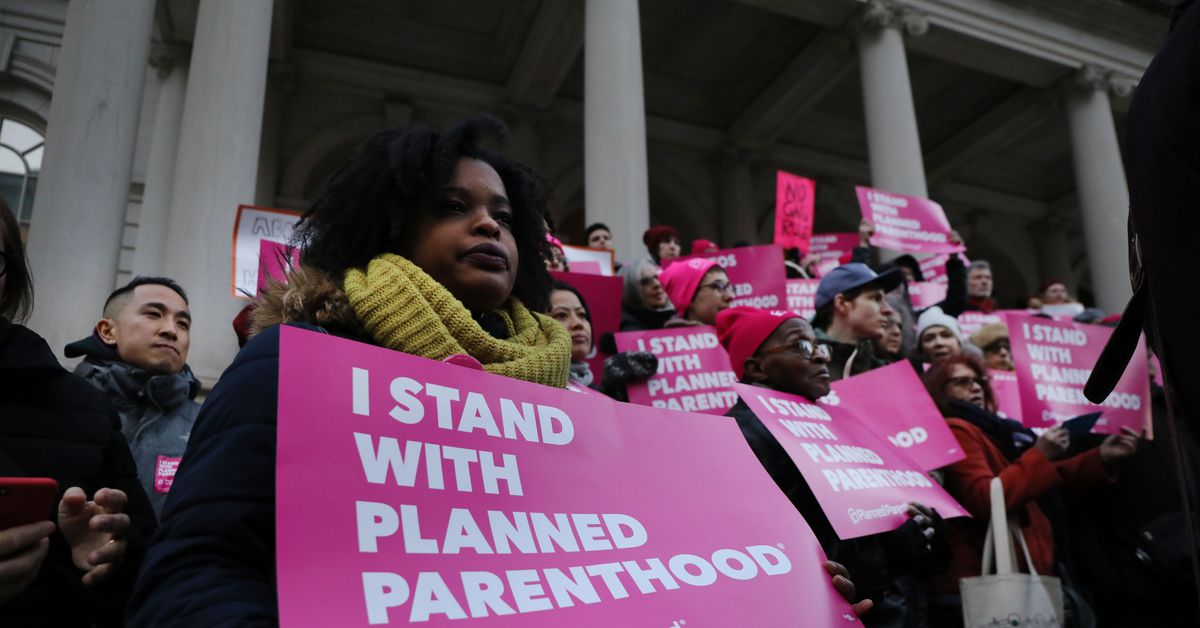 Earlier this year, 38 Planned Parenthood affiliates around the United States received over $80 million in loans from the federal Paycheck Protection Program (PPP). Now, the Small Business Administration (SBA) is pressuring those affiliates to return the loans, arguing that they were not eligible for them in the first place.

The loans, distributed as part of a program designed to help small employers keep paying their staff during the economic crisis brought on by the coronavirus pandemic, were crucial for the clinics that received them, Planned Parenthood representatives say.

In normal times, the clinics provide reproductive health services from STI testing to contraceptive counseling to abortion. But with coronavirus spreading across the country, clinics have had to space appointments out, convert some in-person visits to phone consultations, and cancel fundraisers, leaving them with a drop in revenue, Stephanie Fraim, the chief executive of Planned Parenthood of Southwest and Central Florida, told Vox.

Thanks to the PPP loan, she was able to keep all of her staff employed and launch a telehealth program to offer prescriptions for hormone therapy for gender-affirming care, among other services. “Not only did we not lay anyone off, that meant health care got delivered to lots of patients,” Fraim said.

The SBA wants Planned Parenthood affiliates like Fraim’s to return their PPP loans, claiming that because the clinics are overseen by the nationwide Planned Parenthood Federation of America, which has more than 500 employees, they are not eligible for a loan program meant for smaller employers. Amid this pressure from the SBA, Republicans in Congress are calling on the Department of Justice to investigate whether Planned Parenthood committed fraud by applying for the loans.

The affiliates, meanwhile, argue that their leadership and finances are separate from the nationwide group — and other local affiliates of national nonprofits, like the YMCA, have received PPP loans without issue. Planned Parenthood affiliates say they’re being singled out by the Trump administration because some of their clinics provide abortions, although the PPP money cannot be used to pay for them.

“This is clearly a targeting,” Fraim said.

Many Democrats in Congress agree, with 41 senators sending a letter to the SBA on Friday urging the agency not to target PPP recipients for political reasons.

The Trump administration has long worked to strip funding from Planned Parenthood — for example, a new rule governing Title X family planning funds forced the group to drop out of that program. And when the coronavirus pandemic hit, some feared the administration would use the crisis to continue its attacks on the group.

The SBA claims it is just enforcing eligibility requirements when it comes to the PPP funds. But according to the affected affiliates, that’s not what’s happening. “This is so obviously another attack on Planned Parenthood and our health care and the patients we serve,” Fraim said.

Then, in mid-May, the SBA started sending letters to affiliates instructing them to give back the money. The letters, obtained by NPR, say that “PPFA is known to have and to exercise control over its local affiliates,” and that the affiliates’ status “in the nationwide PPFA network subject to direction from PPFA on a number of management issues” makes them ineligible for PPP loans.

The letters also say that if borrowers make knowingly false statements in a PPP application, the SBA may refer them “for appropriate civil or criminal penalties.”

Meanwhile, 26 Republican senators sent a letter to Attorney General William Barr on May 21, asking him to investigate the affiliates for fraudulently applying for the loans, as CBS News reports. The affiliates “applied for and received approximately $80 million in loans from the Paycheck Protection Program, despite actual knowledge that they were ineligible for such loans,” the letter states.

However, the affiliates argue they are eligible for the PPP loans, since they are separate from the national PPFA organization.

“I am a separate 501(c)(3),” Fraim told Vox. “I file separate taxes — the IRS certainly understands that.” She also notes that her affiliate and others have separate boards of directors from the national group, with their own power over hiring and firing.

Fraim knew Planned Parenthood would likely get a different level of scrutiny from the government when they applied, so her team was sure to read the PPP application criteria extremely carefully, she said. “It was crystal clear that we qualified.”

Planned Parenthood’s affiliate structure is similar to other nonprofits, like the United Way, she added, noting those groups have not been asked to return their PPP loans.

SBA press director Carol Wilkerson, meanwhile, said in response to an inquiry from Vox that the agency does not comment on individual borrowers.

It’s in part because other, similarly structured organizations have faced no calls to return their loans that both the local affiliates and the national Planned Parenthood organization believe the SBA letters and calls by Republican senators are motivated by politics. But it is also because the Trump administration and Republicans in Congress have habitually sought to withdraw federal funding from the group because it provides abortions. Long before the new Title X rules were put in place, congressional Republicans — including now-Vice President Mike Pence — were proposing bills to cut Planned Parenthood’s funding. And President Donald Trump has told anti-abortion activists, “Unborn children have never had a stronger defender in the White House.”

But PPP funds are limited in scope. They are meant to be used primarily to cover the costs of payroll, rent, and utilities. This, coupled with the fact the Hyde Amendment prohibits the use of federal funds for abortion, means PPP funds have not been used for abortion procedures. Still, attempts to have affiliates return their PPP funds are an attempt to weaken the group and reduce access to abortion care in the long term, Planned Parenthood and its supporters believe.

“This is a deliberate strategy by Trump and his allies in the Senate to exploit a public health crisis to gut essential reproductive health care, including abortion access and STI testing and treatment,” Jenny Lawson, executive director of Planned Parenthood Votes, said in a statement on May 22.

Democrats in Congress, meanwhile, are calling on the SBA to reconsider. “It is critical that the SBA implement the PPP as Congress directed, without ideological efforts to treat certain nonprofit organizations differently from others,” Senate Minority Leader Chuck Schumer (D-NY) and 40 other senators wrote in a May 23 letter.

In the CARES Act, the PPP program ensured nonprofits that meet the qualifications would be eligible for help.

You need to stop the ideologically-driven action against Planned Parenthood’s local health centers to score political points for the Trump admin. pic.twitter.com/rv8Cxkwl8T

Some Republicans in Congress counter that Planned Parenthood affiliates should be compared to other large organizations that have returned PPP funds in recent weeks.

“That’s what the Los Angeles Lakers have done. That’s what Shake Shack has done,” Sen. James Lankford (R-OK) told NPR. “So other organizations that it was exposed that they should not have taken the money have returned the money, so that would be the reasonable thing for them to be able to do.”

Given the Trump administration’s history with Planned Parenthood, however, many have been concerned it might discriminate against the group during the pandemic. For instance, Mary Alice Carter, a senior adviser at reproductive health watchdog group Equity Forward, wondered in a February interview with Vox whether the Trump administration would decline to ship coronavirus testing kits to Planned Parenthood facilities.

Now, Planned Parenthood affiliates believe the Trump administration has found a different way of continuing a campaign against the group, at a time when the stakes may be higher than ever.

“This is a pattern we’ve seen before,” Fraim said. “I never thought they would stoop so low as to do it during a pandemic when, frankly, what we should be doing is caring for our community.”

Every day at Vox, we aim to answer your most important questions and provide you, and our audience around the world, with information that has the power to save lives. Our mission has never been more vital than it is in this moment: to empower you through understanding. Vox’s work is reaching more people than ever, but our distinctive brand of explanatory journalism takes resources — particularly during a pandemic and an economic downturn. Your financial contribution will not constitute a donation, but it will enable our staff to continue to offer free articles, videos, and podcasts at the quality and volume that this moment requires. Please consider making a contribution to Vox today. 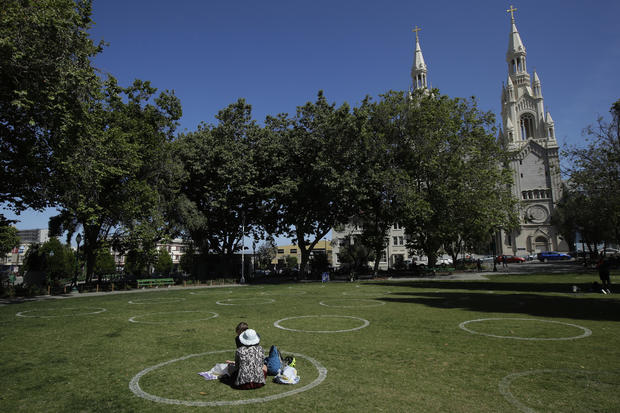 Policy
Newsom issues guidelines for houses of worship to reopen 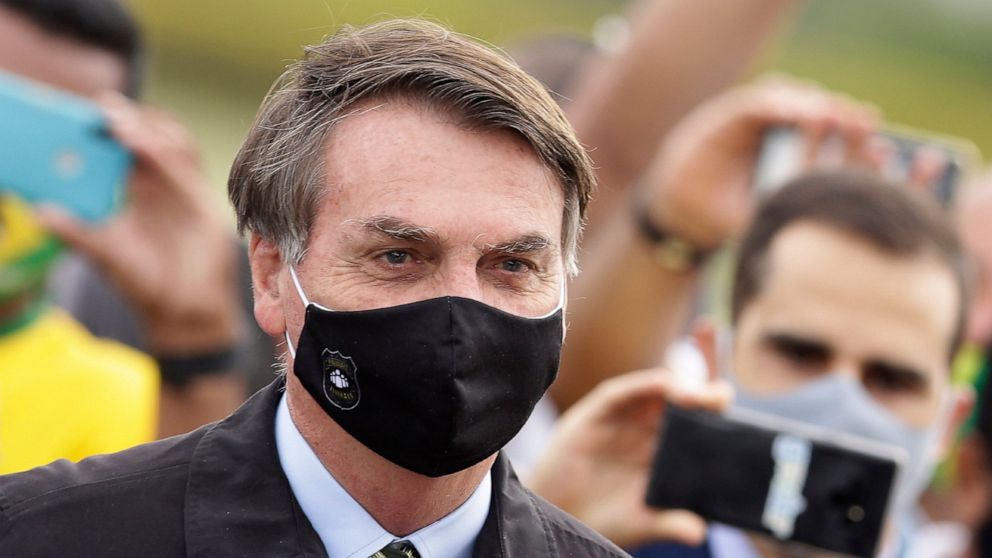 World News
In Bolsonaro's Brazil, everyone else is to blame for virus 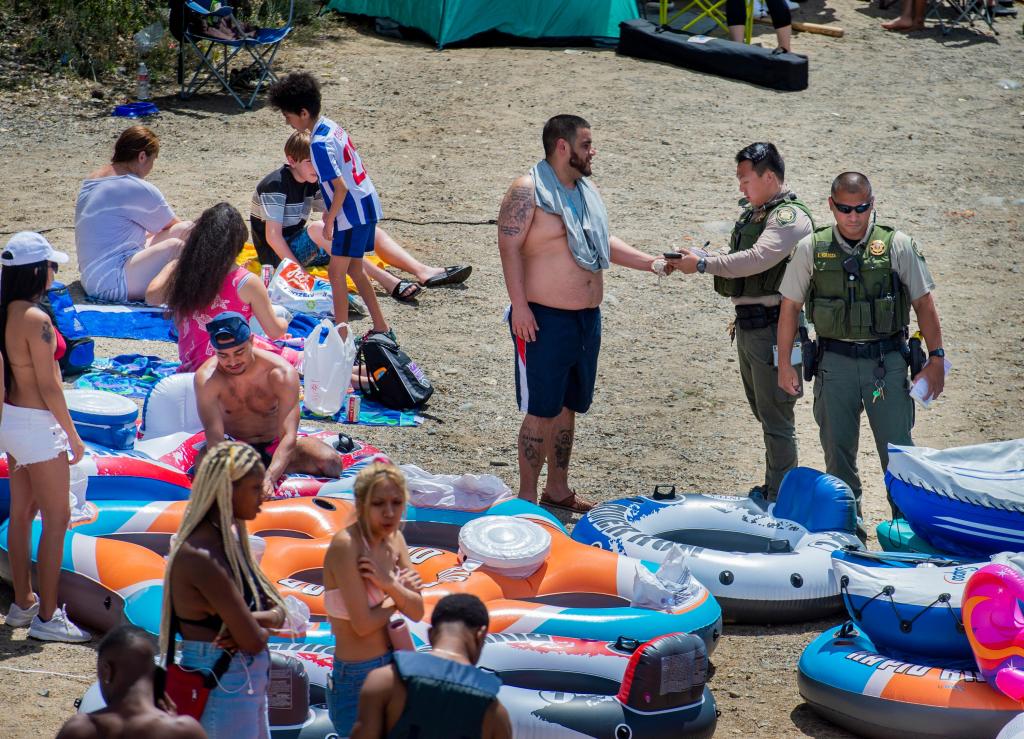 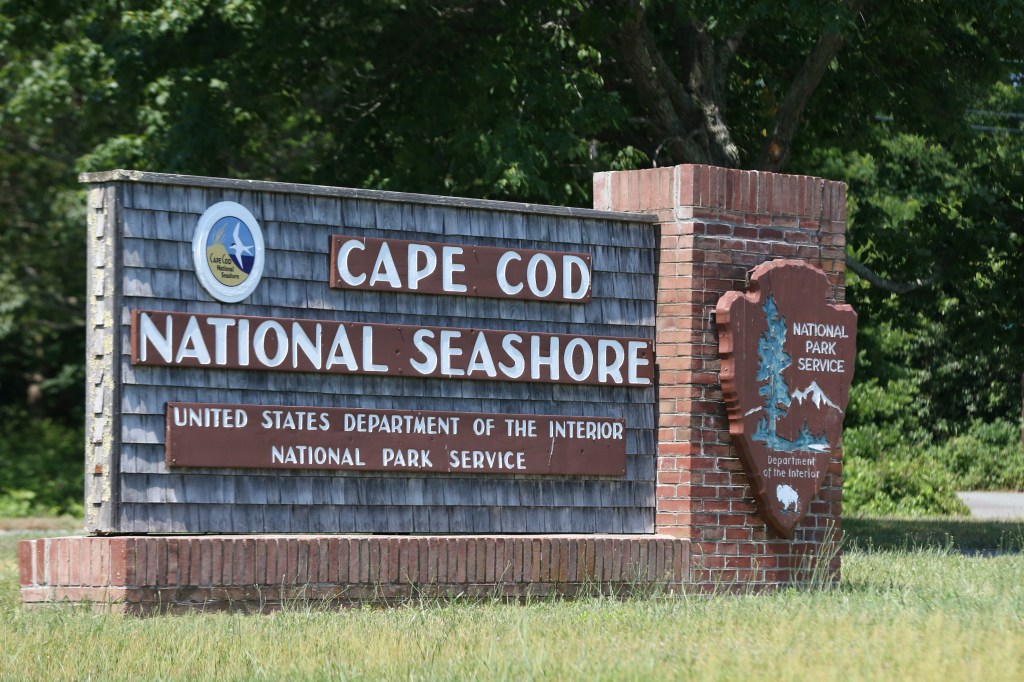 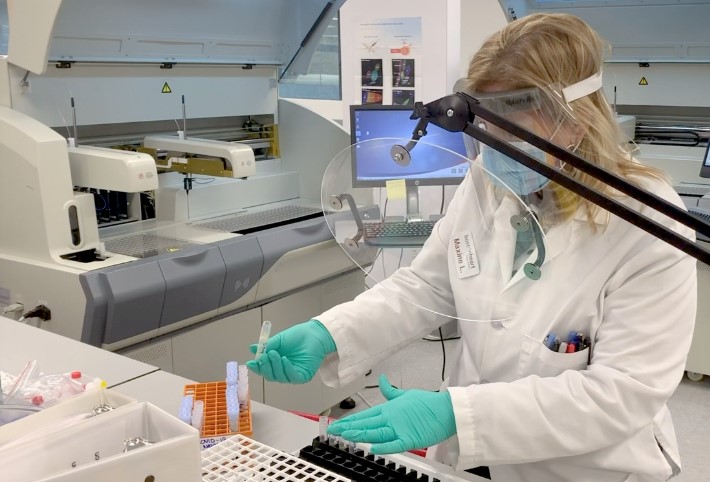 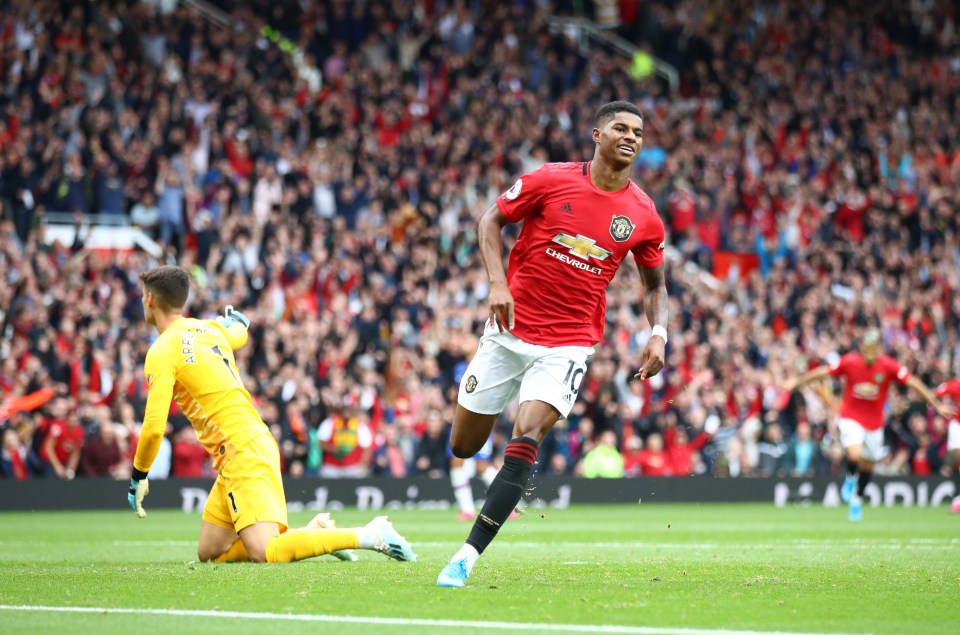 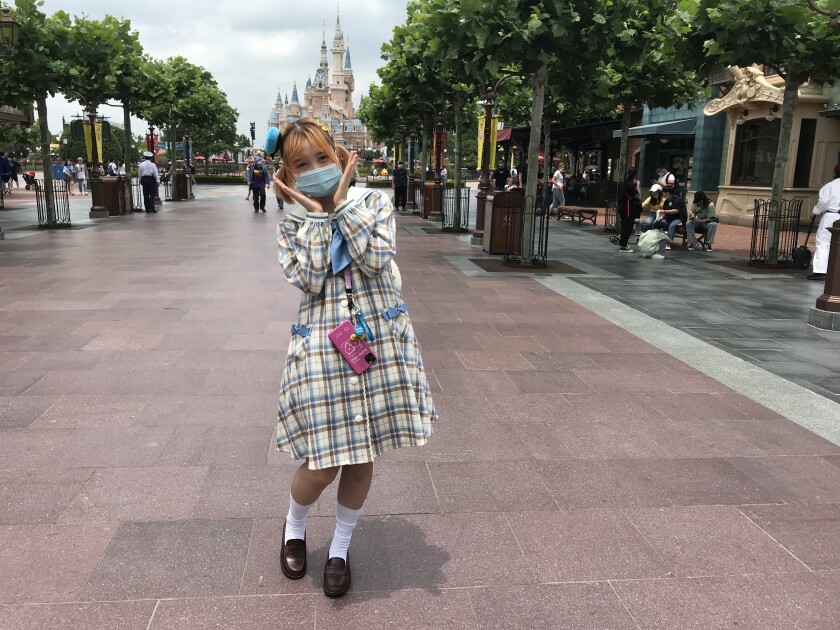