With less than a month left until the start of the 2021 NFL draft, some of the first-round pieces are starting to fall into place.

Much of the picture still remains murky, but a few teams’ plans are starting to crystalize. With the New York Jets sending quarterback Sam Darnold to the Carolina Panthers in a trade Monday, both franchises sent clear signals about how they view their short-term plans behind center. But with three signal-callers poised to be taken in the top three picks for the first time since 1999, a historic rush at the position looks to be the defining trait of this year’s class.

With all that in mind, here’s our latest first-round projection:

1. Jacksonville Jaguars – Trevor Lawrence, QB, Clemson: It didn’t take Urban Meyer acknowledging this is the direction the Jaguars are headed to certify this selection. A wire-to-wire favorite for the No. 1 spot, Lawrence has rendered moot much of the speculation inherent to the NFL draft industrial complex. Now it’s up to Jacksonville to upgrade Lawrence’s Year 1 supporting cast while also trying to fill sizable holes on defense.

2. New York Jets – Zach Wilson, QB, BYU: The Darnold trade clears a runway for Wilson to make a smooth landing in East Rutherford. General manager Joe Douglas doesn’t appear to be interested in stoking much uncertainty about his intentions, responding to Steve Young’s contention that New York had zeroed in on Wilson by saying Tuesday, “Steve’s plugged into BYU pretty well.” With Douglas paving the way for his signal-caller to start from Day 1, the pressure is on to deliver the protection and skill-position talent Gang Green failed to afford Darnold.

3. San Francisco 49ers (from Houston Texans via Miami Dolphins) – Justin Fields, QB, Ohio State: The real mystery of the draft begins here, as it’s anyone’s guess as to whether coach Kyle Shanahan and GM John Lynch favor Fields, Alabama’s Mac Jones or North Dakota State’s Trey Lance. For as much buzz as there has been around Jones for this spot, Fields still sizes up as the best and most reasonable option. Armed with pinpoint accuracy and an aggressive-but-calculated mindset, he can unlock new dimensions for Shanahan while still playing under control.

4. Atlanta Falcons – Kyle Pitts, TE, Florida: Let the trade speculation begin. With two of the top remaining quarterback prospects still set to be on the board here, the Falcons can try to find the highest bidder if they’re not determined to grab one of the passers – he likely would be bound to sit behind Matt Ryan for two years – for themselves. If Atlanta holds tight, however, it might be drawn to Pitts, the rare tight end who could become the focal point of a passing attack. Few coaches would be able to match Arthur Smith in devising a game plan for such a mismatch-creating threat, and his arrival could help the offense prepare for its eventual post-Julio Jones future.

5. Cincinnati Bengals – Penei Sewell, OT, Oregon: With QB Joe Burrow in tow, Cincinnati is undoubtedly one of the biggest beneficiaries of the rush for quarterbacks at the top of the draft. While the Bengals’ decision might come down to whether to boost their protection or add another top target, Sewell will be difficult to pass up given the gruesome way Burrow’s inaugural season ended with multiple torn knee ligaments. At only 20 years old, Sewell still has considerable room for growth with rare movement skills for a 331-pound blocker.

6. Dolphins (from Philadelphia Eagles) – Ja’Marr Chase, WR, LSU: Miami must have felt a strong attraction to one of the top non-quarterback prospects to move back up to this slot after trading down from No. 3 to No. 12 in its swap with the 49ers. QB Tua Tagovailoa should be thankful for that decision, as it should yield immediate support in the form of a running mate seen as the best at his position. Chase certainly has earned that title among this class’ receivers, and his dominance both at the catch point and off the line of scrimmage should help put Tagovailoa at ease after a trying rookie year.

7. Detroit Lions – Trey Lance, QB, North Dakota State: Hard to say whether first-year GM Brad Holmes is firmly in or out of the quarterback market. If a signal-caller of Lance’s caliber falls into the Lions’ lap, however, he might be hard-pressed to forge ahead with Jared Goff. Landing in Detroit would seemingly afford Lance the chance to sit and learn for a year while he resolves some ball placement and timing issues, positioning him as an imposing dual-threat option whenever he’s ready to take the reins.

8. Carolina Panthers – Rashawn Slater, OT, Northwestern: While new GM Scott Fitterer said that acquiring Darnold doesn’t preclude the team from using its top pick on another quarterback, Carolina doesn’t look positioned to double-dip at the position. Given Fitterer’s emphasis on taking more shots downfield with Darnold, he would be wise to afford his new passer the heightened level of protection he never received in New York. The smooth-moving and dependable Slater could give the Panthers the franchise left tackle that has been sorely missing since Jordan Gross retired after the 2013 campaign.

9. Denver Broncos – Mac Jones, QB, Alabama: In his year as a starter, he rose from obscurity to national champion and first-round draft prospect by mastering the role of offensive facilitator. While that style might not captivate every team, a reliable distributor might be what Denver needs as a counter for Drew Lock’s uneven play. And while new GM George Paton might not want to dive into a quarterback investment this early in his tenure, he could be poised to capitalize if a signal-caller of his liking slips to this point.

10. Dallas Cowboys – Patrick Surtain II, CB, Alabama: He has been linked to Dallas for months now, and it’s easy to see why. Already known for his consistency and mental acuity for the position, the son of three-time Pro Bowler Patrick Surtain also highlighted his athleticism at his pro day. That refinement assuredly would come in handy for a secondary that has been too leaky for too long.

11. New York Giants – Micah Parsons, LB, Penn State: Put aside the question of whether GM Dave Gettleman should grab a receiver for QB Daniel Jones or add another one of his beloved “hog mollies.” If the Giants have the opportunity to electrify both their pass rush and the second level of their defense with a defender as dynamic as Parsons, Big Blue might find itself with a new twist on its options.

12. Eagles (from 49ers via Dolphins) – DeVonta Smith, WR, Alabama: As Philadelphia resets with QB Jalen Hurts, its offense is still being weighed down by several whiffs at wide receiver. Smith – reuniting with the Crimson Tide transfer who became a star at Oklahoma – would provide a much-needed dose of reliability, as his separation skills and surehandedness should position him for early success so long as he can hold up at the line of scrimmage against physical cornerbacks.

13. Los Angeles Chargers – Alijah Vera-Tucker, G, USC: Even if he ends up holding down a spot on the interior rather than serving as Justin Herbert’s left tackle, Vera-Tucker could further aid the Chargers’ mission of safeguarding their franchise quarterback.

14. Minnesota Vikings – Jaelan Phillips, DE, Miami (Fla.): Medical evaluations might determine whether he will be the first edge defender off the board or is in store for a longer wait, as teams will want more clarity on the concussions and injuries that precipitated his medical retirement at UCLA prior to his transfer. So long as Minnesota is comfortable with his outlook, Phillips should be an alluring option for a pass rush in need of rejuvenation regardless of DE Danielle Hunter’s future with the franchise.

15. New England Patriots – Jaylen Waddle, WR, Alabama: It’s easy to link Bill Belichick with an Alabama product at a position of need, but Waddle makes sense for New England in a number of ways. His ability to break away from defenders, whether on short passes or deep heaves, sets him apart from a receiving corps that still looks underwhelming after the addition of tight ends Hunter Henry and Jonnu Smith.

16. Arizona Cardinals – Jaycee Horn, CB, South Carolina: In a perfect world, Arizona could simply welcome in one shutdown corner as it says goodbye to another. Horn might not be able to live up to Patrick Peterson’s legacy in the desert, but the sticky coverage ace could shore up an undermanned secondary.

17. Las Vegas Raiders – Teven Jenkins, OT, Oklahoma State: The Silver and Black are looking a little black and blue up front after trading away three O-line starters this offseason. No void is more important to address than the one at right tackle, where Jenkins could slide in and continue to dole out punishment.

18. Dolphins – Azeez Ojulari, OLB, Georgia: Dumping Kyle Van Noy and Shaq Lawson after one year highlighted Miami’s dissatisfaction with its front seven. More than just a blur off the edge, Ojulari is refined and calculating in his pass rush and can make waves right away.

19. Washington Football Team – Jeremiah Owusu-Koramoah, LB, Notre Dame: An already formidable defense could inch closer to elite territory with the arrival of a do-it-all defender who can thrive in a variety of coverage assignments.

20. Chicago Bears – Rashod Bateman, WR, Minnesota: Andy Dalton will need all the help he can get as he takes the reins in Chicago. With a knack for creating separation, boxing out defenders and piling up yards after the catch, Bateman already is well versed in bailing out his quarterback.

21. Indianapolis Colts – Christian Darrisaw, OT, Virginia Tech: Landing a plug-and-play left tackle would be an ideal scenario for GM Chris Ballard, as Darrisaw’s addition would allow Indianapolis to avoid a reshuffling of its offensive line.

22. Tennessee Titans – Greg Newsome II, CB, Northwestern: One of this year’s biggest draft risers, he could be a steadying presence for a secondary that ranked 29th in passing yards allowed and underwent an overhaul this offseason.

23. Jets (from Seattle Seahawks) – Caleb Farley, CB, Virginia Tech: A microdiscectomy after sitting out the 2020 season has left questions about where Farley stands in teams’ cornerback pecking order, but his top-notch closing speed and playmaking streak would be put to good use in Robert Saleh’s scheme.

25. Jaguars (from Los Angeles Rams) – Trevon Moehrig, S, TCU: A well-rounded and dependable safety is just what Jacksonville needs to continue patching up a secondary that allowed 8.1 yards per pass attempt, second worst in the NFL last season.

26. Cleveland Browns – Kwity Paye, DE, Michigan: Pairing Myles Garrett with an edge rusher as powerful and explosive as Paye could give Cleveland a stellar one-two punch for the foreseeable future.

28. New Orleans Saints – Asante Samuel Jr., CB, Florida State: Adapting to a post-Drew Brees landscape means providing more help for Jameis Winston or Taysom Hill on all fronts, so picking up the savvy Samuel could be a step toward staying out of back-and-forth, high-scoring affairs.

30. Buffalo Bills – Tyson Campbell, CB, Georgia: Finding and grooming a cornerback opposite Tre’Davious White should be a top priority for a team operating in the Chiefs’ shadow, and Campbell has tools to make up for the growing pains he seems bound to face.

31. Kansas City Chiefs – Sam Cosmi, OT, Texas: Preventing a season-long redux of the Super Bowl 55 onslaught on QB Patrick Mahomes is imperative for Kansas City after it parted with starting offensive tackles Eric Fisher and Mitchell Schwartz. Cosmi might experience some early rough patches but can step in as a Day 1 starter at left tackle with significant upside.

32. Tampa Bay Buccaneers – Travis Etienne, RB, Clemson: The defending champs’ retention of their core made clear that Tampa Bay prefers small tweaks to its winning formula rather than any substantial reimagination. Adding Etienne’s penchant for sparking big plays and creating mismatches in the passing game, however, would no doubt add a new wrinkle for Tom Brady and the rest of the offense. 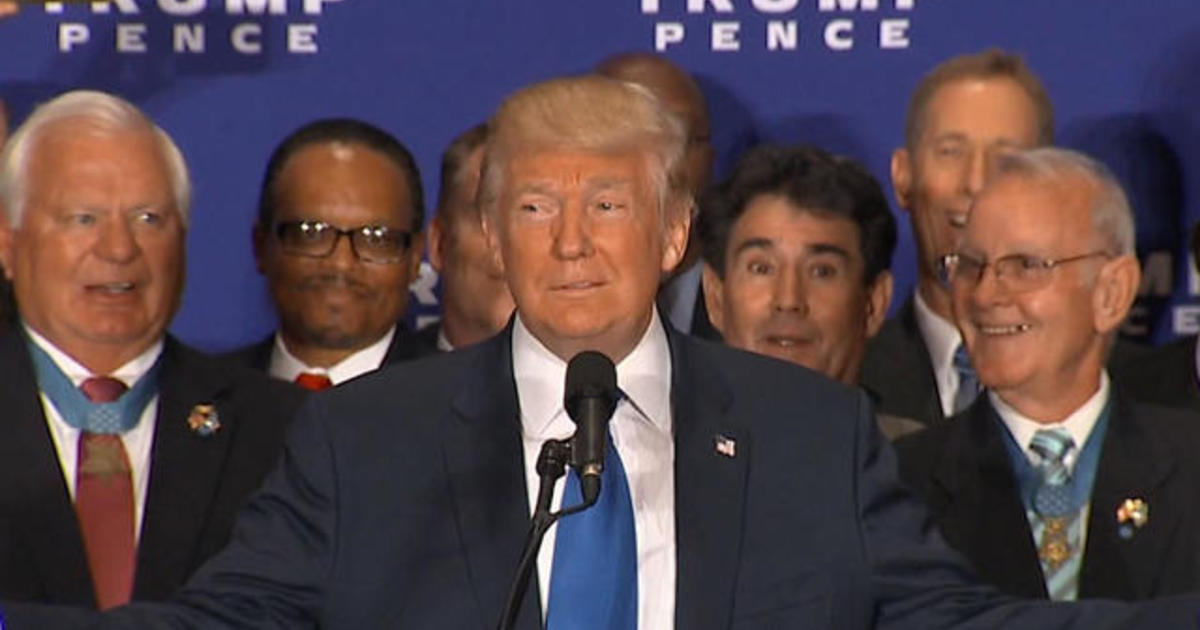 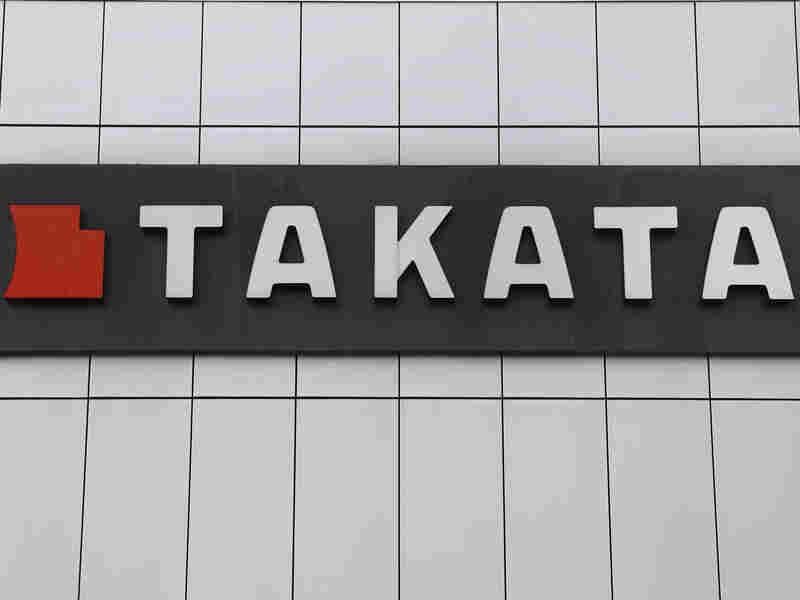 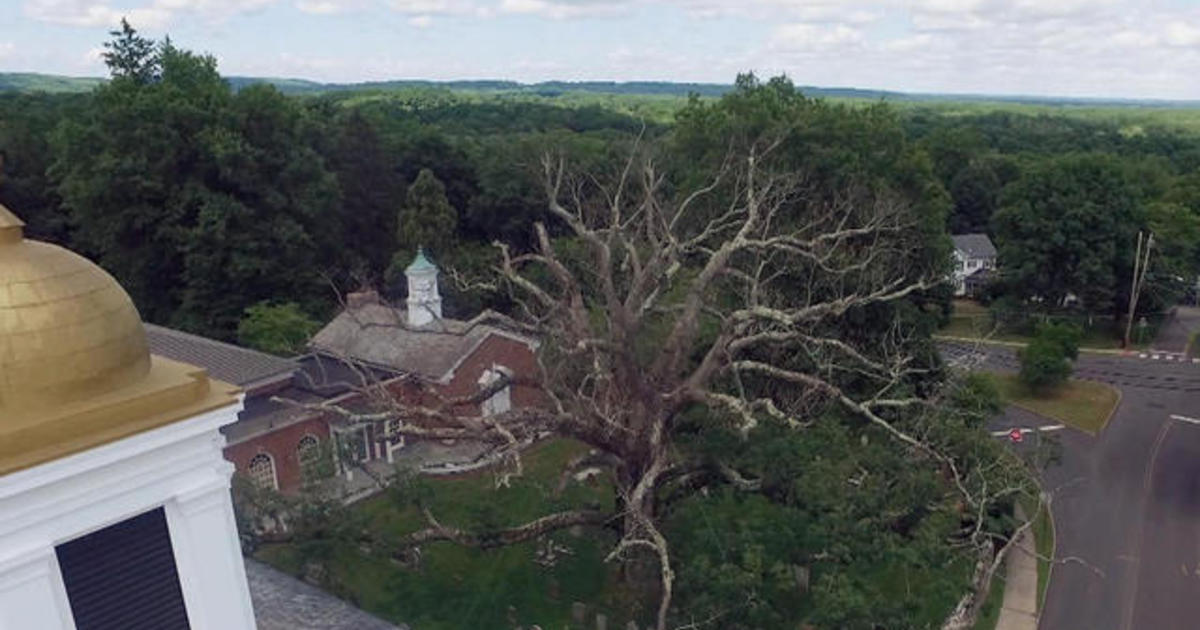 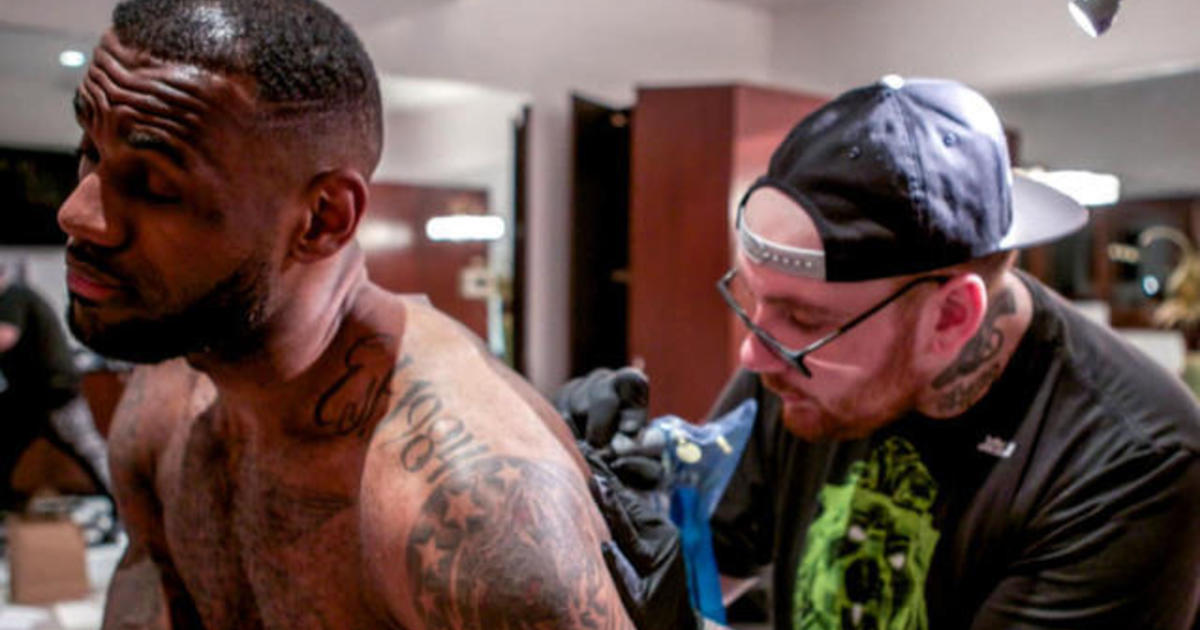 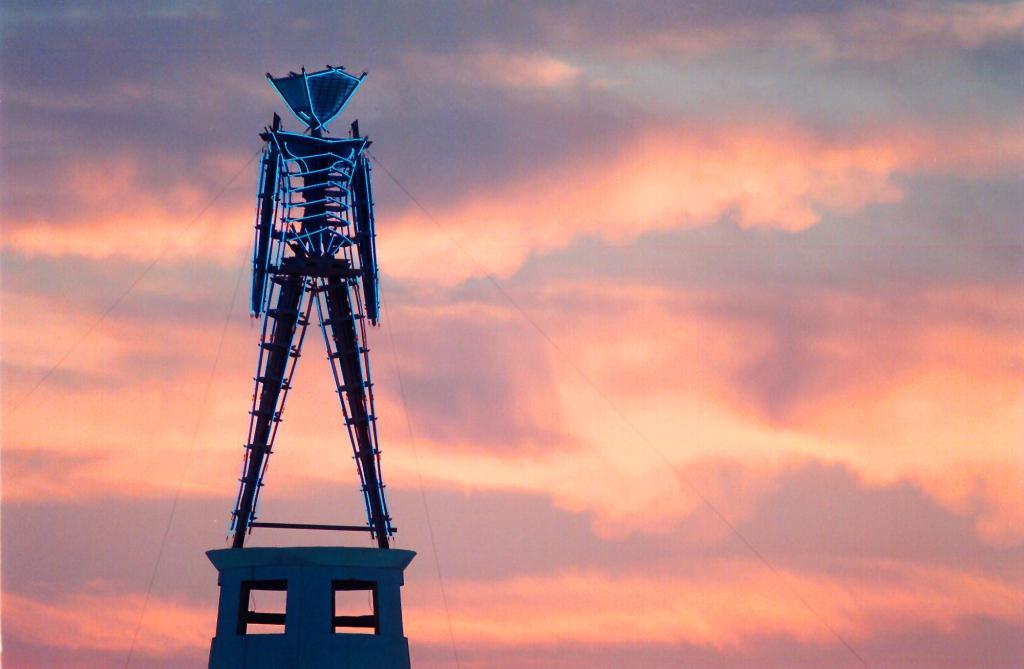 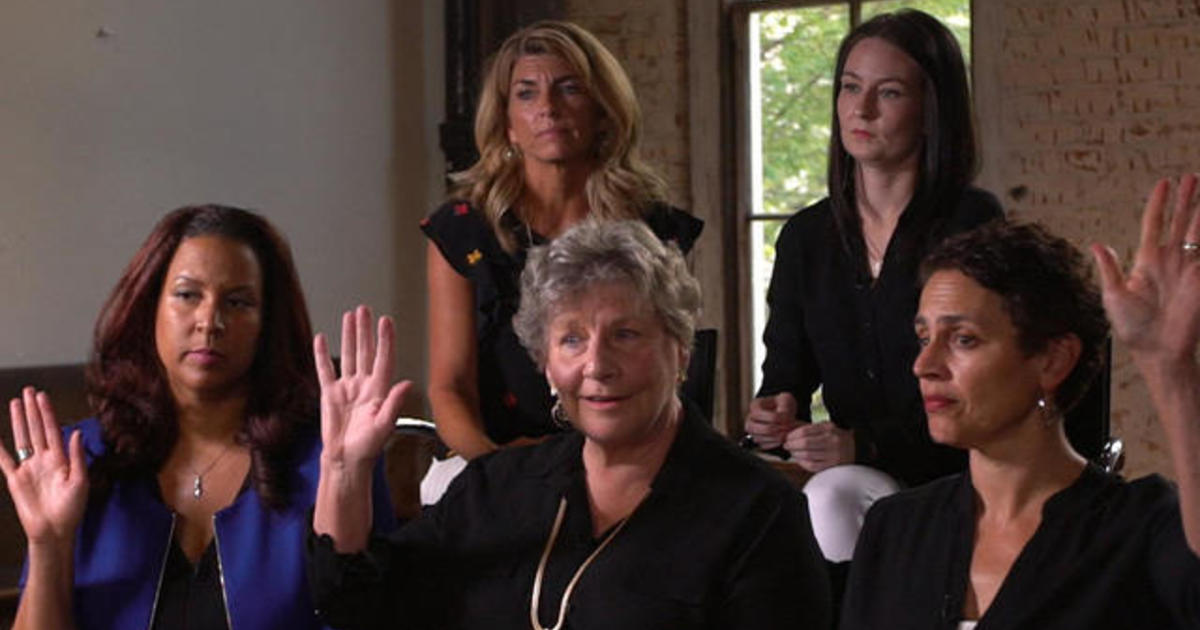 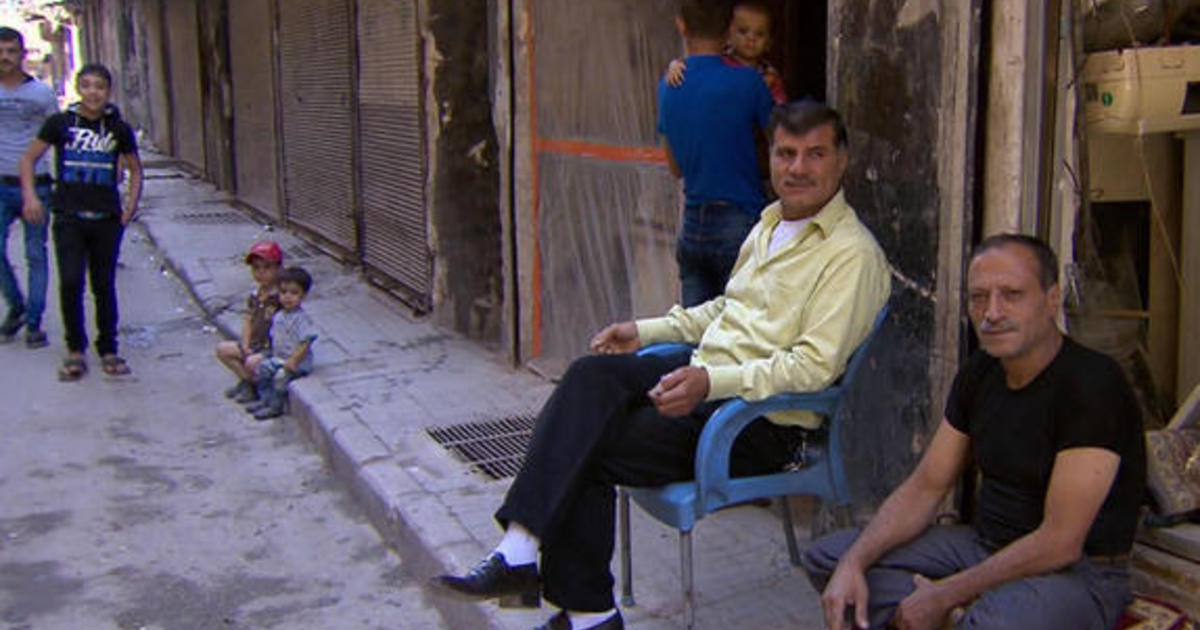