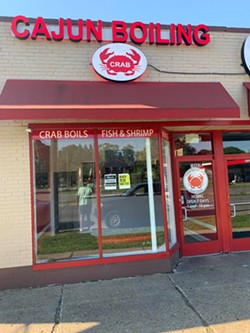 Opening a restaurant during a pandemic is no easy feat. But for the folks behind the newly opened Black-owned Cajun Boiling Crab take-out spot on Detroit’s west side, business has been boiling over since its grand opening last week.

“Everybody was saying, you know, is it going to be rough for you guys opening a restaurant during this time? This has actually been the perfect opportunity to open a restaurant that’s take-out only because people want options,” partner and Cajun Boiling Crab general manager, Edward Davis II tells Metro Times.

This is Davis’ first restaurant venture. A native Detroiter, Davis graduated from Eastern Michigan University with degrees in science and public administration with a focus on nonprofit management, which has led him to organize fundraising efforts for various nonprofits, as well as Detroit Public Television.

“I always wanted to be a nonprofit and be the one to raise the money, but I’ve always had a business mindset too as well,” he says. “So, to be running the general management side of Cajun Boiling Crab, it kinda flung me into that.”

For the uninitiated, a boil bag meal looks something like this: potatoes, corn, sausage, and various crustaceans and sea meats are placed into an oven bag along with a blend of spices, sauces, and butter. The bag is then sealed and placed in either an oven or boiled in water on the stovetop so that every tender bite is infused with flavor. And as Davis says, it can, and will, get messy.

At Cajun Boiling Crab, it’s a kind of Choose-Your-Own-Adventure, as customers are invited to build their bags, first by selecting their seafood, which ranges from lobster tail, snow crab legs, shrimp, crawfish, mussels, and king crab legs. Then comes the choice between honey butter garlic, lemon butter garlic, or Cajun sauces, followed by the spice level. Each bag comes with corn and potatoes, and sides of Cajun fries, boiled eggs, beef sausage can be added, too. They also have a selection of po’ boys, fried fish baskets, and family-style combos. They’ll soon offer New Orleans-style beignets as a dessert option.

Davis says they’re currently working on a partnership with Sysco foods for its seafood distribution, but they do a lot of their shopping at Detroit’s Eastern Market. The restaurant’s potatoes, corn, and many of their spices are procured locally, and they buy their sausage from Randy’s, a popular meat and cheese vendor at Eastern Market.

“I think everybody goes there,” he says of Randy’s. “I’m not the only one having somebody cart a bunch of boxes of sausage out to my car on a Sunday morning.”

According to Davis, Cajun Boiling Crab is as much about the food as it is the customer experience. He says though Detroit neighborhoods have many businesses that have an amazing product but lack the customer attentiveness needed to sustain business in this climate. Davis says they’ve initiated a two-check process for each order to ensure the bags were made correctly, something some businesses seem to drop the ball on, according to Yelp reviews and Davis’ first-hand experiences.

The Detroit location is the first of several planned Cajun Boiling Crab restaurants Davis and partners plan on opening in the near future, including a spot in Inkster that could open as early as next month.

“The demand calls for it. I was kind of skeptical too, like, come on, man. Really? But the amount of traffic we’ve been getting here, and we’re open from 1 p.m. to 10 p.m. every day, is amazing,” he says.

“You know, people want some variety, especially with COVID. I know I got tired of eating the same stuff all the time going out, and there are limited options. We were like, let’s give somebody something to want to come to.” 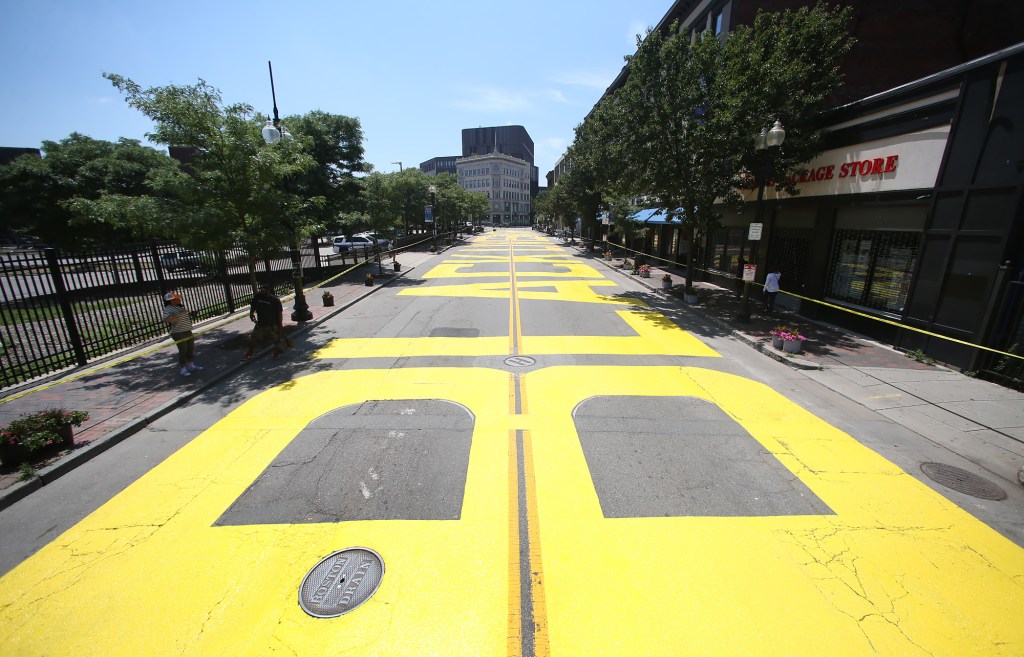 News
Clafoutis has a savory side, and it’s delicious