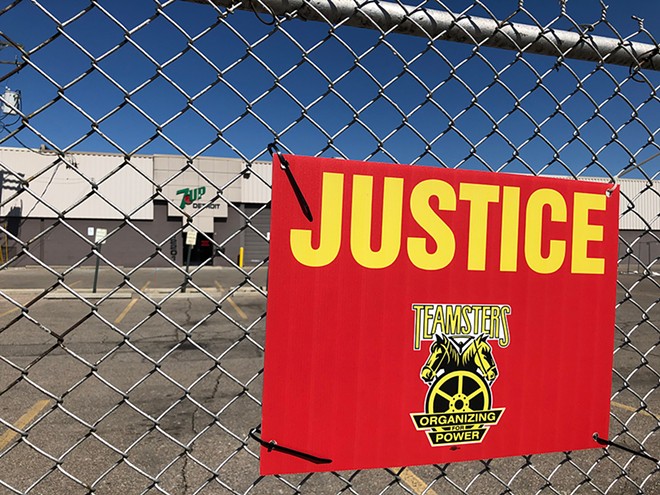 Workers at a 7-Up facility in Redford Township are calling for a boycott of parent company Keurig Dr. Pepper — whose portfolio includes the Michigan favorite Vernors — as part of an ongoing labor dispute over wages that they say has escalated to alleged threats of violence.

The workers, members of the Teamsters Local 337 union, have been on strike since March 11. They say negotiations have broken down over a request to eliminate a two-tier wage system in place since 2005, in which lower-tier workers make $2.30 less for doing the same work as people hired before that time. (Full disclosure, I worked at this facility as a teenager.)

“They’re taking a Michigan product and they’re selling it, and you got a global company that’s taking advantage of citizens of this state,” Todd Lince, President of Teamsters Local 337, tells Metro Times.

Vicki Draughn, Keurig Dr. Pepper’s VP of corporate communications, says the company is committed to negotiating with the union in good faith.

“We respect the union’s right to gather,” she says. “We’ve been running our business while that’s happening, and we will continue to have very high standards for ourselves.”

Lince says the lower-tiered workers are more likely to be Black, which is why it stung when the company’s negotiator reportedly dismissed another of the union’s requests — to make Martin Luther King Jr. Day a paid holiday. According to Lince, eliminating two-tiered wages and getting MLK Day off are common requests that the Teamsters have won at other companies he negotiates with.

“When I brought it up, it was kind of just laughed off,” Lince says. “The guy who laughed it off was Hispanic, so I even had to make a joke at him. I said, I don’t care what you want to call it. You want to call it MLK Day-slash-Cesar Chavez Day, have at it. He started laughing. He thought that was funny, too.”

But the comment “fell on deaf ears,” Lince says. “I had a Black [union steward] sitting at the table, and a Tier Two guy making almost $3 an hour less than the guy next to him, and this guy is thinking this is comical.”

Draughn says that while the two tiers will remain in place, the current negotiations include wage increases for all employees, which she says are already 20% higher above market compensation for similar warehouse positions in the Detroit area. The two tiers are “a very common compensation structure across industries,” she says, adding that it was voted in by the union more than a decade ago, first ratified in 2008 and again in 2016.

Regarding the allegation that the union negotiator “laughed” at the request for MLK Day off, she says the company investigated the claims by interviewing everyone involved, and deny it happened.

“That’s a very serious allegation that would be absolutely counter to our values,” she says. “I can say there’s absolutely no evidence that anyone laughed at that suggestion.”

Draughn says the current contract includes nine holidays, and the union could allocate one of them to MLK Day. “Many of our other union sites and our corporate locations have Martin Luther King Jr. Day off,” she says. “So there’s really no basis for some allegation or assumption that we wouldn’t encourage them to do the same.”

“They’re just going to start to diminish the workforce over time through attrition,” Lince says, adding that the company was not forthright with its plan. “They lied to us in the beginning. When I first brought it up, they said the ‘B’ license was a road to them getting their ‘A’ license, but then their lawyers came in and told us no, that wasn’t, their goal was just to have ‘B’ trucks.”

Draughn says the company’s proposal to the union does include adding additional classes of CDL positions in 2023, but says it would grandfather in current drivers, and that their pay would never be impacted based upon what size truck they drove.

“The rationale behind that is the retail environment is really evolving quickly and our retail customers are requiring different delivery methods and frequency, and we need to meet those needs by having an adaptable fleet,” she says. “Also, you know, often those lighter vehicles are more sustainable to the environment, and there continues to be a pool of qualified CDL-A drivers that remains limited.”

She adds, “I would say we are dismayed that the union is actively working against a proposal that has no impact on our drivers and that would serve our customers.”

Lince also says there have been issues with the security firm the company hired, who the union alleges has used threats of physical violence to deter the striking workers. “A lot of them are former military,” Lince says. “They have Army stickers on their cars.” Lince says one security guard was allegedly seen brandishing a gun in his car’s console.

“We brought it up to the company and they said none of their guys have guns,” he says. “Well, I was in the Marine Corps for six years. I know what a gun looks like.”

Another issue involved a man who was “causing trouble, starting fights” with the picketing workers late at night, causing the workers to call the police. According to Lince, the company claimed the man was not a member of the security force, but Lince says the workers have seen him working security.

Draughn says the allegations stem from an incident that happened on March 17 in which a driver of a pickup truck drove down nearby Capitol Street, encountered the picketers, got out of his truck, and had a verbal altercation with picketers “that contained a racial slur” and turned physical.

Draughn maintains that the man was not an employee of the security firm.

The strike got a high-profile boost thanks to several Michigan lawmakers — including U.S. Reps. Debbie Dingell, Andy Levin, Rashida Tlaib, and Haley Stevens, all Democrats — who joined dozens of picketing workers on Saturday afternoon.

“Hiring a security firm that’s got a bunch of thugs is not right. That was wrong a century ago,” Dingell said, harking back to the era of companies using physical violence to bust union activity, including Ford Motor Co.’s infamous “Service Department,” a private security force made up of overzealous ex-convicts.

“Violence and thuggery is not what we see in good union management relationships,” she added.

“Not only am I going to send a letter, I know many of my colleagues are going to follow through and send letters, too,” she said. “Because they need to know we know the truth.”

“This is a moment for the whole working class in this country,” Levin said, citing recent efforts of workers for the retail giant Amazon moving to unionize in Alabama. “We are standing up and saying no longer is it OK that [only] 6% of workers in the private sector in this country have a union. We demand the right to organize and to bargain for a better life all across this country.”

Congress is considering the Protecting the Right to Organize (PRO) Act, which strengthens protections for workers seeking union protections. The legislation passed the U.S. House and now heads to the Senate, where Democrats hold a slim majority.

“One way or another, we’re going to get it through that Senate, and Joe Biden is ready to sign it,” he said.

The Teamsters and Keurig Dr. Pepper representatives are scheduled to meet with a federal mediator on Tuesday.

“We are very pleased that the union has agreed to federal mediation,” Draughn says. “Strikes are good for no one. It’s not good for our employees and our families. It’s not good for our customers, our community, or our business. And so we are absolutely committed to negotiating in good faith, but want to get back to the table and we want to resolve the strike.”

For now, the strike is limited only to the company’s Redford Township facility, but Lince says negotiations are also underway in Flint.

“The big thing is everybody wants equality,” he says. “Everybody wants to be treated the same, not a hierarchy, almost like a caste system where people are getting paid a certain way and treated a certain way. We just want certain things to be equal.”

If an agreement can’t be reached, Lince says the Teamsters will ramp up their calls for a boycott of Michigan’s favorite ginger ale.

This story was updated at 3:13 p.m. on Monday, March 22 with comments from Keurig Dr. Pepper.

Sign up for our weekly food newsletter delivered every Friday morning for the latest Detroit dining news. Got a tip? Send it to eat@metrotimes.com. 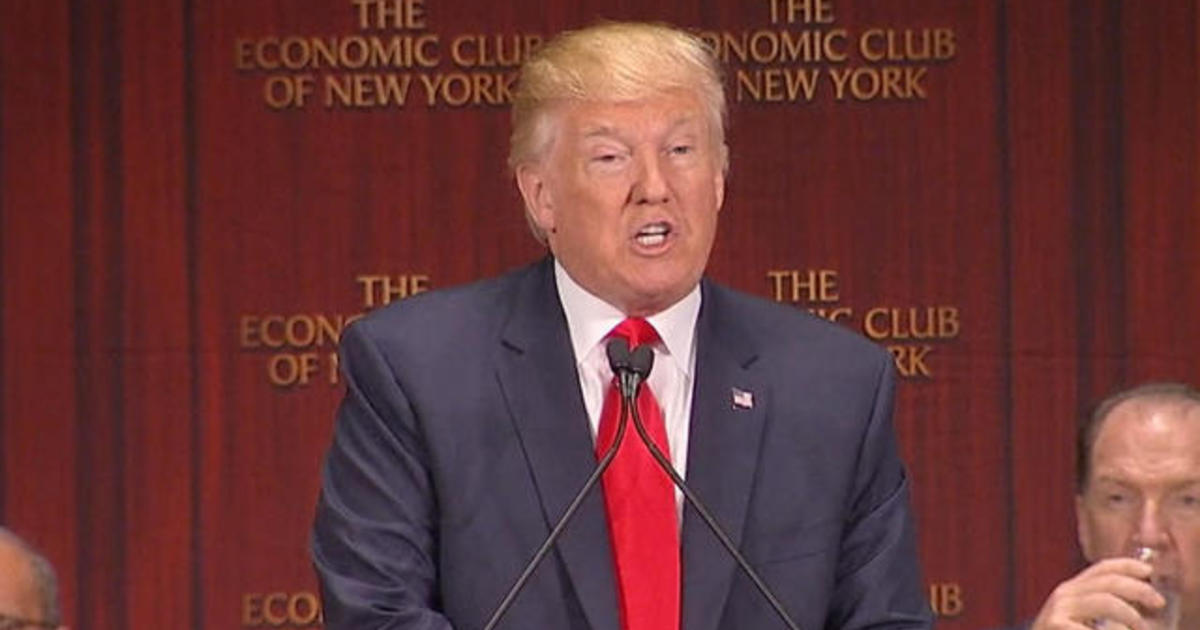 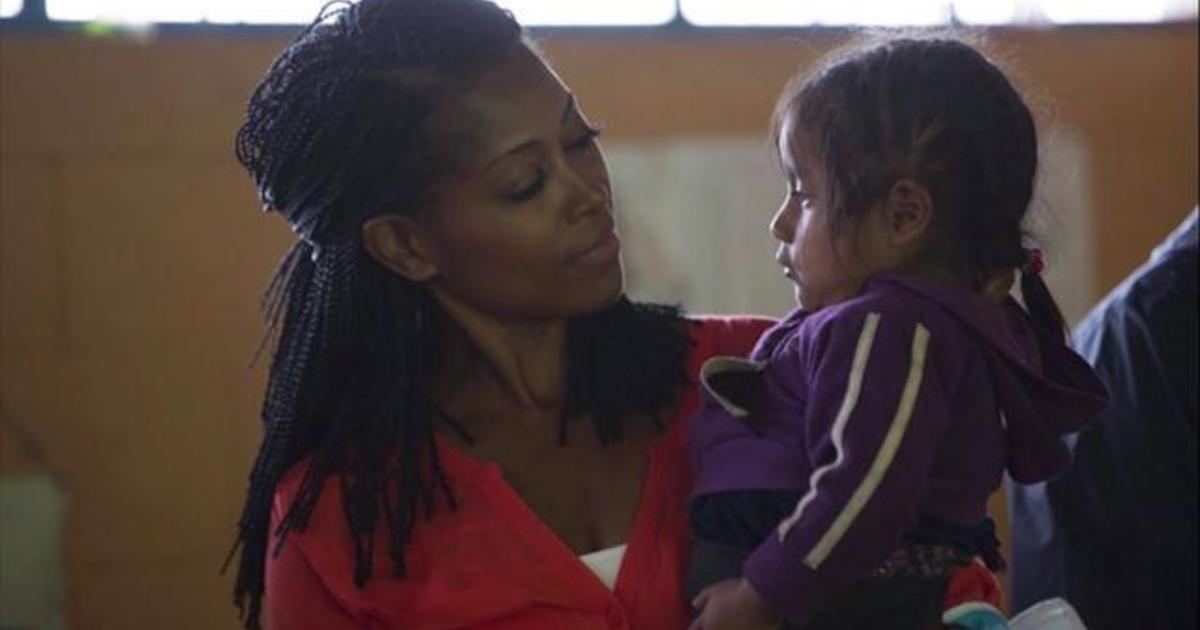 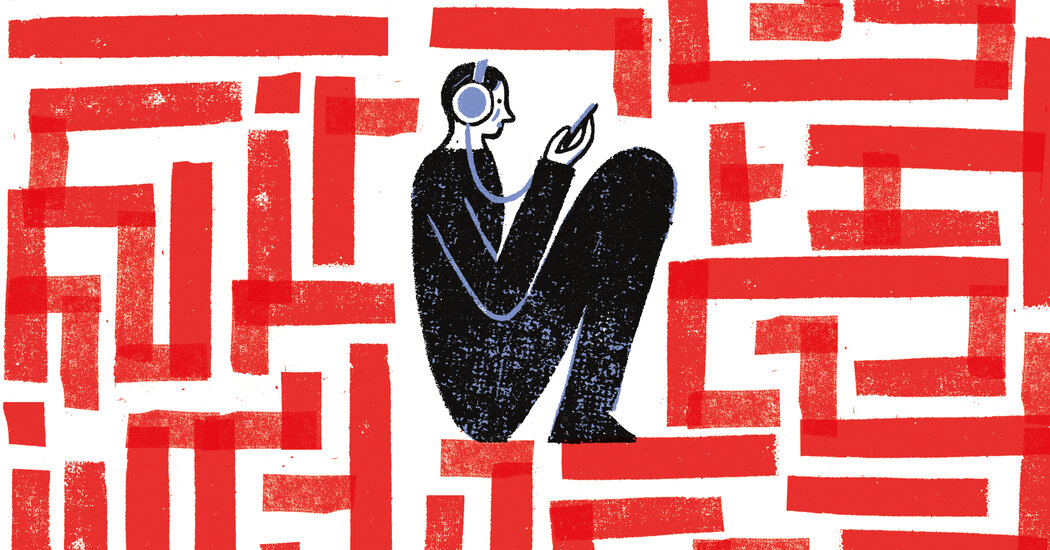 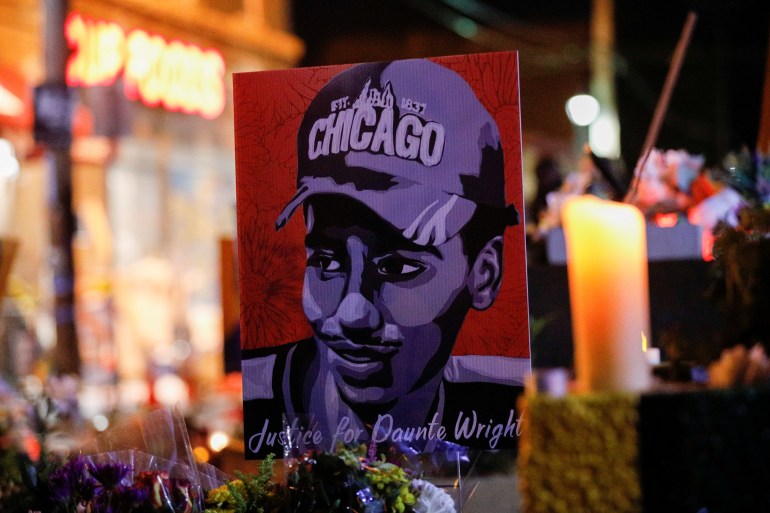 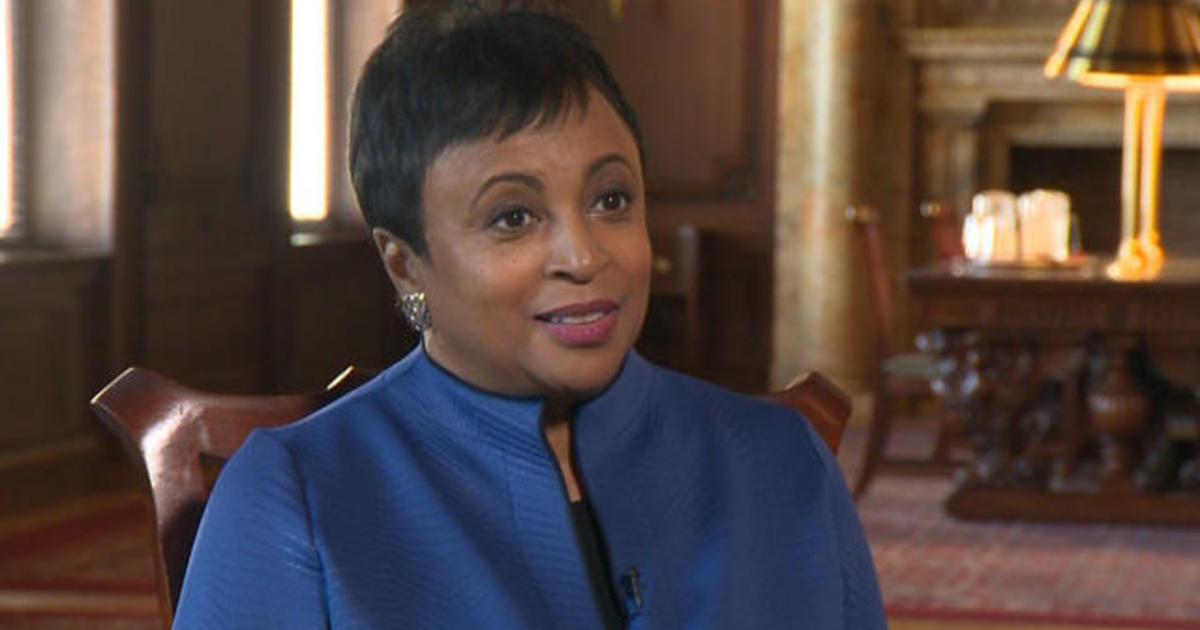 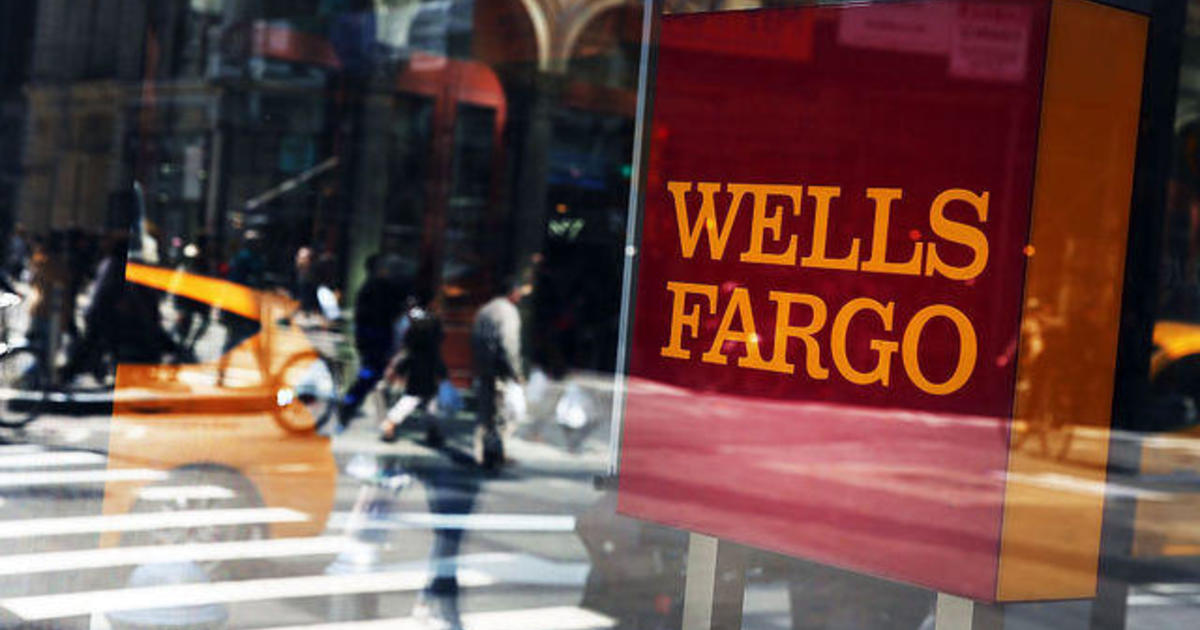 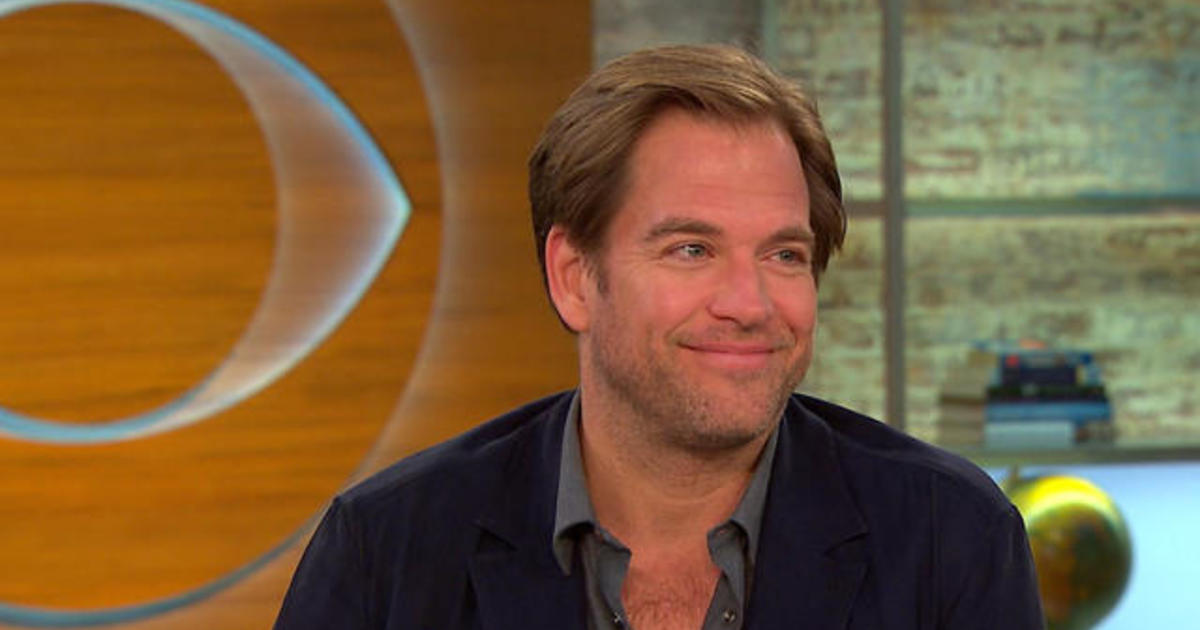