Many police departments in Greater Minnesota don’t have body cameras. A legislative proposal looks to change that.

In autumn of 2020, the International Falls Police Department tested officer-worn cameras for about six weeks but ultimately chose not to keep them.

It’s not that the department didn’t like what it saw. Captain Mike Kostiuk said the cameras were “obviously a great tool that we’d love to have” for a department that wants to become “a little more forward thinking” and take advantage of new technologies.

But Kostiuk said the price of body cameras — and the cost of maintaining, processing and releasing the video — was simply too high for an agency with only 11 full-time officers. “Based on talking to other departments … their costs have been pretty high compared to what we are capable of handling at this time,” Kostiuk said.

And though a DFL proposal at the Legislature would spend $2 million in the state’s next two-year budget on body cameras for law enforcement, the scarcity of the technology, especially in Greater Minnesota, is not likely to end soon.

The body-camera money is just one part of a large set of police accountability measures proposed this year by House Democrats, who hold a majority in the chamber. The DFL legislators have been pushing for new regulations on police since former Brooklyn Center officer Kim Potter shot and killed Daunte Wright earlier this year, including measures to limit traffic stops, restrict no-knock warrants and give civilian oversight councils more power to investigate officer misconduct and impose discipline.

Democrats also want to allow the family of someone killed by police to view body camera footage within 48 hours under most circumstances. Republicans who control the state Senate have resisted parts of the legislation, saying they could hamstring police or decrease public safety.

Top political leaders are still hashing out what could pass the Legislature this year, though Republican Sen. Warren Limmer, a Republican from Maple Grove who chairs the Senate’s Judiciary and Public Safety Finance and Policy Committee, said most of the provisions in the DFL’s no-knock warrant bill are “reasonable” and said officers may not need to stop drivers for car-tab violations.

Mariani said he believes there’s some strong evidence that body cameras don’t change police behavior and many believe cops are “just as abusive wearing a body cam as not.” Some people also raise privacy concerns over being videotaped during encounters with cops, Mariani said. Still, he said “the one thing though you keep hearing is that both law enforcement and communities think it’s important to have them.”

“The community thinks they’re important to have because then you’ve got video proof of what they believe is bad, harmful practices,” Mariani said. “Peace officers like them because they think it’s got strong video proof of professional practices and can exonerate them.”

Jeff Potts, executive director of the Minnesota Chiefs of Police Association, said body cameras are a great tool for transparency and for internal training. But he said they’re still scarce around some parts of the state. While police in larger metros and urban centers tend to have them, smaller cities in rural areas often do not. Potts said 70 percent of municipal police departments have fewer than 20 officers, and he said a survey of city forces in 2017 found roughly 35 percent of departments in Minnesota have body cameras for officers.

Many departments have adopted them since, meaning the data is old, but Potts said they know a “significant amount” of departments still don’t have body cameras, perhaps as many as 30 to 40 percent. The organization is launching a new survey they expect to begin next week.

Potts said he has argued for far more money from the state to fund body cameras for “financially challenged” departments.

A February 2020 report from the task force, convened by Attorney General Keith Ellison and Department of Public Safety Commissioner John Harrington, says Cook County’s sheriff told the group that the costs go beyond the price of the cameras. They include collecting, storing and managing the data. The League of Minnesota Cities said body cameras impose costs on courts and prosecutors offices too.

Kostiuk said the issue for International Falls was money for “back end” work like data retention, and figuring out how to handle public disclosure properly. “It was all stuff we just weren’t equipped to handle at this time,” he said.

Minneapolis and St. Paul each got $600,000 from the federal government in 2015 to help fund body camera programs. The Minneapolis council approved a $6.4 million, five-year plan to pay for body cameras in 2016, the Star Tribune reported at the time. Potts said when he was chief of Bloomington’s police department, the city signed a five-year contract for body cameras that cost more than $220,000 a year.

Mariani said when he first looked at the issue roughly a year ago, he was “pretty intimidated by the cost.” But he said the task force and body-camera proposals from the Council on American-Islamic Relations nudged legislators to take a deeper look.

The Democrat also said money is tougher to come by in rural areas, and “Greater Minnesota has issues.” Police killings often get more attention in big cities, but the 2020 task force found use-of-deadly-force by officers happens disproportionately in Greater Minnesota. Though roughly 45 percent of the Minnesota population lives outside the seven-county metro area, according to Minnesota Compass, Ellison and Harrington found 60 percent of deadly force incidents over the prior five years happened in Greater Minnesota.

A database created by the Star Tribune, however, lists 65 police killings outside of the Twin Cities metro area since 2002 and 128 in Minneapolis, St. Paul and the city’s metro suburbs.

Julia Decker, policy director for the ACLU of Minnesota, said they don’t have a position on Mariani’s bill, but said the organization views body cameras as an “oversight tool” as long as they come with privacy protections, public disclosure rules and other regulations for consistent use.

The body cameras program in the DFL omnibus bill would require local governments to offer a 50 percent match for state grant money. At least one grant would have to go to a department outside the seven-county metro area, and departments that take money under Mariani’s plan would be subject to some state regulations, such as requiring police to release recordings of police killings to families within 48 hours unless the days of the incident unless a department chief can show a “compelling reason” why doing so would interfere with an investigation.

While more body cameras weren’t at the top of the DFL agenda, they came into the news again last week when a Ramsey County sheriff’s deputy and a Hennepin County sheriff’s deputy serving with a U.S. Marshals Service task force shot and killed Smith. The U.S. Attorneys Office says the law enforcement branch began to phase in body cameras in February of this year, but the task force in question hadn’t implemented the new policy.

The murder of George Floyd by Derek Chauvin was captured on body cameras, though bystander video of the incident is what started protests over the killing worldwide. No onlookers captured video of the fatal shooting of Smith in an Uptown parking garage. State investigators say they recovered a handgun and spent cartridges in Smith’s car but it’s not clear whether he fired at officers during the encounter.

Gov. Tim Walz on Tuesday said he was concerned the Marshals service wasn’t wearing body cameras and said people in Minneapolis “want to see the footage.”

Mariani characterized his bill, and other measures, as codifying police policy that is becoming more widely used and considered “best practices.” The body camera money wasn’t included in the Senate Republican plan for public safety legislation, and Mariani said they haven’t agreed to it as part of negotiations on the subject.

Limmer said grants for body cameras haven’t been part of talks between the House and Senate thus far due to the cost. But he said negotiations have shifted from committee leaders like he and Mariani to top leaders in the House, Senate, plus Walz. The trio of leaders may have more money to work with than was approved for committee leaders, he said, though there would be fierce competition for any extra cash.

Limmer said he has no ideological opposition to body cameras. “I think personally it’s a good investment and I believe it enhances police professionalism as well as ultimately justifying police action,” Limmer said. “And on top of it, that recording gives victims or victims’ families of police arrests an opportunity to review what really happened and often-times that can quell the curiosity or the suspicion in the community of a potential wrongdoing.” 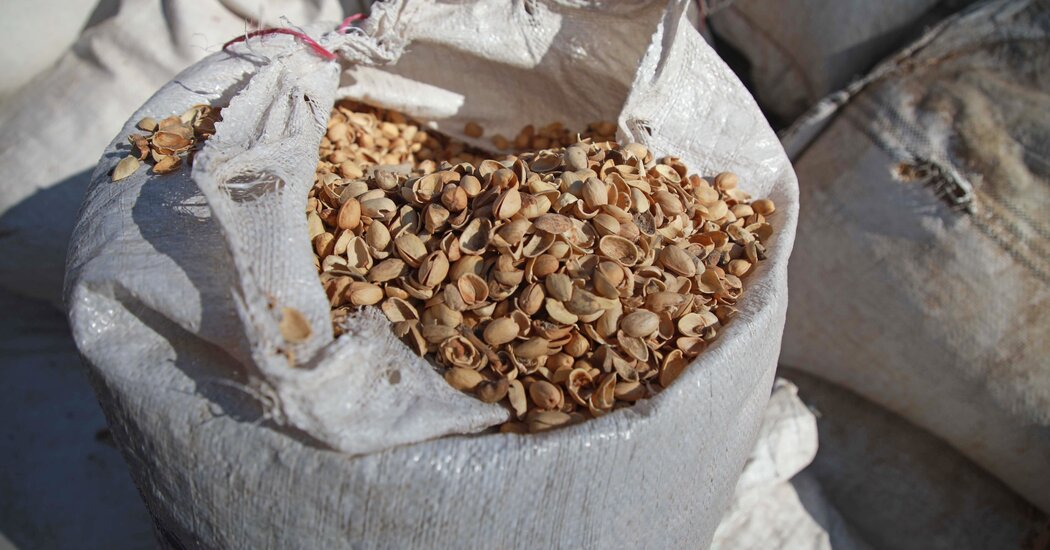 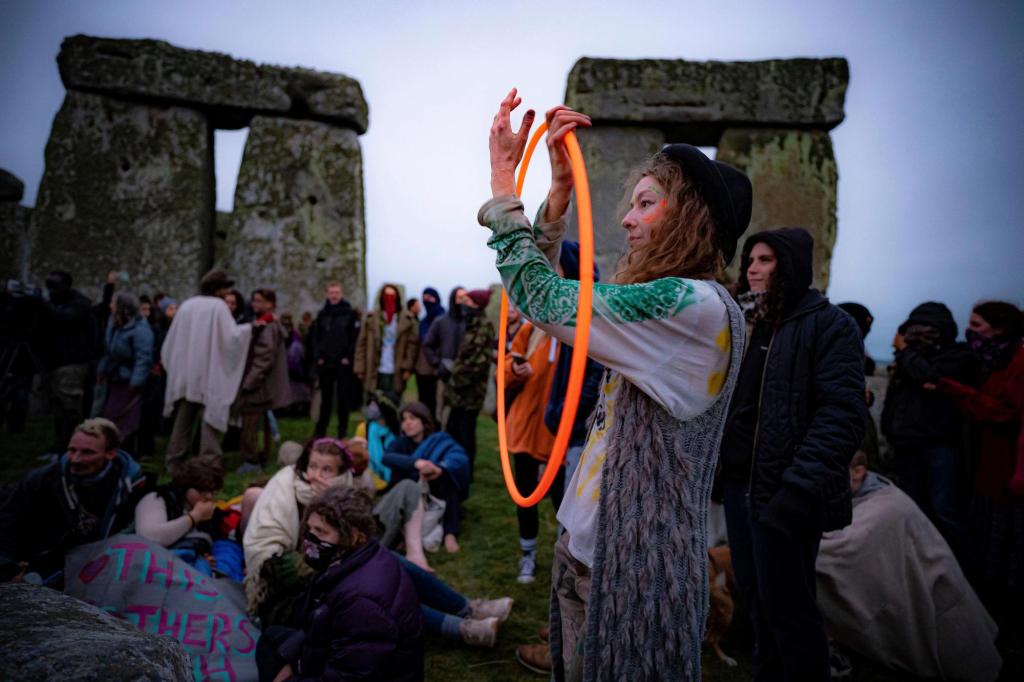 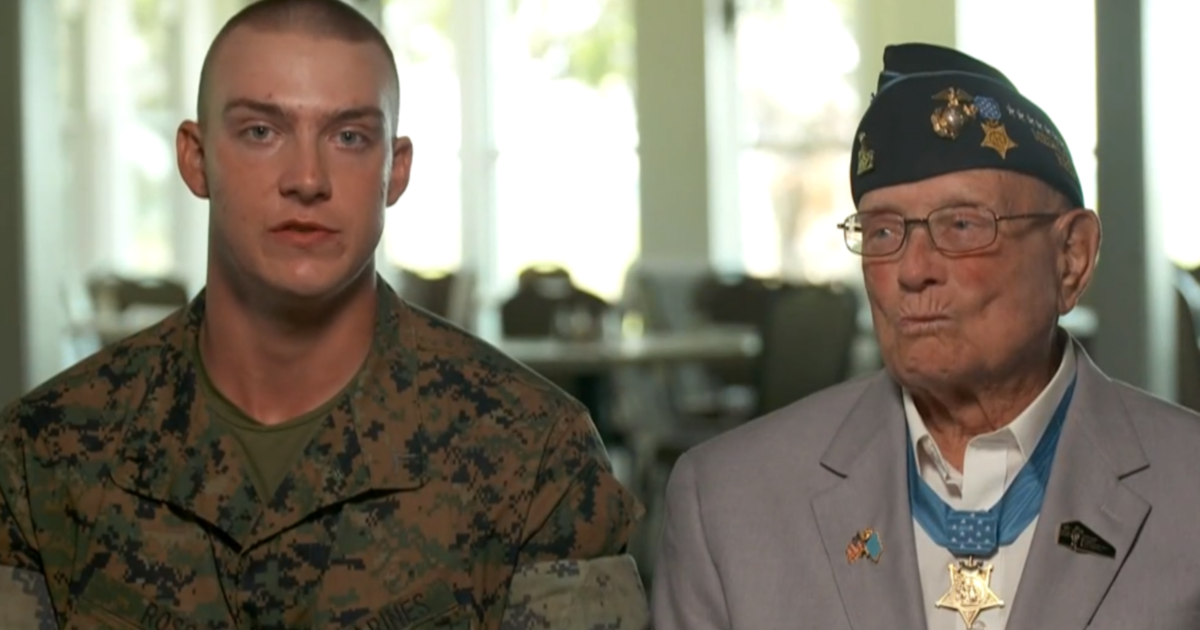 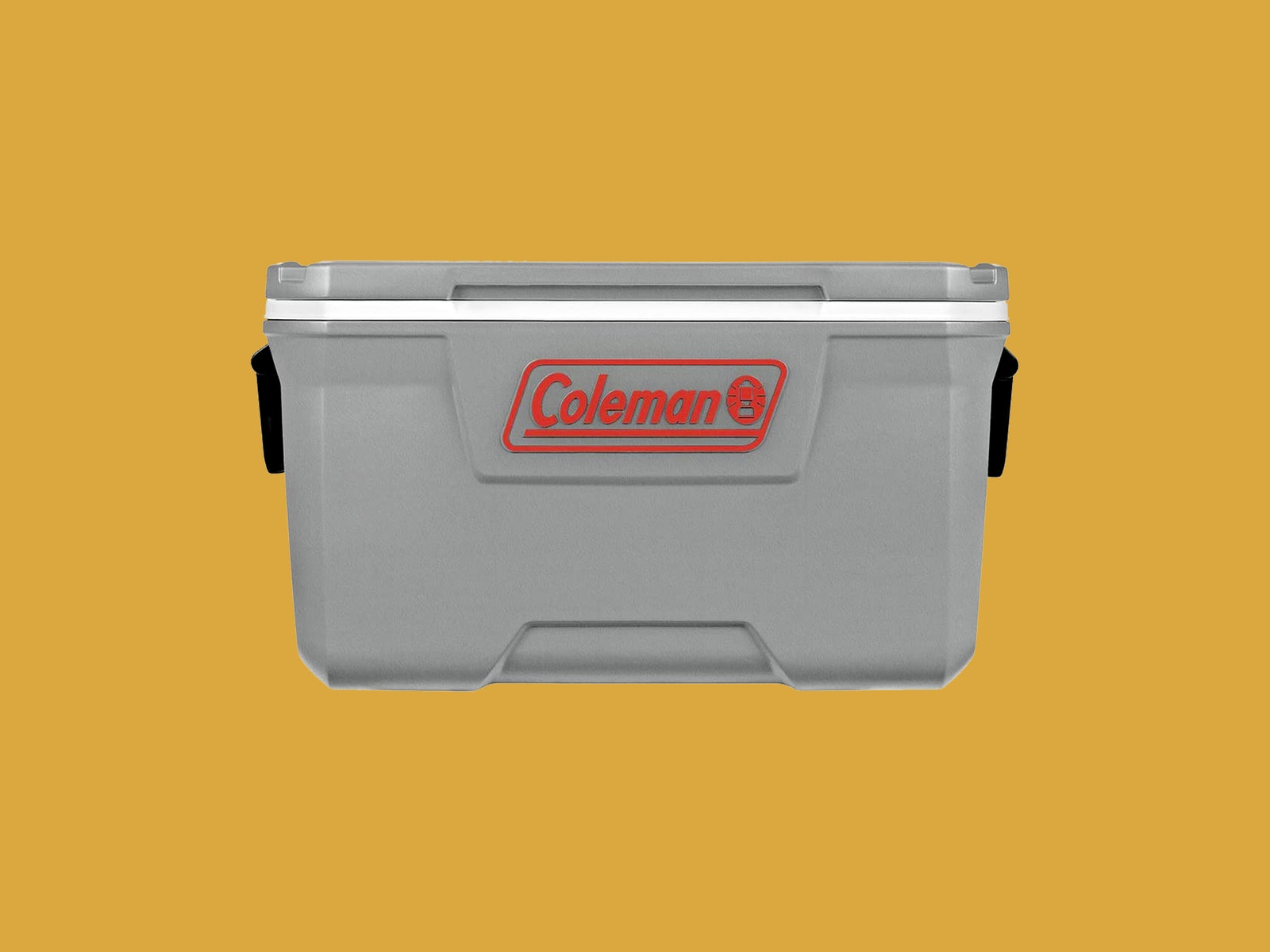 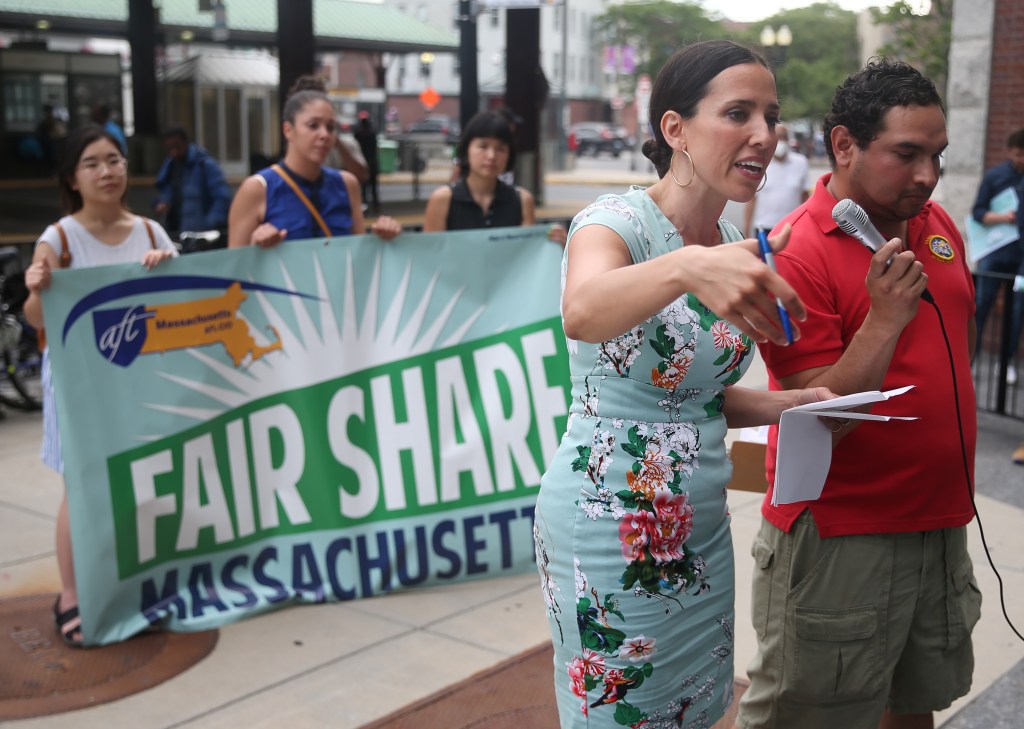 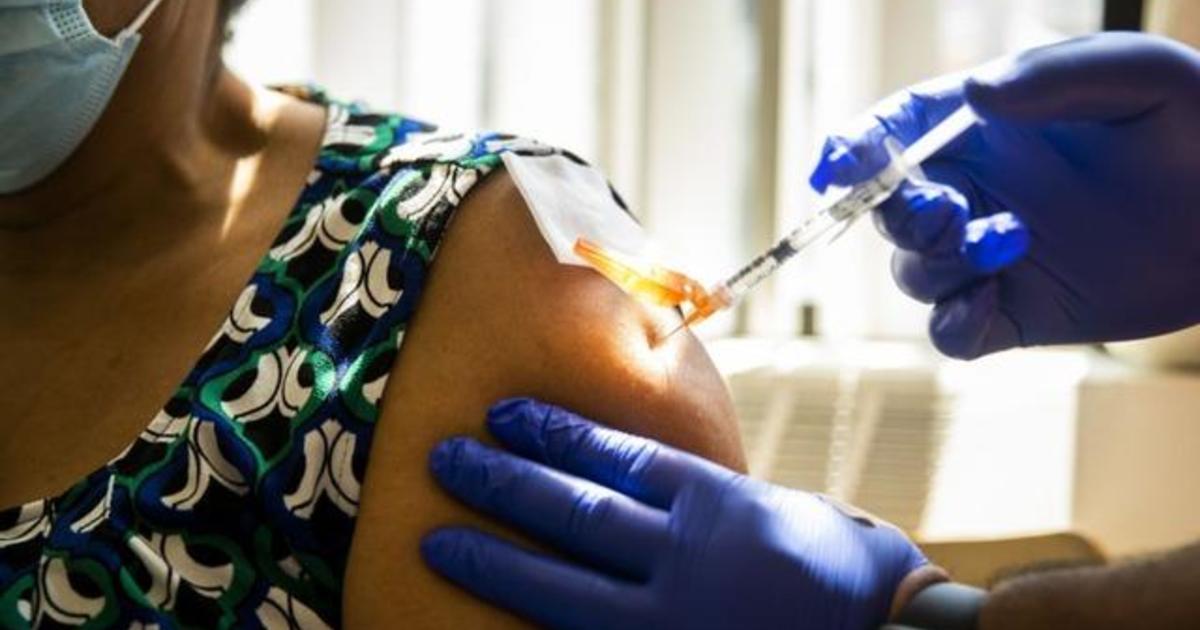