There’s a learning curve for everyone this year, as students and educators head into a new school year taking place both online and in person, or a mixture of the two.

Teachers are discovering cumbersome quirks of video platforms, like having to individually admit each student participant into a live video meeting while also logging attendance. Students are learning to stay socially distanced while newly reunited with their peers and teachers. And parents are bracing for any pivots to a new learning format, triggered by changing COVID-19 infection rates.

As everyone works out the kinks in their new school formats, education leaders are asking parents and community members to show grace and compassion. At the same time, many school leaders are asking their teachers to unpack how racism and white privilege continue to shape lessons and school experiences for students of color.

While this sort of anti-racism work has been taking shape in districts for a while now, many called for a renewed sense of urgency around it in the wake of the killing of George Floyd. Over the summer, that call to action included book clubs and reflective conversations. Now that students are back, many school leaders say they’re committed to not losing sight of this work. Here’s a look at how an elementary principal in St. Paul, a high school principal in Minneapolis,  and a superintendent in a neighboring district are advancing this work in the midst of an unconventional back-to-school experience.

In advance of Labor Day weekend, the Trump administration announced a new directive: to identify and weed out all trainings for federal employees that touch on things like “white privilege” and “critical race theory” — characterizing these concepts as “divisive, un-American propaganda.”

These are the sorts of concepts that have been guiding the anti-racism efforts inside many public schools, including those led by Ryan Vernosh, principal at Maxfield Elementary School in the St. Paul Public Schools district. So he took a public stance, on Twitter, criticizing the Trump administration’s move as “white supremacy at work” and cautioned that a similar move, to end equity work at the public school level, could soon follow.

His Tweet got picked up by a few right-wing provocateurs in the media, he says, and the pushback — ranging from threats of violence to accusations of reverse racism — began to flood his feed. “A lot of the reactions and pushback, I feel, misses the mark of what anti-racism work — like critical race theory — is. To me, that’s to analyze the systems in play that create these disproportionate outcomes for communities of color,” he said, noting the disproportionate outcomes extend beyond the education sphere to housing, health care and beyond.

As a white male, leading a school where a majority of students identify as Black or African American, he feels compelled to take a public stance in defense of anti-racism work. “Dismantling white supremacist systems — or nationalistic systems, or institutionalized racism — falls on white folks. As a leader, I need to be intentional with that work, and can’t stay silent,” he said.

A few days later, Trump validated some of Vernosh’s initial concerns, by announcing plans to direct the Department of Education to examine the use of the New York Times Magazine’s 1619 Project in schools. The project unpacks the role slavery played in shaping America. And Trump has threatened to withhold funding from schools that use it.

Not all of Vernosh’s anti-racism efforts are playing out in such public spaces. Before the death of George Floyd, he says his team had already begun analyzing and processing several deaths within the community that were connected to gun violence in St. Paul. After Floyd’s killing at the hands of Minneapolis police, they continued to hold virtual restorative circles over the summer, to give school teachers and staff a space to process their pain, anger and frustration — the reactions they needed to sort through in order to support students who were being impacted.

Over the summer, his staff also led a number of book studies to deepen their understanding of race and racism. Some of that reflective work will continue into this fall and beyond. For instance, his leadership team is currently examining their own racial biographies. But he’s most focused on challenging his educators to advance equity through their instructional practices — ensuring they are differentiating instruction to ensure all students are accessing the material and progressing. “That’s what, to me, true justice will be — when we can ensure that we have equitable systems and that every one of our young people are amazing readers, writers, scientists, mathematicians, critical thinkers,” he said.

Driving home from a day of back-to-school prep with teachers and staff at North Community High School in the Minneapolis Public Schools district the last week of August, Principal Mauri Friestleben felt compelled to pull over so she could record her thoughts on putting anti-racism work into action this school year. Her message was straightforward: Don’t stress over convincing students that you’re an anti-racist. Show them, through your teaching.

“Teach like you’ve never taught before. Let your revolution come through your instruction and your education,” she said in her video message on Facebook. “Teach with such an anti-racist lens that everything that you present to them — every content, every concept — is taught with such clarity, compassion, depth and conviction that they learn and learn and learn.”

Reflecting on that call to action, Friestleben says her teachers came back grieved by the Memorial Day killing of George Floyd and felt challenged by the reaction and response from the community. Coming back to prepare for the return of students, she sensed many were grasping for things she’d consider “quick fixes” — things like curriculum packets and training on how to create space for kids to process racism.

She’s been redirecting that passion, challenging her teachers to take their convictions and desires to be an anti-racist teachers and apply it to their teaching. That means focusing on deeply understanding the state standards that they’re teaching to and deeply understanding the children that they are teaching. They need solid footing in both, in order to fully engage students in learning.

In advance of the school year, she spent time checking in with teachers to assess their comfort level with the standards, along with the materials they planned on using. If you’re teaching a unit on persuasive writing, she says, then give the students prompts that they feel passionate about — things like law enforcement and housing and other issues impacting their lives, she said.

“We’re all feeling very insecure and very anxious right now about the platform,” she said of starting the year in a distance learning format. “But as far as engaging in some of this anti-racism work, this isn’t new to us.” They’re already familiar with unpacking concepts of privilege and racism, through book studies and professional development opportunities. It’s the sort of reflective work that’s ongoing.

As a school leader, she’s co-coordinating a group for local principals who are committed to advancing educational justice. It’s called Good (Trouble) Principals; and over 150 have signed on, showing their commitment to this work, no matter the pushback they may encounter.

As far as she’s concerned, anti-racism work could be considered some of the most pro-American content you’ll ever find. “It is the story of our most Indigenous people and their strength, and their dignity, and their bravery and their compassion and their generosity. It is the story of our earliest settlers, who were also co-conspirators with abolitionists,” she said. “It’s the story of reconstruction and the African Americans that emerged as civil and political leaders, as bankers and lawyers. It is a great American story that every child, no matter what color of their skin, has an entry point into and can engage in.”

Located nearby, in the St. Anthony-New Brighton School District, Superintendent Renee Corneille says she and her educators are also engaged in the sorts of book studies and reflections that are a hallmark of equity work in many schools. They’ve also been re-examining things like dress code and discipline policies and grading practices, to ensure a more equitable learning environment for all students.

With the new school year under way, she’s asking her educators to focus their equity efforts on getting to know who their students are and building solid relationships with them, then finding ways to engage them with the content.

“Relationships are what everything is steeped in. And we engage in our equity work by providing rigorous and relevant instruction,” she said, noting equity work in her district is grounded in research-based best practices around how children learn best, which is when they feel connected.

When she first came to the district, to work as a middle school principal about 10 years ago, she says the community was reluctant to have deep conversations about race and privilege. Nestled into northeast Minneapolis, the district had became a white flight destination.

When Philando Castile was fatally shot by a local police officer during a traffic stop along Larpenteur Avenue, conversations about race seemed to take off — but more so in the form of divisive echo chambers on social media. There are some who have become newly outspoken and engaged in equity work, she says. Others may still not “believe that race is a character in the story of America,” she says. And then there are people who had been steeped in anti-racism work prior — including many in the schools, where they’re charged with breaking down any systems that prevent students from learning.

Currently, her school board is in the process of finalizing plans to facilitate conversations about race and equity with people outside of the school. They’re exploring options for bringing in trained facilitators, to help people in the community find more common ground, Corneille says. In many ways, schools are best positioned to spark these important conversations because they serve families across the community. Meanwhile, she’s using her platform, as the district leader, to set basic expectations around equity.

“I feel like just because of COVID, there have been more opportunities required of me to communicate with my community — as well as post-George Floyd and the civil unrest that has occurred — that I’ve had to be in a space where I talk without being apologetic that we need to keep our kids safe. Sometimes that’s physical safety, as well as their emotional safety. I’ve been able to share with our community our commitment as a school district, to ensure that learning has to be for all and we can’t pick and choose who gets it and who doesn’t.” 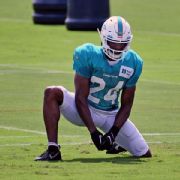 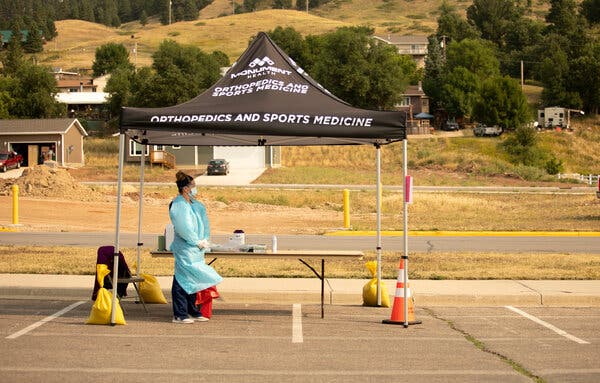 News
How The Unpredictable Coronavirus Pandemic Took a Terrible Toll 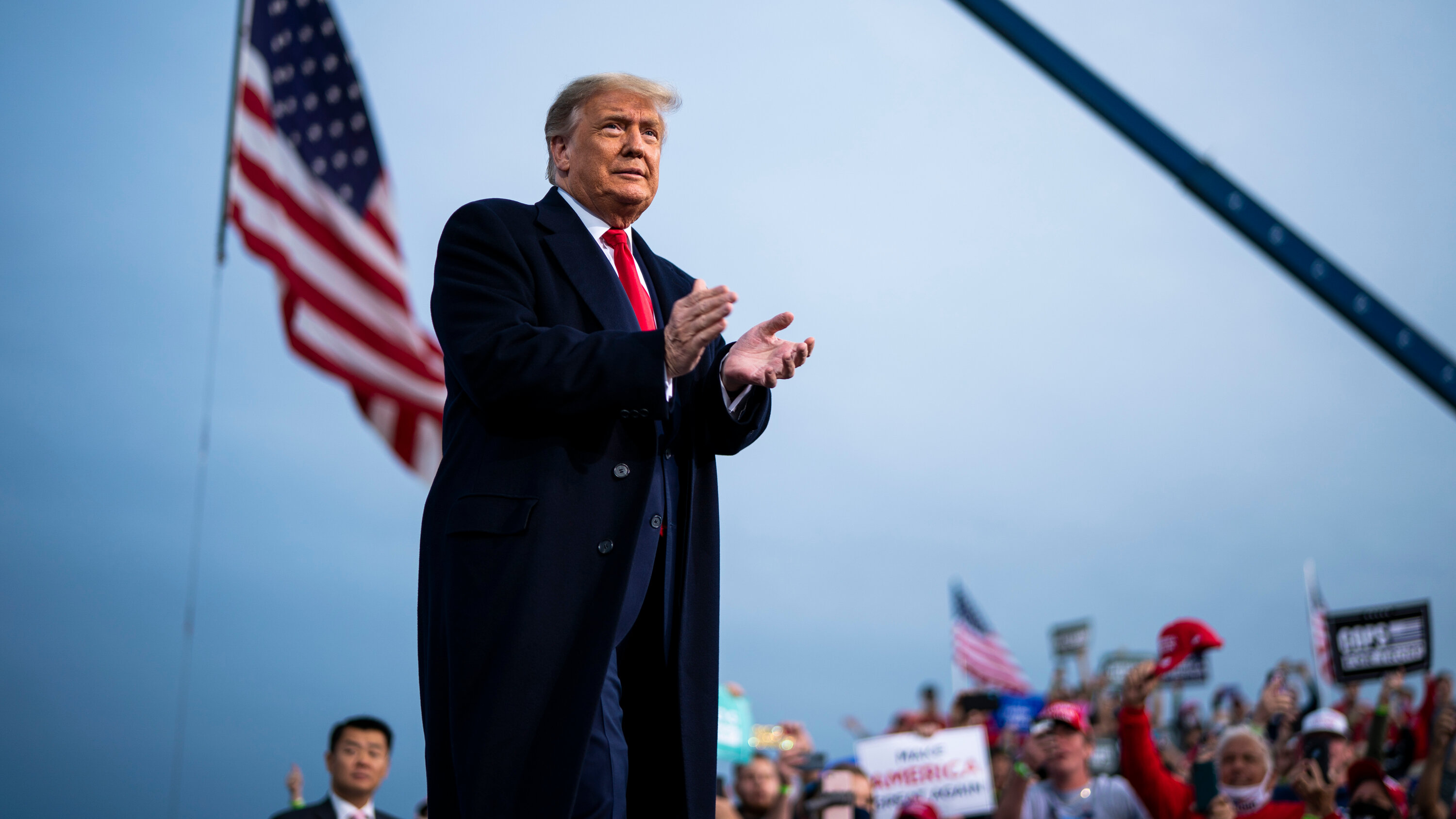 News
Biochip Might Be Used to Detect COVID by Next Year