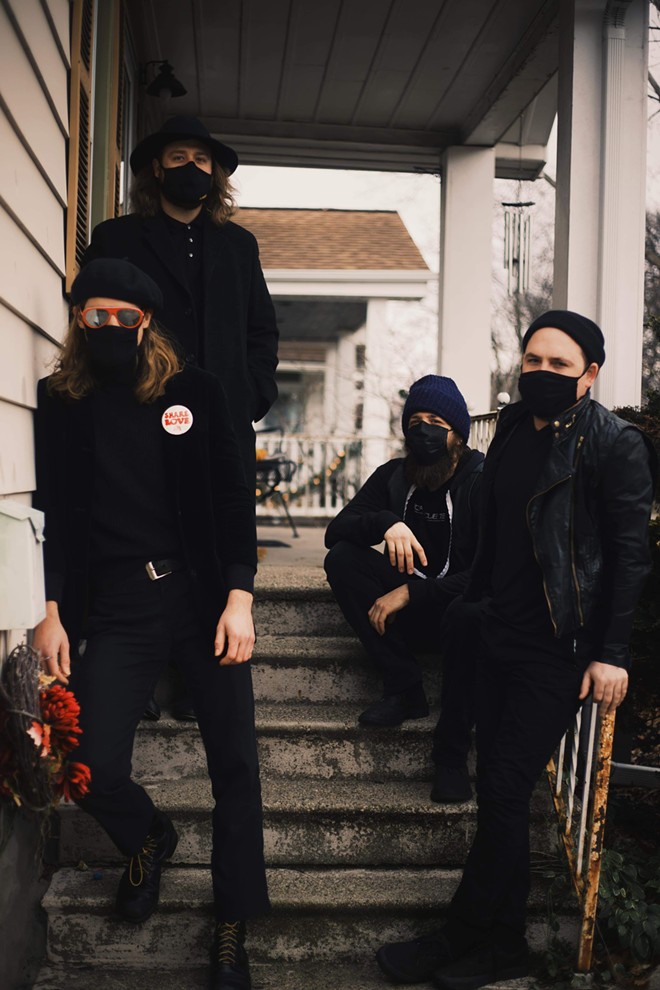 It’s not that VVISIONSS, the art-rock foursome that formed three years ago, claims to see the future, but they also don’t not claim to see the future, either. OK, so it’s not the entire band that has this ability, but band leader Ben Van Camp, who studied under Matthew Smith (Outrageous Cherry) and refers to a theory about kids with scarlet fever à la William S. Burroughs. Confused? Don’t be.

“I have this vision, man,” is something Van Camp has often said. Hence the band name.

Listen to VVISIONSS’s spacious, trippy, and totally transportive Crystal Lover EP, which finds Detroit band mainstays Van Camp, Michael O’Brien, Joe Myers, and Michael Hubbarth hopping on a starship likely once occupied by bands like Soft Machine, Van Der Graaf Generator, and Gong to hit the bar at Outer Limits Lounge. In other words, “Let Her Go” sounds like it should follow a 10cc song in the prom scene from The Virgin Suicides or could squeeze onto the tour bus of Almost Famous, whereas “Dark As the Night” is the sonic equivalent of the good acid hitting right between your eyes or, you know, a fountain soda striking the back of your throat. And, the EP’s title track channels Robert Fripp’s King Crimson and is basically the sonic equivalent to a slap in the face from the Dandy Warhols’ Courtney Taylor-Taylor.

“A lot of those songs, there’s, like, a thing about time,” Van Camp explains. “A lot of times within, like, a single song, it’ll be talking about the future, the past, and the present kind of all at the same time. There’s a song called ‘State of Confusion’ that was released as a separate single, that was kind of strangely accurate to what was going on. There’s a line in that about the sun turning red. And there was a thing that happened where the sun turned red from the wildfires. I can’t even remember what the line is, but it’s something about walking down the sidewalk and seeing the sun turn red, and I was walking down the sidewalk looking at the sun turn red and I was like, I think I wrote about this already.”

Myers also says 2020’s Crystal Lover had already been sitting around for a while well before its release, which is why they’re eager to keep looking to the future.

“We had a lot of those songs done for a long time anyway and kind of hoped that we could do something, like a lot of bands last year. When the pandemic happened, we kind of just changed gears and we’re like, well, you know what, we were sitting on this for long enough anyway. Let’s just put it out there and kind of see where it goes.

“We just were like, let’s shed it and move on.”

Despite all the, well, visions VVISIONSS might have, their crystal ball reading as to when they might get to perform live again is foggy. While they’ve stayed busy writing and performing — Myers holds membership in Virginia Violet and the Rays, O’Brien has a music degree from Wayne State, Hubbarth has been slapping the skins since seventh grade, and all four players can be seen in non-VVISIONSS-related projects like, all the fucking time, because rock ‘n’ roll — they say they’d rather hold off on new materiel until they can park their starship back on Earth.

“Who even knows when we’re going to be able to have shows again, you know?” Myers says. “It’s hard to try to make any sort of plan around that — and I’ve seen some other bands locally that put out stuff, but I don’t think that’s for us. I think if we were to put a record out or something, we want to be there, we want to see our friends. We want to see our family, you know. So, you know, if we have to wait until that happens, I think, like a lot of bands, that’s kind of what we’re looking for.

“We want to see people again.” 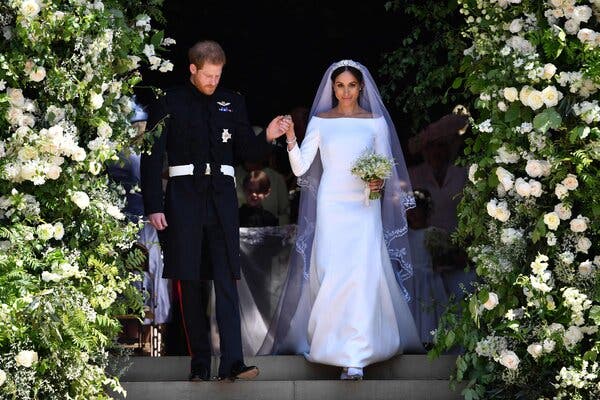 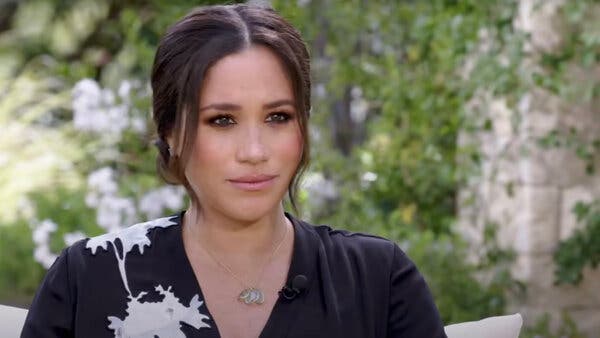 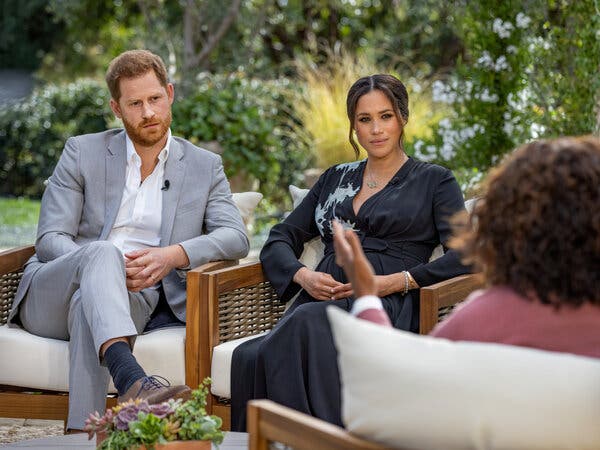 World News
Meghan and Harry Reveal They Are Having a Girl