Previous Post
The speed limit is now officially 20 mph in Minneapolis and St. Paul. What that means — and how it could affect street life in the cities
Share

D.C. Memo: Discounting all the votes 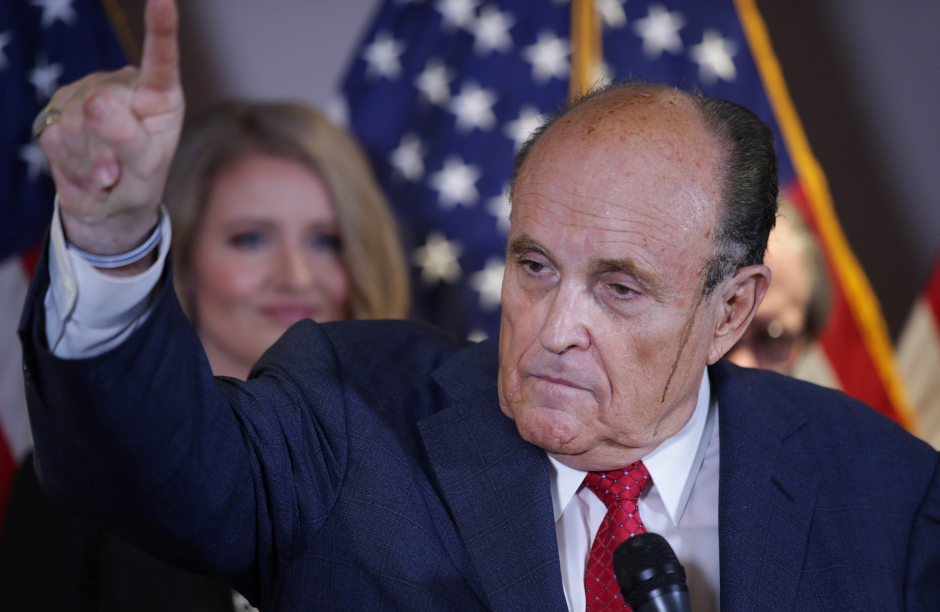 Welcome to this week’s edition of the D.C. Memo, which is not coming to you from D.C. and is no longer being written by Gabe Schneider, who has — as faithful readers already know — taken a fancy new job with VoteBeat, a nonprofit dedicated to covering election integrity, an issue that seems like it’s having a bit of a moment.

We wish him well, and are not at all annoyed at being stuck writing this thing while we scour the country looking for MinnPost’s next great Washington correspondent. In the meantime, we’ll do our best to inform you on the latest news coming out of the nation’s capital — while also testing your tolerance for lame jokes, terrible puns and the occasional random interlude about stuff that has nothing to do with politics or D.C. You’re welcome.

Anyway, let’s get to it. This week in Washington, the president scrambles, Obama debuts, and the legend lives on from the Chippewa on down to the big lake they called Gitche Gumee. But let’s start with Donald J. Trump and his campaign’s latest efforts to overturn the results of an election that was held, according to my what-it-feels-like-amid-COVID-19 calendar, 17 years ago:

If it doesn’t seem like all of this is particularly positive for the president or speaks to a highly disciplined legal strategy, that’s because it is not positive, and because there is, in fact, no strategy. For evidence of this, one need not look much further than the truly nutbar press conference called by Trump’s legal team on Thursday, a gathering so bizarre that Rudy Giuliani’s melting face was only the second-most daffy aspect of the production. The guess here is that you would need an overhead projector, a Cray supercomputer, the ghost of Richard Hofstadter and several shots of tequila to truly untangle the whole mess, but the Washington Post’s Dan Zak and Josh Dawsey do as good a job as any in explaining the gist: “China is in on it. Cuba is in on it. Antifa and George Soros are in on it. At least two presidents of Venezuela, one dead and one living, are in on it. Big Tech is in on it; a Web server from Germany is involved (there’s always a server involved). Multiple major U.S. cities are in on it, as are decent American citizens who volunteer at polling precincts. Argentina is in on it, too, sort of. … The ‘it’ is a massive, premeditated scheme to steal the election from Donald Trump, according to Giuliani, and it also involved corralling poll watchers at great distances from the ballot counting.”

All of which gives credence to the notion that Trump has apparently all but given up on the idea of winning the election, at least via his team’s original strategy disqualifying ballots in key states. Instead, as a phalanx of Washington Post writers explain, the Trump campaign’s new goal is one “that appears equally unattainable: delaying a final count long enough to cast doubt on Biden’s decisive victory. … Behind the thin legal gambit is what several Trump advisers say is his real goal: sowing doubt in Biden’s victory with the president’s most ardent supporters and keeping alive his prospects for another presidential run in 2024. The shift in strategy comes after the president has suffered defeat after defeat in courtrooms around the country. And it serves as a tacit acknowledgment that Trump has failed to muster evidence to support his unfounded claims about widespread fraud.”

Part of those efforts involves putting pressure on low-level election officials around the country to sow doubts about the results, explains the New York Times’ Nick Corasaniti, Jim Rutenberg and Kathleen Gray: “The effort has been joined by surrogates like [Sen. Lindsey] Graham, who has used his visibility as a senior United States senator to make false claims about vote processing in Nevada; forward disputed accusations about mail ballots in Pennsylvania to the Justice Department; and level unsubstantiated accusations about supposedly fraudulent votes for Mr. Biden.”

But none of this seems to be actually doing the president much good. In fact, as Axios’ Glen Johnson points out: “President Trump’s frantic post-election challenges are having the opposite effect of what he intended: He’s documenting his demise through a series of court fights and recounts showing Joe Biden’s victory to be all the more obvious and unassailable.”

And if all that wasn’t enough to make Trump want to hammer-throw a 4-iron through the Mar-a-Lago lobby, this surely will: “Former President Barack Obama’s ‘A Promised Land’ sold nearly 890,000 copies in the U.S. and Canada in its first 24 hours, putting it on track to be the best selling presidential memoir in modern history,” writes the AP’s Hillel Italie. “The only book by a former White House resident to come close to the early pace of  ‘A Promised Land’ is the memoir by Obama’s wife, Michelle Obama, whose ‘Becoming’ sold 725,000 copies in North America its first day and has topped 10 million worldwide since its release in 2018.”

Let’s pause here to take a (very brief) break from politics in order about what happens when the gales of November come early. Last week was the 45th anniversary of the sinking of the Edmund Fitzgerald, which is as good a reason as any to go deep on the man who made sure we don’t forget it. And we do mean deep. For something called Talkhouse, musician Robbie Fulks chronicles his once dismissive attitude — and recent reappraisal — of golden-tressed Canadian folkie balladeer Gordon Lightfoot, whose “Wreck of the Edmund Fitzgerald” is, of course, the single most haunting song in the English language (don’t @ me; that’s just a fact). As Fulks explains his assignment: “Here’s what I ended up doing: listening to every Gordon Lightfoot song on every Gordon Lightfoot release (236 songs, 21 albums not counting the anthologies). I also studied lyric sheets, listened a second and third time, took notes, and discussed my thoughts among friends. This of course was completely out of proportion to the money that Talkhouse pays its writers. I considered it an experiment in self-improvement, to see whether I might revise a set of prejudices to arrive at a clearer understanding, perhaps even empathy.”

So back to your regularly scheduled programming. Up next, a quick look at what some of Minnesota’s congressional delegation has been up to of late.

On Tuesday, 6th Congressional District Rep. Tom Emmer was re-elected chairman of the National Republican Congressional Committee, House Republicans’ campaign arm, following the GOP’s strong showing in the Nov. 3 election. As the Star Tribune’s Torey Van Oot writes: “The vote came just weeks after Republicans exceeded political handicappers’ expectations, winning hotly-contested seats to narrow Democrats’ majority in the U.S. House even as Joe Biden won the presidency. House Republicans had a net gain of seven seats and are leading in several races that have yet to be called.”

On Wednesday, after Gov. Tim Walz announced further restrictions aimed at combating COVID-19 in Minnesota, Emmer joined fellow GOP Reps. Pete Stauber and Jim Hagedorn in writing a letter to the governor express their concerns over his decision. “Over the last several months, Minnesotans have worked tirelessly to save their businesses, reemploy staff, and restart our economy. Now, Minnesotans are scrambling for their livelihoods once more, even as funds sit idle that should provide them relief and security,” the trio wrote. “As you force Minnesotans to close their businesses, we request that you immediately use the CARES Act money to provide Minnesota’s small businesses financial relief. Small business owners bear the cost of your new restrictions and it is imperative that these funds are used to assist them in their most dire hour.”

Meanwhile, another group of Minnesota lawmakers — U.S. Sen. Tina Smith, 2nd Congressional District Rep. Angie Craig, 4th CD Rep. Betty McCollum and 7th CD Collin Peterson — wrote their own letter, this one calling on the leaders of four federal agencies to streamline the rules around hemp, which is currently subject to contradictory federal guidelines. “The bipartisan 2018 Farm Bill legalized hemp in order to create economic opportunities for farmers,” says the letter. “Minnesota farmers appreciate the United States Department of Agriculture’s (USDA) efforts in implementing the Interim Rule on Establishment of a Domestic Hemp Production Program. However, despite the Interim Rule there are still hurdles in place for Minnesota farmers to fully realize the economic benefits of growing hemp.” The letter was sent to the United States Department of Agriculture, the Office of Management and Budget, the Food and Drug Administration and the Drug Enforcement Administration.

Speaking of Peterson, the Star Tribune has a nice look back at his career in Congress.

And, finally, Sen. Amy Klobuchar called on the Centers for Disease Control and Prevention to address flu vaccine shortages. “If you don’t get the flu vaccine and you get the flu, we know there are less hospital beds right now,” she told WCCO-TV. “You don’t want to start getting symptoms of flu and not know if you have coronavirus or the flu. It’s just a mess. And there’s not enough beds as it is right now, so we’re just asking everyone to get their flu vaccine.”

If you’ve read this far, it means you probably MinnPost religiously — and why wouldn’t you — but just in case you got distracted by a pandemic or two, here’s a look at some of our can’t miss stories from the past week:

That’s all for this week. Thanks for sticking around. Until next week, feel free to send tips, suggestions, and sound advice to: aputz@minnpost.com. And don’t forget to become a MinnPost member.

Next Post
DJ Godfather on his first(ish) solo record, Detroit’s ghettotech scene, and that ‘Godzilla’ sample 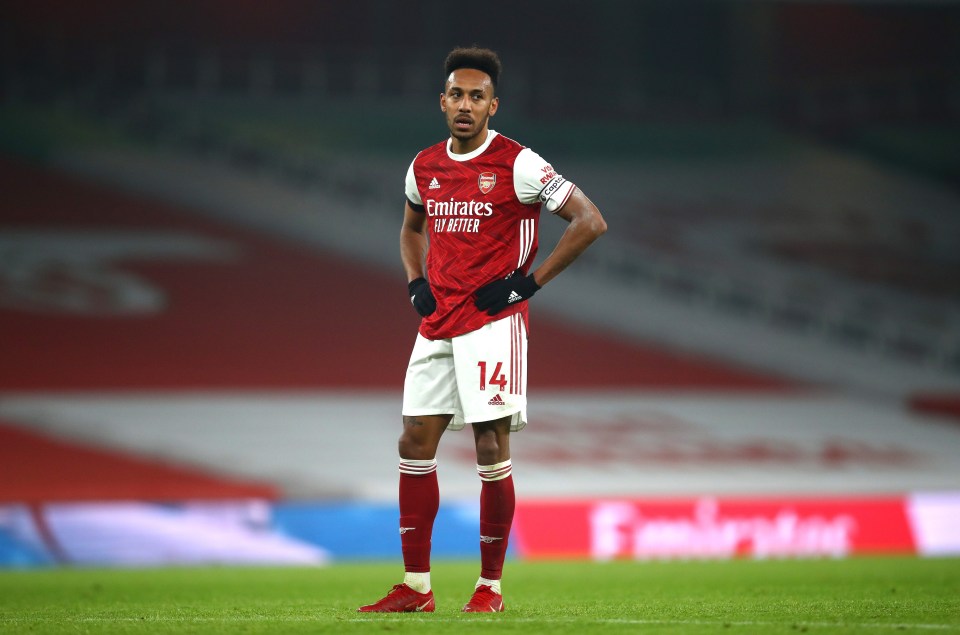 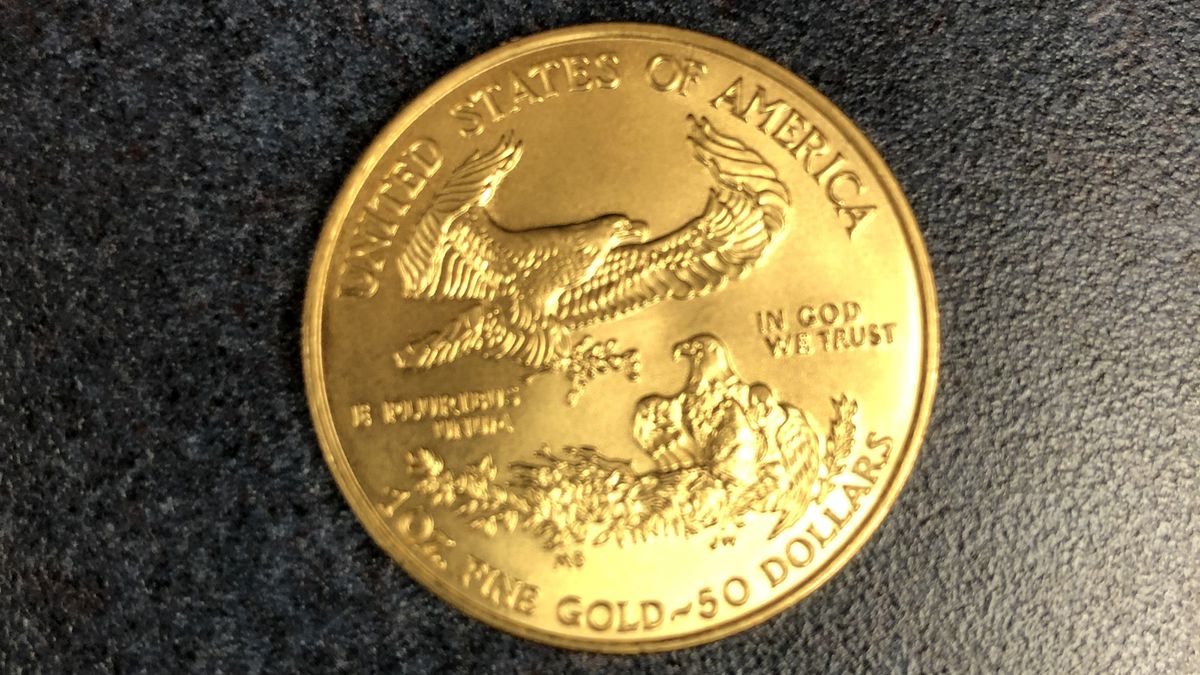 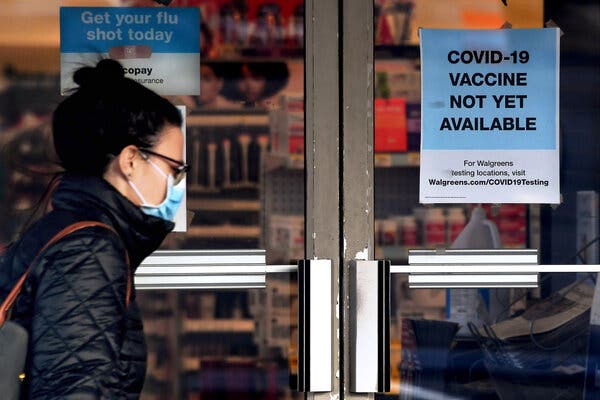