It’s the season, so some business leaders have opened up about why they’re grateful.

It’s a classic Thanksgiving tradition: Go around the table and say what you’re grateful for. That’s not exactly a common practice on corporate earnings calls, but since this is DealBook, we thought we’d highlight some of the things that business leaders said they were grateful for this month during presentations to analysts.

Most often, executives say they are thankful for investors and employees, the corporate equivalent of “friends and family” around the table. But some are grateful for other things, and if you can’t come up with something tomorrow when it’s your turn to express thanks, try one of these alternatives:

I, an executive officer of this company, am thankful …

A jury decides that CVS, Walmart and Walgreens deserve some blame for the opioid crisis. A federal jury found that the pharmacy chains substantially contributed to opioid overdoses and deaths in Ohio, a major victory for plaintiffs suing drug-related companies under the “public nuisance” standard, which underpins similar lawsuits across the country.

The U.S. intervenes to stop a sugar merger. The Justice Department sued to block U.S. Sugar from buying Louis Dreyfus’s Imperial Sugar, a deal that officials said would leave two companies in control of refined sugar sales in the Southeast.

Apple sues the spyware maker NSO Group. The lawsuit against the Israeli surveillance company, the second by a Silicon Valley giant, seeks to permanently block it from using any Apple device. NSO is increasingly at risk of default after the Biden administration blacklisted its products.

Goldman Sachs’s C.F.O. may join Eric Adams’s administration. New York City’s mayor-elect is considering Stephen Scherr, who is set to retire next month, for a senior economic development position, CNBC reports. Such a move may signal Adams’s desire to repair relations with the New York business community, which frayed under Bill de Blasio.

What’s up with oil prices?

Yesterday, in an effort coordinated with five other world powers, the U.S. tapped its Strategic Petroleum Reserve, a 620-million-barrel stockpile meant to be used in times of crisis. Dipping into this reserve for economic reasons has become more common, but globally coordinated reserve releases like yesterday’s are rare.

The move was meant to increase supplies to lower prices, which had drifted lower in anticipation of a reserve release, but oil prices rose on the news, gaining 2 percent, and have held most of that gain in trading today. The steady rise in crude prices has pushed the cost of gasoline higher — the U.S. average is now $3.40 a gallon, up from $2.11 a year ago — presenting a political problem for President Biden.

Here’s why the effort to stop the rise in energy prices may not have the intended effect:

Where are oil prices headed next? Many economists think it will be hard to keep prices down for long. “Using strategic stocks to defend an oil price level set in a global market is pure folly,” McNally said. Helima Croft of RBC Capital Markets told clients in a note that the Biden administration wanted to keep oil prices below $80 a barrel, so more releases could be coming. The president has also tried to tame prices in other ways, like asking trustbusters at the F.T.C. to investigate the conduct by large oil companies in the gasoline market.

“I made a joke the other day that the Communist Party is celebrating its 100th year — so is JPMorgan. I’d make a bet that we last longer.”

— Jamie Dimon, at a Boston College event, reiterates JPMorgan Chase’s commitment to China, while making a dig at its government. “I can’t say that in China,” he added. “They are probably listening anyway.”

How to fix SPACs

Since special purpose acquisition companies recently exploded in popularity, regulators and lawmakers have fretted about what they say are misaligned incentives that benefit SPAC sponsors at the expense of retail investors.

A pending lawsuit over Michael Klein’s $11 billion SPAC deal with the health services company MultiPlan highlights a big issue with the governance of blank-check firms, Michael Klausner of Stanford Law School and Michael Ohlrogge of N.Y.U.’s law school write in a new paper.

The problem: One criticism of SPACs, which raise money in an I.P.O. to buy an unidentified company, is that they are structured to incentivize the financial vehicles’ boards to get a deal — any deal — done. Directors are typically given a deeply discounted stake in the company they buy. Without a deal, those “founder shares” are worthless. Shareholders who buy in at higher prices after a SPAC goes public have two forms of protection against management signing an unfavorable deal:

Why the MultiPlan deal matters: Founder shares in the SPAC cost $25,000 and were worth over $300 million upon the merger’s closing, a return of more than 1 million percent, according to the lawsuit. MultiPlan has lost about half of its value since closing the deal, as it has battled an attack from the short-selling firm Muddy Waters. Plaintiffs argue that if they had received full information about the company, they would have redeemed their shares. (MultiPlan, which is contesting the lawsuit, declined to comment.) Other cases targeting SPACs are based on a similar argument.

The proposed solution: SPACs should pay and structure their boards differently, Klausner and Ohlrogge argue. Sponsors can appoint truly independent directors by, for example, hiring a recruiting firm. And they can pay these directors with regular shares or cash, as most companies do. These practices won’t address all of SPACs’ perceived problems, but it’s a place to start.

Bankers aren’t racing to return to the office

Even as many bank chiefs declared that it was time to return to the office this summer, most bankers are slow-walking their return, The Times’s Lananh Nguyen reports. The financial industry employs more than 330,000 people in New York City, and last month only 27 percent of them came into the office daily, according to data from a survey conducted by the Partnership for New York City.

Here’s a roundup of where some banks stand on return-to-office plans:

Many bank executives are privately irritated. “From the employer perspective,” said Kathryn Wylde of the Partnership for New York City, “the longer this goes on, the more difficult it is to get people back, the greater their frustration.” Managers said it was unfair for highly-paid staff to keep working from home while others, like bank tellers and maintenance workers, come in every day. Two senior executives, who declined to be identified when discussing personnel matters, said they may push out subordinates who are not willing to return to the office regularly.

Best of the rest

We’d like your feedback! Please email thoughts and suggestions to dealbook@nytimes.com. 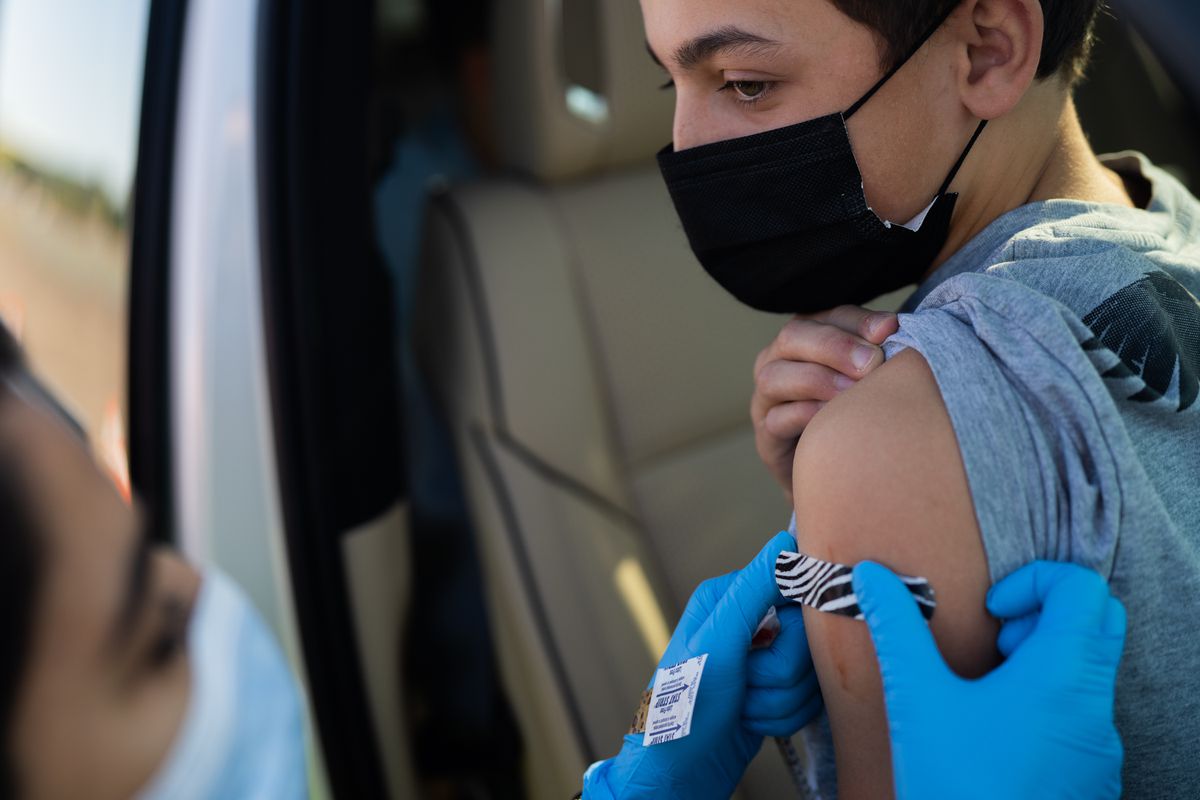 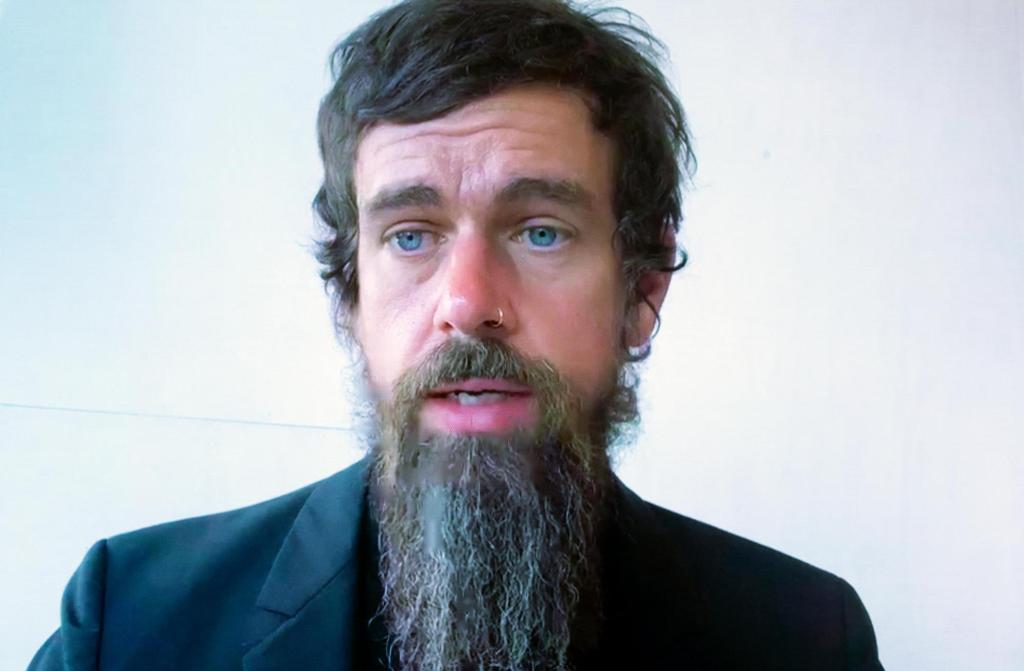 News
Twitter CEO steps down, leaves company at a crossroads 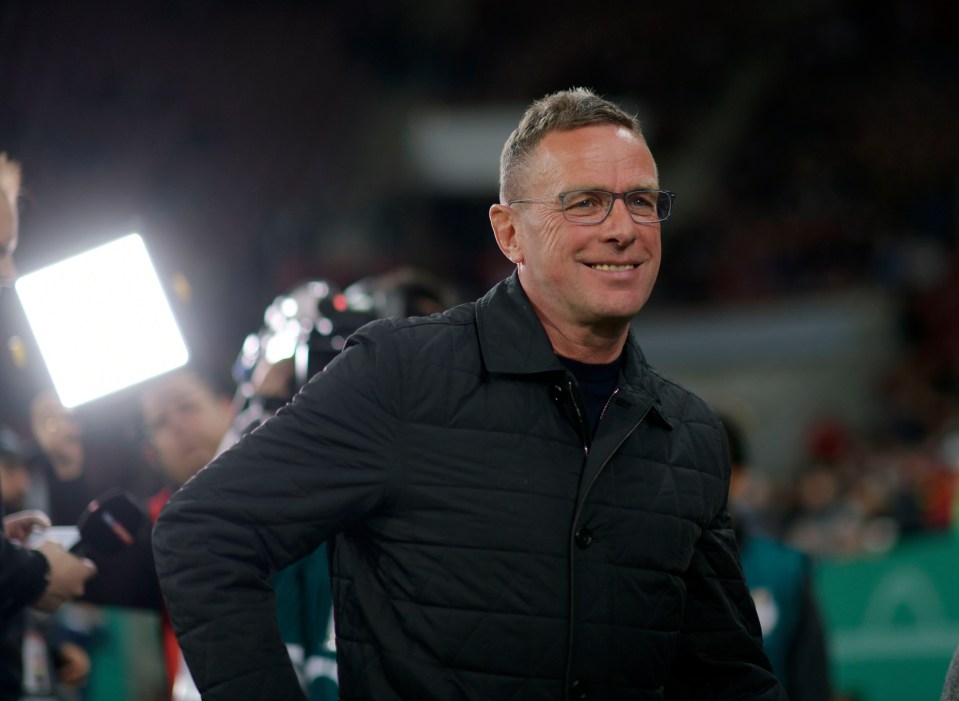 Sport
Ralf Rangnick is the new man at Manchester United, but how do his Prem...
Travels
Airlines log busiest days since early 2020 over Thanksgiving but omicr... 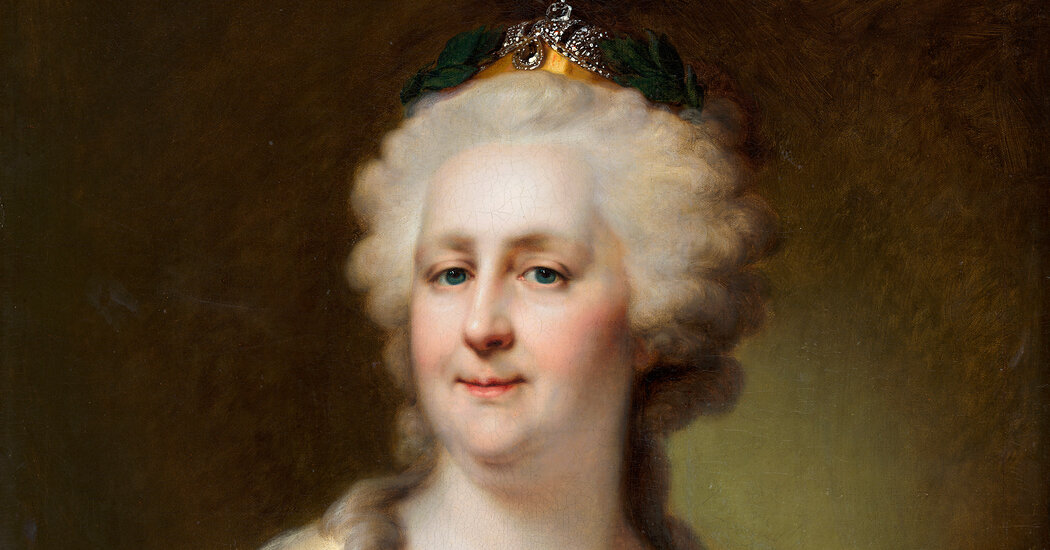 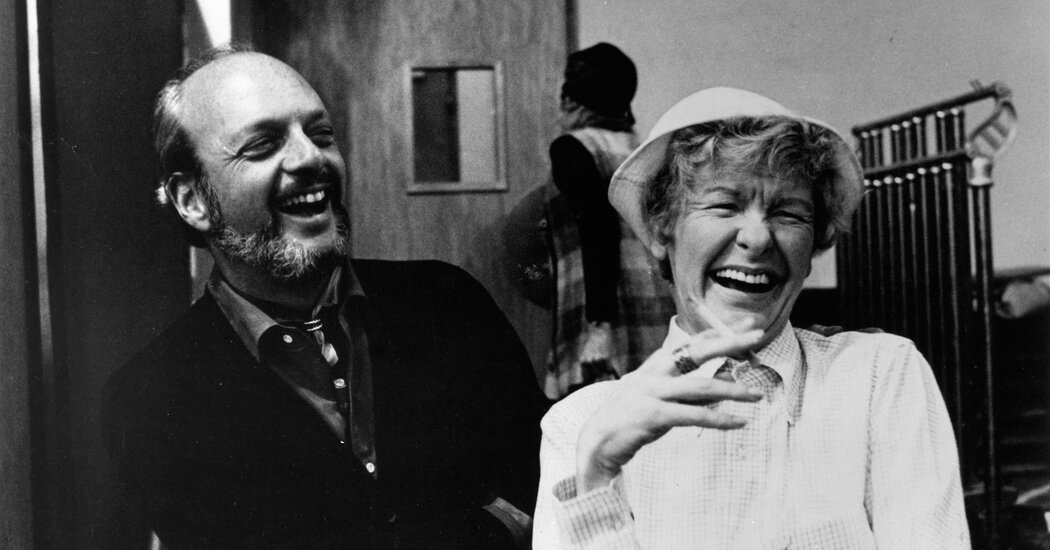 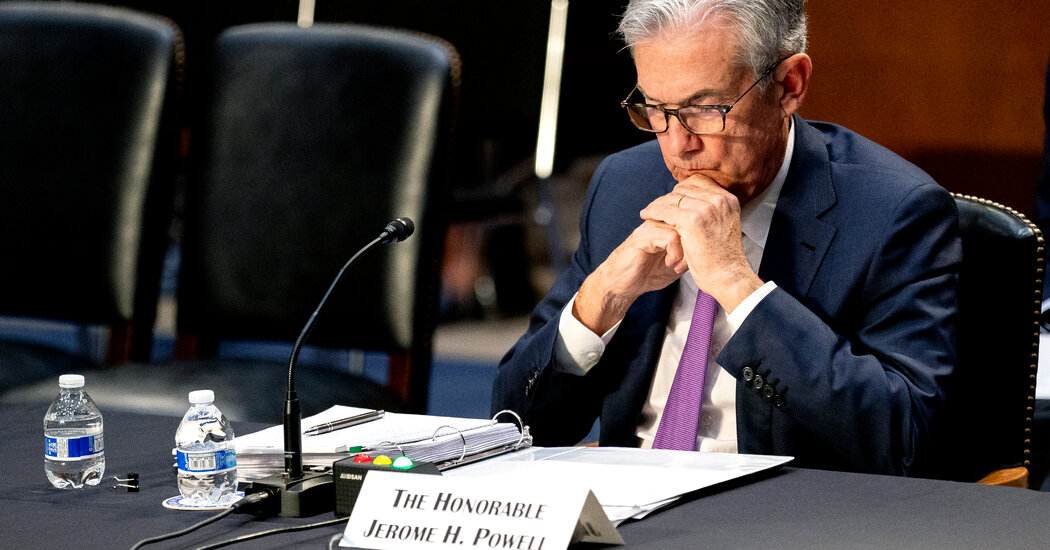 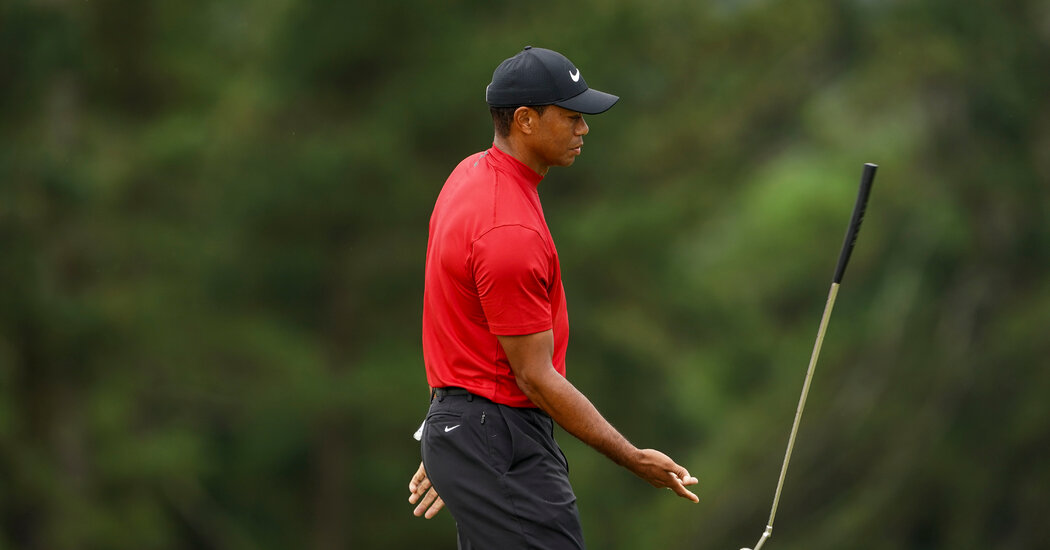