Shannon Barnes learned early in life that music mends the soul. The act of singing is among her earliest memories. Emotions, whether celebratory or cathartic, were always channeled through the voice. “I was really raised to sing,” she says. “I loved to sing as a kid and I loved performing. I would do all the talent shows at school — I loved being in choirs and band, and I feel like I was always a natural performer.”

Barnes arrived on the Detroit music scene just over five years ago with her band White Bee; over that span of time, she’s recorded an EP, some singles, and performed consistently around town. This weekend, she’s releasing her first full-length album, Psychedelic Flight Attendant, but she’s been on a bit of a journey these last two years, one that found her completing a degree in music therapy, forging a strong bond with musician and producer Elise McCoy, and attaining a profound appreciation for community.

“I got into music therapy because I just want to help,” Barnes says. “I want to be able to help people. That’s what I like so much about music, is that it can help people and I want to help as many as I can.

“Having not been from around here, the community of Detroit has really inspired me. I’ve been working with a lot of youth (via Community Music School), and just seeing their passion and hearing their influences and seeing their drive to create things and seeing them be kind to each other — I’m very inspired by that. I feel very privileged to be part of something like that.”

Barnes says she grew up “kinda out in the middle of nowhere,” which is a small town called Morley, just 15 miles south of Big Rapids. Her parents were avid music listeners with impressive catalogs at home spanning Prince to Creedence Clearwater Revival to Otis Redding to Stevie Wonder. Her mother, a singer, encouraged her to express herself through melody and tonality, casually teaching young Barnes the pitch variances of vibrato while making grilled cheese sandwiches. The simple axiom that music and songs just make people feel better stuck with her.

She moved to Detroit in the early 2010s to get started on a music degree at Wayne State, focusing on the saxophone. “But I always wanted to play guitar,” she says. “I had actually started when I was 15, just learning simple campfire song chords, but it never really stuck with me. It was after I moved here to go Wayne and started getting more inspired by the music scene, where I finally just said, ‘I gotta do this! I know it’s in me! I’m literally studying music and I already know I can sing!'”

Her first show as White Bee was a solo set at the Trumbullplex. “It was just a few of songs I’d written,” she says. “I remember bringing a notebook up on stage with me so that I could remember all the words and chords. But, yeah, it all started from there.” Barnes’ proficiency as a guitar player accelerated substantially after that — her nimble chord progressions and gracefully elegant melodic phrases demonstrate a savviness that eclipse the considerably short period of time she spent acquainting herself with the instrument.

“If I wanna know something, if I want to understand a subject, I’m going to do the research on it,” she says. “I started on guitar, really, when I was about 21, so that’s only six or seven years now. But, also, music’s always been in my blood. It’s something I’ve always wanted to push myself to do, something that I want to learn, so I was going to focus all I could on it.”

Since moving to Detroit, she’s learned other instruments, and is currently teaching group and private lessons on piano, guitar, and voice at Community Music School.

White Bee started as just Barnes. Then it became a band. But that band dissolved, and it was just Barnes again. To lose her first band was a bit devastating, but it didn’t dissuade Barnes. About two years ago, White Bee refortified with new members and became a full band again — but, in essence, it always is and will be Barnes. She’s utilized her powerful voice and keen sensibility for dynamics to develop a vocal delivery reminiscent of rhythmic-to-gliding syncopation of jazz, fusing that to her intricately measured guitar phrases imbued with funk, and penning lyrics that bare the soul.

“I do think that I sound like a jazz vocalist sometimes,” she says. “But sometimes I sound like a bluesy-rock vocalist. But I’ve always loved the sound of jazz, and I’ve wanted to capture that. So, I started learning more jazz chords on guitar and was actually surrounded by lots of jazz musicians during my undergrad at Wayne.” Barnes wound up switching to Eastern Michigan University for her therapy degree, but it was before that, here on campus in Midtown, where she met Elise McCoy.

“[Elise] was in My Pal Val, which was a band that was around before I even moved to the city,” says Barnes. “They were an incredible three-piece, mixing bluesy-rock with a ’90s alternative kinda thing. It had attitude, it had angst, but it was still beautiful. Elise is an amazing guitar player.”

McCoy, all these years later, wound up producing and mixing the songs for White Bee’s new album in her home studio.

“I remember walking in to my first day of piano class at Wayne and realizing it was all dudes except for me and one girl, Elise,” she says. “I remember looking over at her during class and we just naturally drifted toward each other afterward. I said, ‘Well! We’re the only two girls in class!’ She said: ‘…Yep!’ I said: ‘…We’re probably gonna be friends!’ She said, ‘Yep!’ And we walked out of Old Main together. She put on her Ray-bans, lit up a cigarette, and we walked down the street talking about Led Zeppelin. She drove me to a My Pal Val show the next night.”

Barnes said there are two older songs on Psychedelic Flight Attendant, but the rest came together over the last two years. Meanwhile, as Barnes went off to EMU, McCoy studied music tech, and started bolstering her engineering skills. Barnes describes McCoy’s studio space as “the coziest spot, ever — candles burning, stocked fridge, a drum kit, and this little cove for recording vocals. It’s a very safe, comforting environment, and (McCoy)’s the most patient person.”

Barnes says it’s quite likely she’ll explore spacier, more experimental sounds in future songs and recordings, but she specifically wanted to capture something specific with these tracks. “They started as bedroom guitar songs, so I wanted to get at that quality,” she says. “There’s not much effects or distortion; a lot of the vocals are really pure. All of the tones sound clean; I wanted everyone to be able to hear every little detail in it, I didn’t want it to be covered by anything. It’s exactly how I wanted it to wind up sounding.”

Looking back several years to when she first arrived on the scene, Barnes says, “I’ve mellowed out a bit. I’m working really hard each day at my jobs, and music has become this beautiful outlet for me; it’s there for me to have and enjoy. So when people come out to my shows, I get emotional just knowing they’re there and want to hear what I have. There are always new faces, and that’s big. I’m trying to embrace every little detail and every little moment and just live my young life and understand and appreciate that I’m doing really cool things — that I’m allowed to do these cool things.” 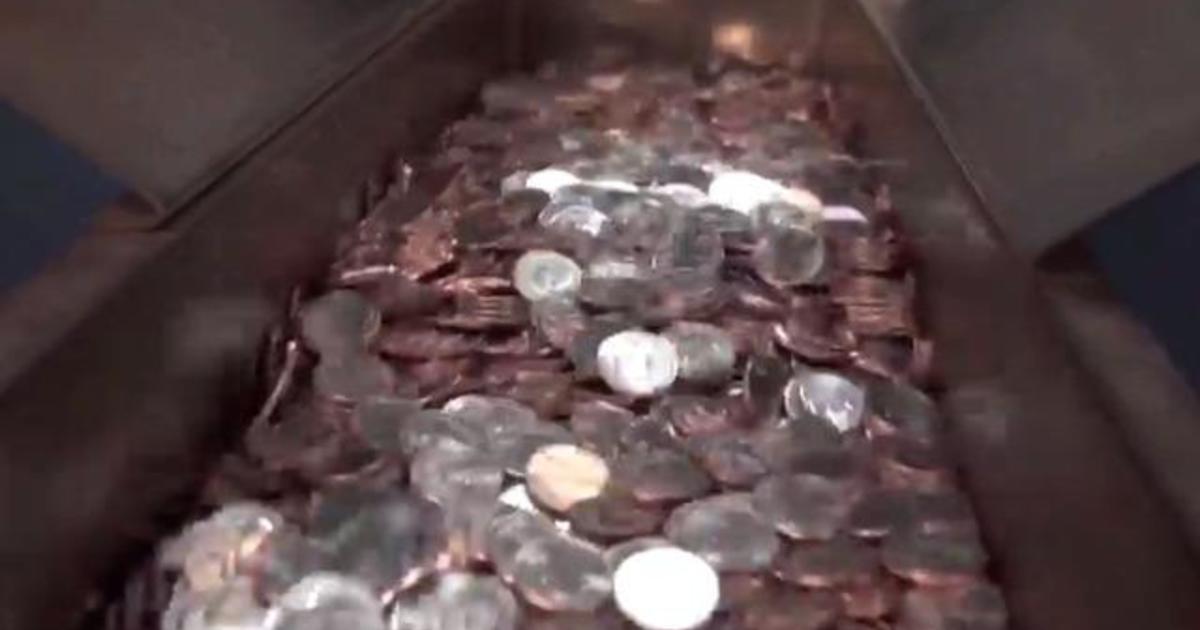 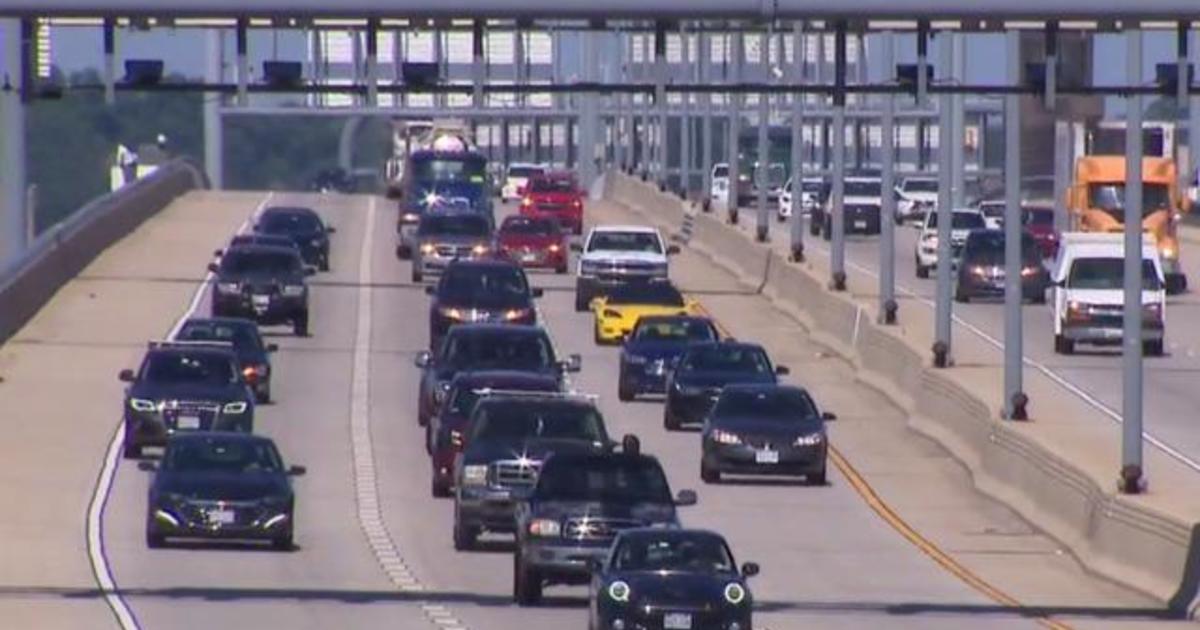 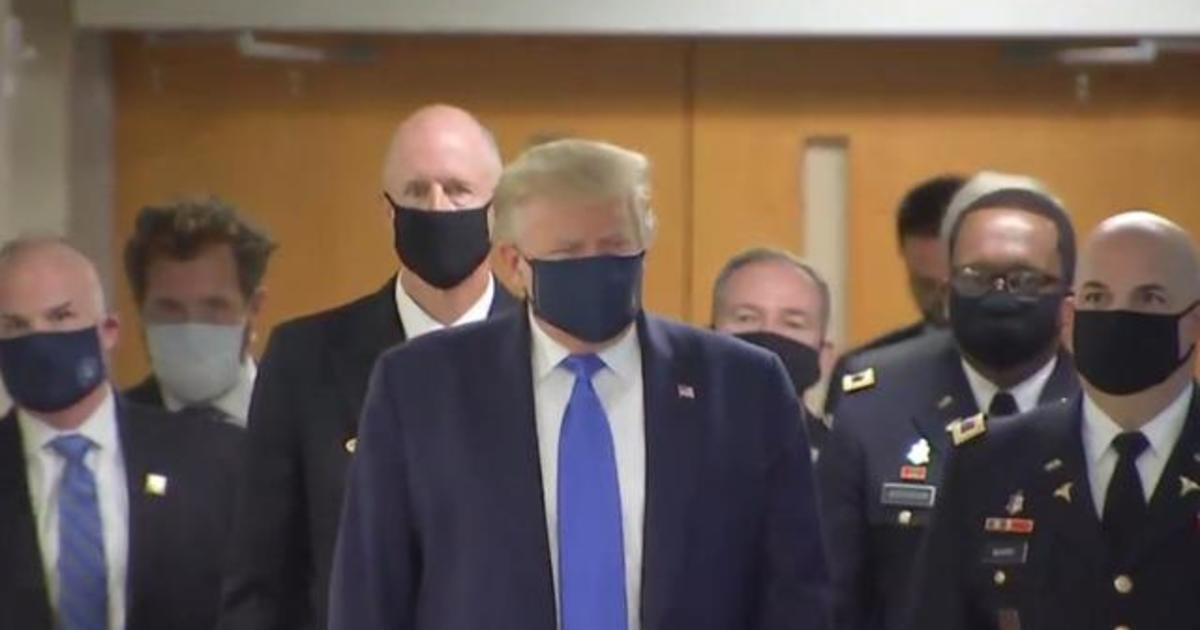 Health
Trump wears mask for the first time in public 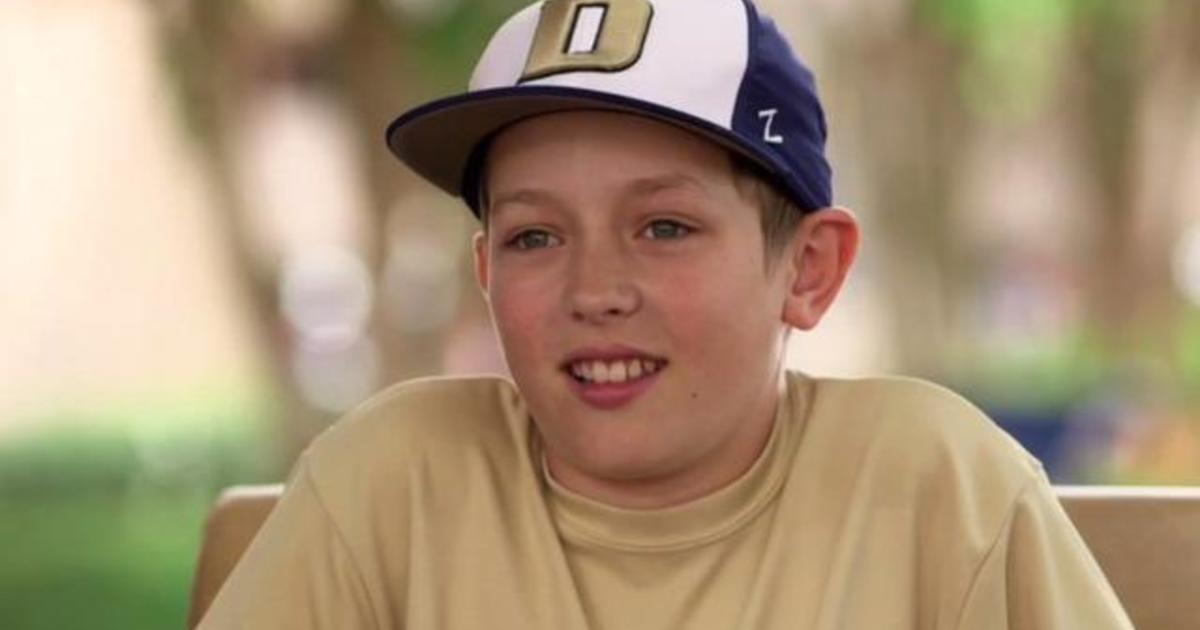 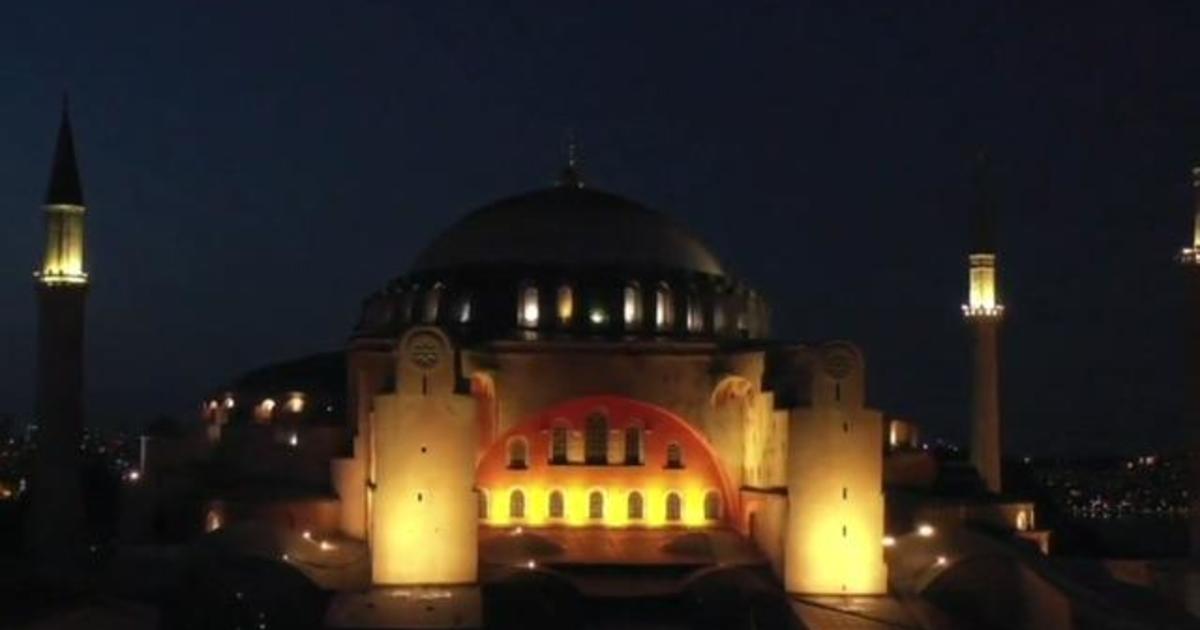 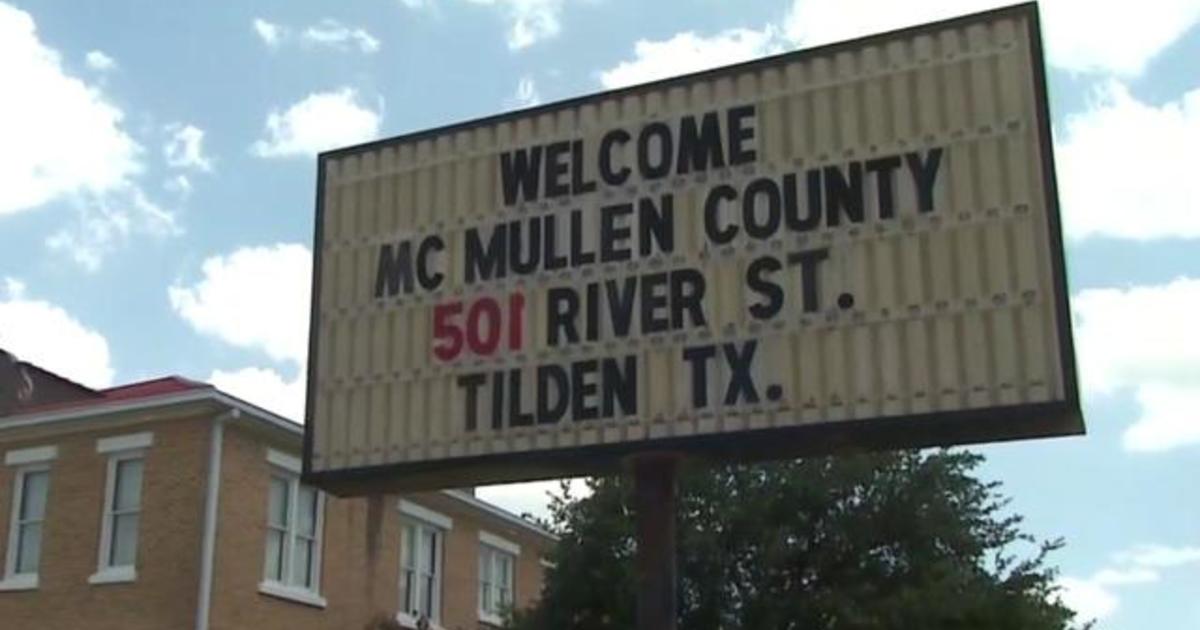 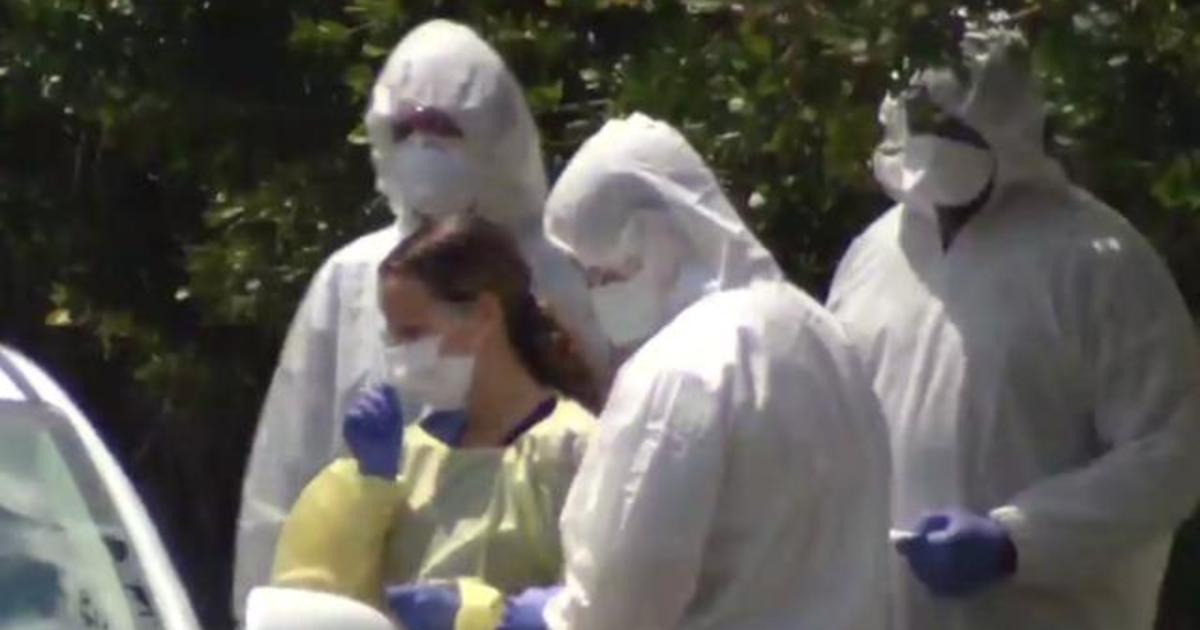