SALEM, Ore. — They were trapped. As walls of fire and smoke encircled their town and blocked the roads, the last people in Detroit, Ore., trickled onto a boat launch beside a half-drained reservoir — residents and vacationers, barefoot children in pajamas, exhausted firefighters. There were two people on bikes. One man rode up on a powerboat.

Seven miles to the west, one path to safety out of the mountains along Highway 22 was blocked by flaming trees and boulders as the largest of 30 wildfires consuming Oregon raced through the canyons. Thirteen miles to the east, the other way out of town was covered with the wreckage of another seething blaze.

So as a black dawn broke one morning last week, the 80 people trapped in the lakeside vacation town on the evergreen slopes of the Cascades huddled together in a blizzard of ash, waiting for a rescue by air.

Jane James sprawled out on the pavement with her two dogs. Greg Sheppard, a former wildland firefighter, borrowed a phone to call his wife. Some people prayed. Others cried. The children, brushing off the threat, ate Oreos and played in the parking lot.

Firefighters assigned each person a number that would determine who would get on the first helicopter dispatched by the National Guard. They spoke with a matter-of-fact calm, even as some privately began to fear the worst and tried to get messages of love to their families.

Roberto DelaMontaigne, a 25-year-old volunteer firefighter, shoved his personal worries aside as he cleared away bushes to create a fire break. Laura Harris, a volunteer firefighter working alongside her husband, wondered to herself: If the helicopters cannot get in, what would their daughter’s life be as an orphan?

Through the din of wind and rattling trees, the crews could occasionally hear the whirring blades of a helicopter above. On the edge of a makeshift landing circle, with strobe lights to guide choppers in, they continued working by hacking down trees. Then the news arrived over their radios: The helicopters could not land.

Nobody was coming to their rescue.

A frantic effort to escape

Solitude and self-reliance are embedded in the DNA of the tiny neighboring towns of Detroit and Idanha.

The communities were once logging towns with three sawmills, where longtime residents said it was common to see locals walk into the post office or country store slinging a chain saw on their backs. But the decline of the timber industry turned Detroit and Idanha into tourist towns and bedroom communities for the state capital, Salem, about an hour’s drive down the hill.

Life there was full of mountain-town contradictions: Expansive second homes, squat cottages and people in trailers on the edge of poverty. Neighbors who put their pickups into park to chat when they drove past each other and recluses who shunned society.

Residents cherished the mountains and lake as an Edenic mini-Yellowstone, but there also was the time a few years back when Idanha considered dissolving itself; nobody wanted to run for office and a previous mayor had been charged with meth possession.

Summers brought a blur of boaters, bikers and vacation rentals. In the fall, Detroit Lake was drained and the 400 or so full-time residents spent winters embracing the quiet and trying to hang on economically even when weeks of blizzards buried them in 12 feet of snow.

As far as firefighters were concerned, the autumn rains and snow could not arrive too soon this year. Smoke and small fires were billowing through the summer, and the Douglas firs that mark Oregon’s license plates had become a carpet of tinder, ready to light the Willamette National Forest ablaze. Making it worse was the climate change that had intensified the drought and heat raking the West.

On Sept. 6, the day before their world exploded, the volunteers at the Idanha-Detroit Rural Fire Protection District were worried. The Beachie Creek Fire had been smoldering for a couple of weeks about 10 miles away in remote terrain so treacherous that crews had not been able to fully subdue the blaze. They met to discuss their wildfire attack plans.

When winds started to pick up the next night, some went out to do patrols to look for spot fires and downed trees. The power at the station blinked out.

Then a call came in: Fire was coming over the mountain.

As the Beachie Creek Fire clambered up canyons and sprinted across ridgelines, another huge wildfire farther east, the Lionshead Fire, began pressing toward the Highway 22 canyon.

The authorities decided: They had to evacuate the towns. Now.

After midnight, Don Tesdal, a volunteer firefighter, strapped his four children into his Suburban and drove through his Detroit neighborhood yelling: “Everybody wake up! Fire! Fire!” Bedroom lights winked on between the trees. Neighbors in their underwear started pounding on doors.

At around 4:30 a.m., Cindy and Larry Neblett of Pinckney, Mich., were sleeping in their R.V. outside Detroit when they were jolted awake by thumping on the side of the vehicle.

“You have to evacuate immediately … fires all around you … you have to leave now!” the person shouted.

The couple was in the Northwest for their first major R.V. road trip since Mr. Neblett retired six years ago. They had spent time exploring the territory around Portland and were headed south to see places like Crater Lake and the Redwoods when they settled for the night in the Detroit area.

The first waves of evacuees managed to navigate the two-lane highway as their cars were pelted with burning branches and pine cone fireballs. They crawled under tilting tree trunks and climbed out of their cars to try to push fallen trees out of their way.

By the time Mr. Sheppard, the former firefighter, left the open field in Detroit where he had spent the night, plumes of flame were rocketing hundreds of feet into the air. He and a friend caravanned west toward Salem before boulders and trees closed their path. He prayed: Don’t pop a tire.

“We’ve got to get out of here,” Mr. Sheppard said to himself.

Travis and Jane James were rushing down with their two dogs when their Jetta station wagon slammed into a boulder and ruined a front tire. Mr. James grabbed the spare out of the trunk, but the wrench to pry off the lug nuts was missing.

Kristy McMorlan and her husband also encountered the treacherous rockslides, crashing into a 15-inch boulder. They changed a tire on the roadside as fire crackled in the swaying trees around them.

Wildfires in the West ›

One by one, the evacuees realized there was no choice. They had to seek refuge in Detroit.

Directed by firefighters to gather at the Mongold boat launch on the reservoir, people kept arriving, waiting under the glow of orange smoke and falling debris.

Firefighters initially held out hope that highway crews would be able to clear the blocked roadways to provide a path out, but that option was deemed too dangerous. With the prospect of helicopters arriving, firefighters were so eager to seize the opportunity that they had people lie on the pavement to avoid flying debris, their faces away from the landing zone, protecting their heads but ready to run into the helicopter at a moment’s notice. The fire kept getting closer.

“It’s all around us,” said Ms. Harris, one of the volunteer firefighters, as one of her colleagues swung an ax to knock down the tree next to her. “There’s nowhere here that doesn’t have fire. Wind of about 60 miles per hour is pushing it toward us.”

Then, as reality sank in that the helicopters were not coming, the firefighters prepared a last stand.

They decided to line up their fire trucks as a makeshift barrier between the people and the encroaching flames and blast out their water supply like an encircled army firing its last shots.

One of the rigs carried about 1,000 gallons of water. Another had maybe 750 gallons. A third had 300 gallons. It was not nearly enough to beat back flames stoked by winds as high as 60 miles per hour, let alone the deadly thicket of smoke they would bring. They determined that trying to draw water from the drained reservoir, filled with debris, would not work.

But the reservoir also offered the best chance of survival. If the flames got too close, firefighters planned to move everyone onto the wooden docks or, if necessary, into the choppy waters.

The crews also began preparations for longer-term survival. A firefighter rushed to his threatened home to clear cupboards of supplies. Ms. McMorlan returned to her abandoned camping trailer, grabbing all the food she could.

At the boat docks, someone from the U.S. Forest Service arrived with a map and began talking with the fire crew. There was a chance of escape. Firefighters had “punched a hole” by clearing debris from a Forest Service road threaded through the Lionshead Fire, farther northeast toward Mount Hood. They had opened a trap door.

“It’s go time,” the firefighters at Mongold told one another.

The route was probably clear enough to pass, they believed, but if they did not go now, the window could close.

Mr. DelaMontaigne sprang into action. He had dreamed about becoming a firefighter since he was a boy, and had moved to Idanha to try to put a turbulent part of his life behind him. He lived at the fire station, where he spent his days cleaning fire rigs and going on calls. Now he put on his “fire voice” — confident and loud — to rouse the crowd.

The firefighters mobilized the caravan of vehicles and headed back into Detroit before turning left on Forest Road 46. The road was thick with smoke and covered in small branches.

During a one-mile stretch, there were flames on both sides of the road, with the heat penetrating the vehicles of the convoy.

Then, the worst of the smoke began to clear, and blue skies emerged.

“Oh praise the Lord, we’re going to make it,” Ms. McMorlan said. Mr. DelaMontaigne allowed himself a puff on his vape. Ms. James could not stop crying.

Later, they would learn that Idanha had survived but almost all of Detroit had burned. City Hall and the fire station, marinas, the motel and the community church, the house where Mr. Sheppard had lived for 41 years, and all but 20 or 30 homes — all gone. No one had died, but eight people from nearby towns and elsewhere across Oregon were killed.

As the convoy split up and people headed for motels, shelters and relatives’ homes, Ms. Harris and her husband prepared to return to Detroit to get their truck and all the personal belongings they had collected.

But by then the fire chief had emerged with a warning: The road was now too dangerous to pass. There was no going back.

Jack Healy reported from Salem, and Mike Baker from Seattle. 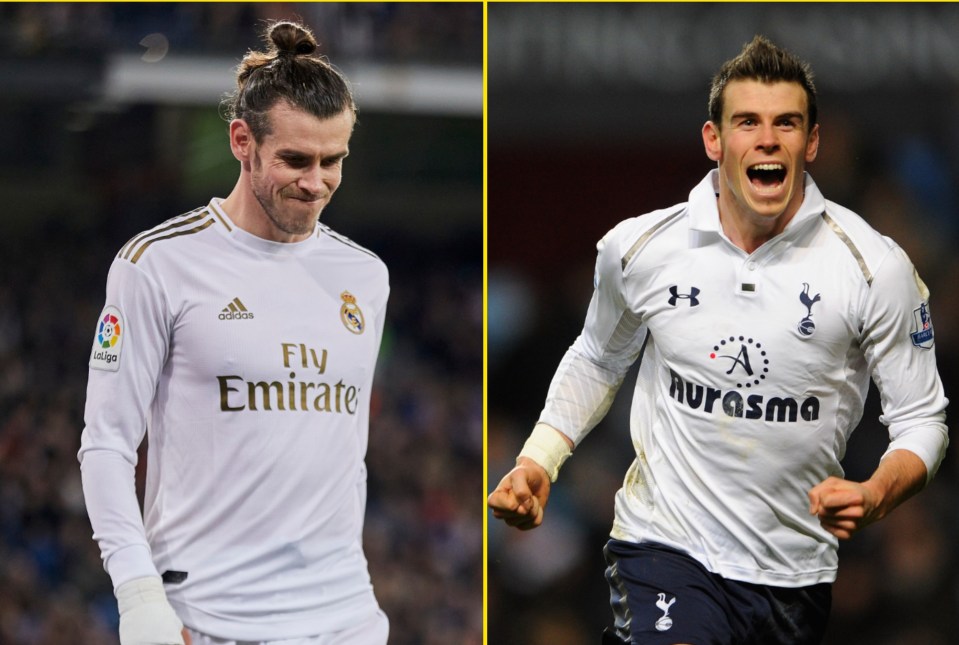 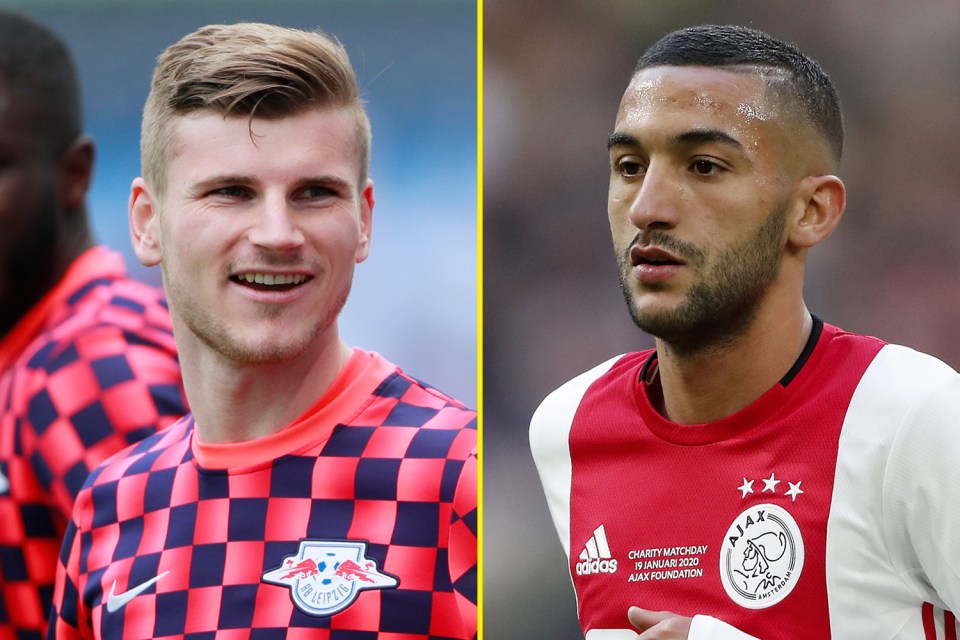 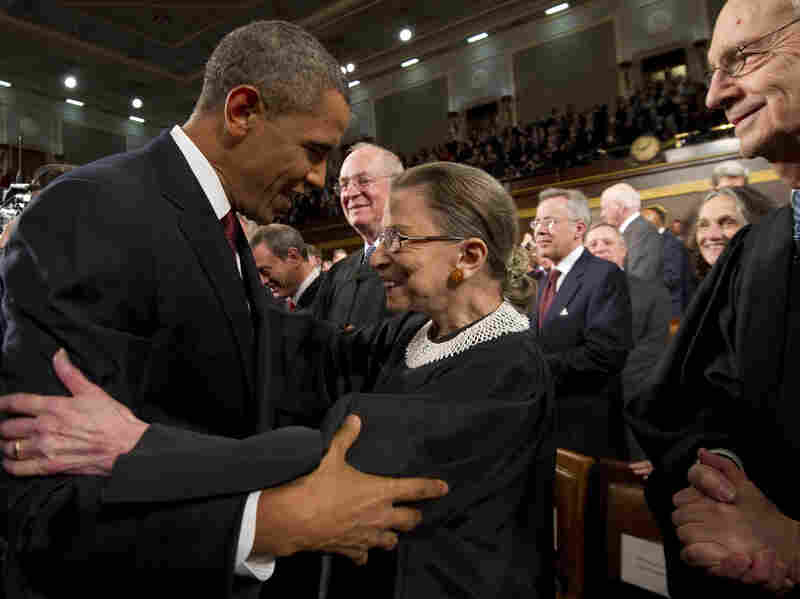 News
In A Tribute To Justice Ginsburg, Obama Calls On Senate Delay Naming A... 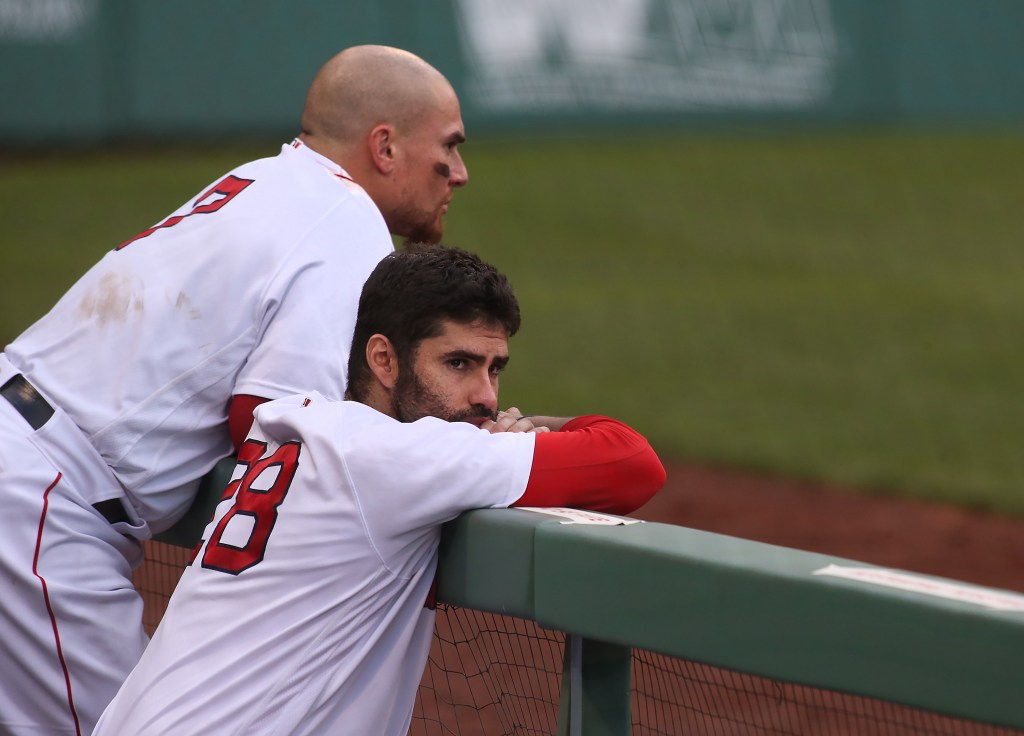 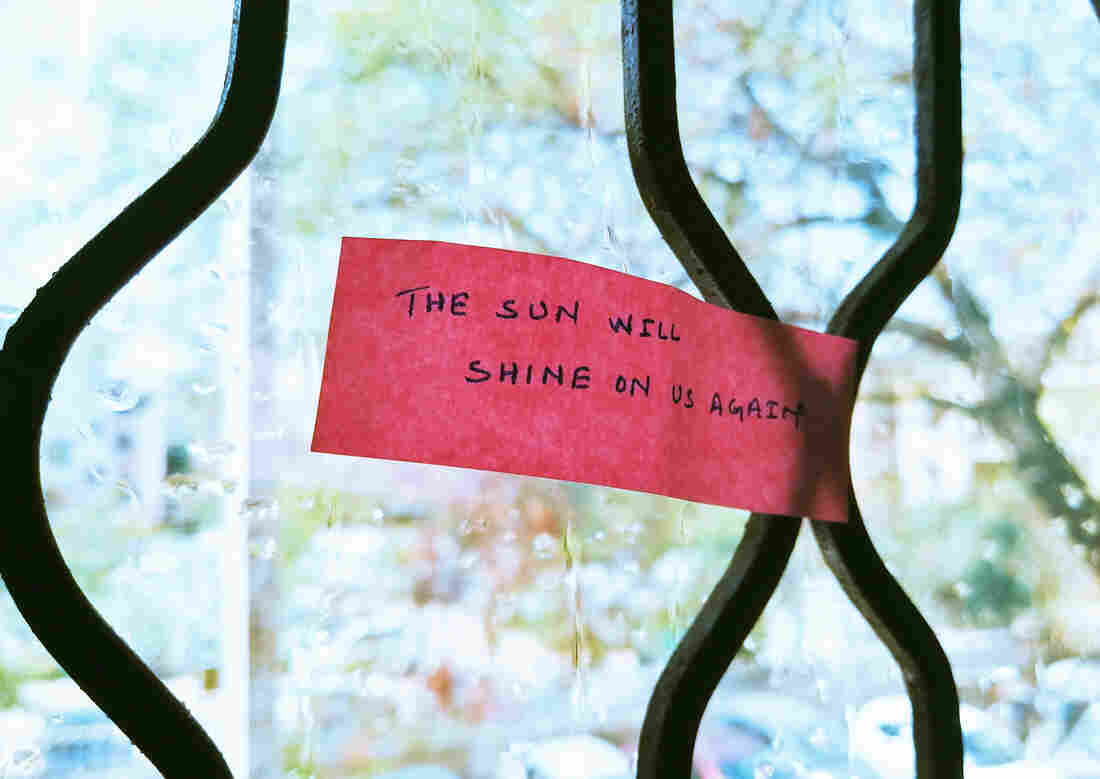 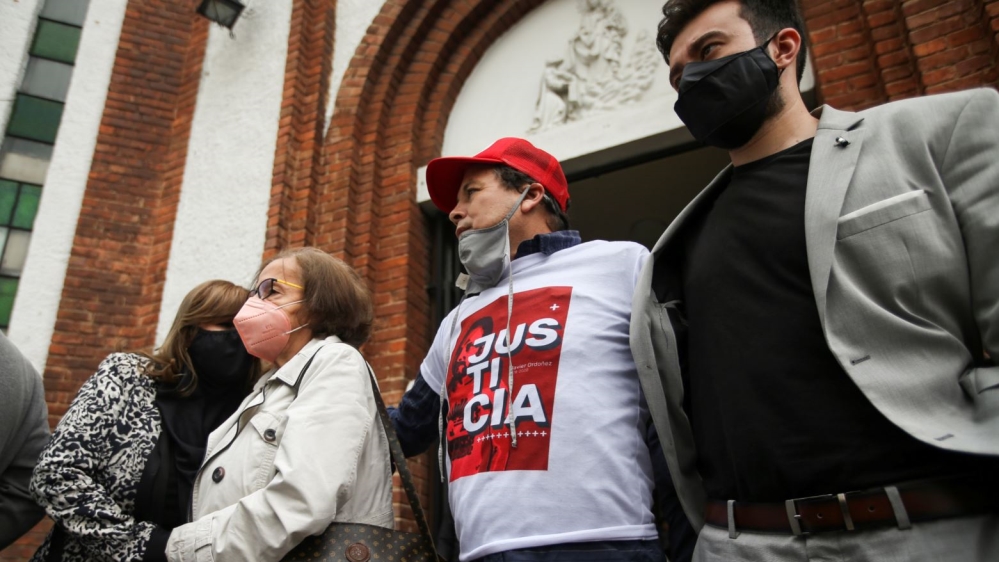 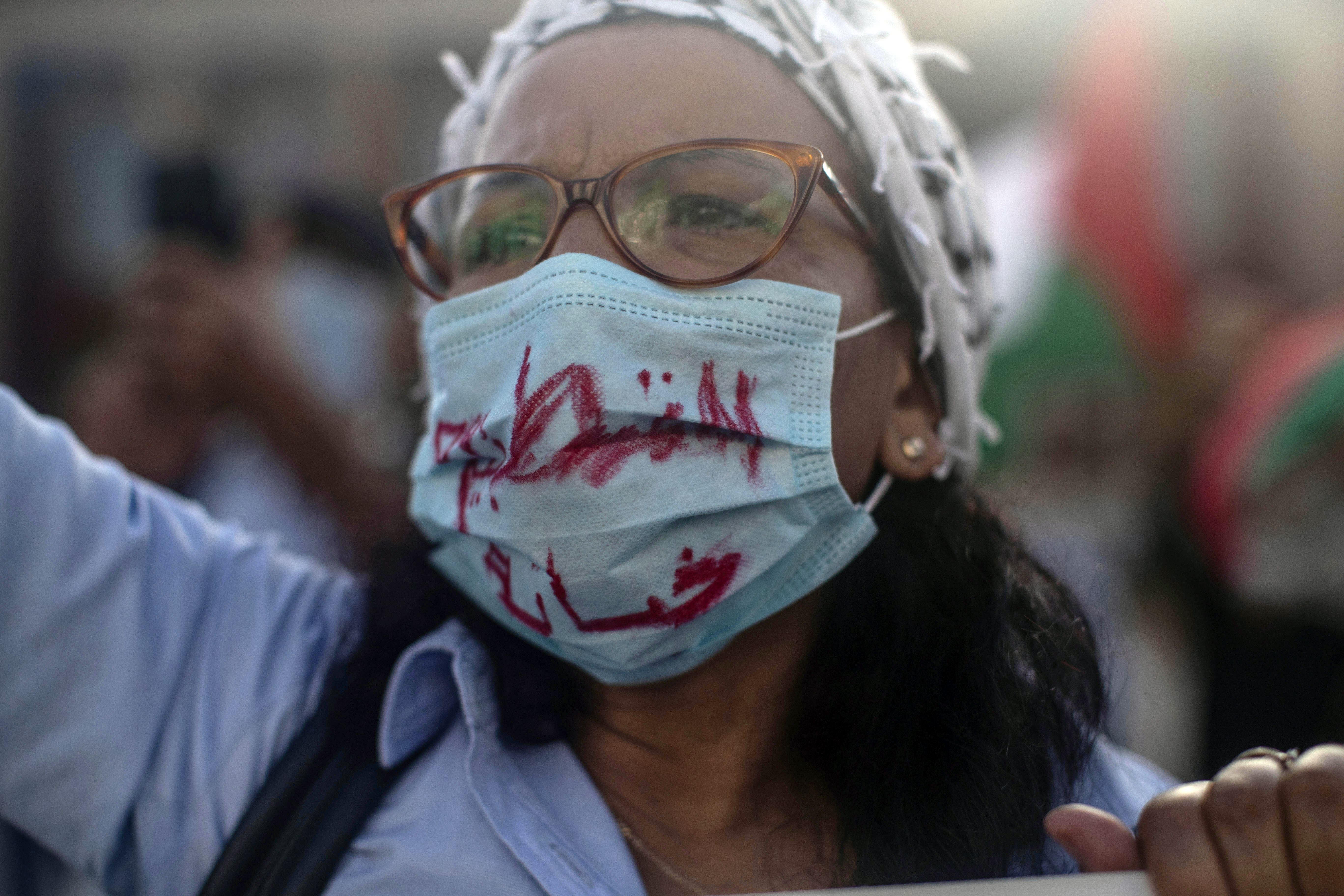 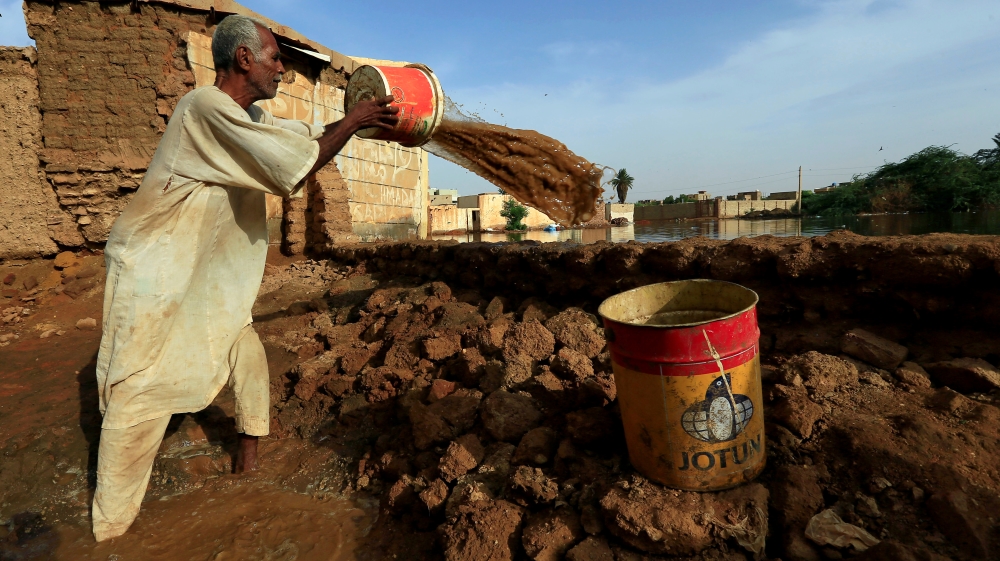